It was a particularly good Friday night at the Boxcar and the air was filled with semi-lascivious delight. The dance floor shook with that curious mix of people you get at certain clubs: effervescent grad students from Fairfield University, graying sugar daddies in Hawaiian shirts and women who just wanted to dance. The club scene is rocking all over our district these days (although, sadly, the Boxcar was forced to close on January 4). Still, there seems to be no shortage of good citizens looking for life on a Friday night — and a dance floor will do it.

The bouncy woman on stage with the pink Stratocaster was leading the call. It was Debbie Davies, who herself embodies the crazy blend of influences that make up our jivey, anywhere-anytime pop culture. Dressed in a sort of garage band-country/western style, she’s a California girl who spent years on the road with the great Chicago blues acts like Albert Collins, and now she’s settled in Stratford when not pounding out her vibrant brand of jump blues around the country — or right here. She played for hours, and neither the dancers nor her band flagged for a microsecond.

That a local club in Fairfield was able to offer a national act like Debbie Davies for a mere $10 cover charge did not impress one guy standing at the door arguing with the doorman. While he stood there beefing about the night’s tariff, his girlfriend was shooting daggers of disbelief at him for being such a cheapskate. The next couple in line nudged him and said, “It’s Debbie Davies! C’mon! It’ll be great!” The guy wouldn’t budge and then departed with an air of indignation, probably not realizing that his companion already had homicide in her eyes. She wasn’t getting to the dance floor tonight and, in another sense, most likely he wasn’t either.

If the guy wanted free music, he could no doubt find it, and within a short drive, too. There is a club for every taste right now in our area, whether it’s for high-heeled elegance or hard-core slamming, or all the folksy-bluesy beer-drinkin’ good-time-hangout music in between.

Why all the new clubs and hangouts offering music? It just might be that people like going out again. Movies and television have lately become too heavily commercial and idiotic for words; movie-house attendance, as a matter of fact, has dropped greatly in the past year. More people seem to be realizing that going out to hear live music just puts you in touch with your younger, fun-loving selves again.

And, naturally, there is that one timeless aspect of music by night — its great carnal lure. This can surely be witnessed in varying degrees of intensity in the nightspots. One raucous saloon has earned the nickname Club Viagra for the, uh, friendly sort of atmosphere that its visiting blues bands seem to stir up in its “mature” clientele.

The greatest resurgence in clubs is happening in Black Rock and SoNo. In either neighborhood you can walk from place to place with the senseless glee of any pubcrawler.

“It’s going nuts,” says Joey Hatrick, who just opened up the Opium Coffeehouse and Jazz Tavern on the bustling Fairfield Avenue scene in Black Rock.π “The city is now calling this Entertainment Row.” An artist and longtime hand in the local restaurant trade, he credits changes in zoning laws that now allow liquor establishments to be close to one another instead of 1,500 feet apart, as was once mandated. Indeed, with the front door open and people spilling out onto Opium’s patio, mixing it up with the crowds from Ray Kelly’s Pub next door, you feel like you’ve just slipped back into a Greenwich Village glory-days scene. “And there are four more places opening up here in the next month, including a martini bar and a sports bar,” Hatrick says, unfazed by the coming competition.

Right now, a brief stroll in Black Rock lets you check out ten different scenes, and they are all vitally different.

Back in downtown Fairfield, another interesting scene is also building, generally more refined than the Black Rock scene, but not strictly so. Perhaps the revived Community Theatre deserves credit for sparking the new nightlife.  Post Road has become a place to park the car and walk around.

In Westport’s downtown the new Bobby Q’s on Main Street is doing a lot to perk things up. Down close to the Saugatuck Bridge four lively juke joints are firing up the night, with the bustling Conte’s leading the way for Viva Zapata, Black Duck and the Mansion Clam House.

In Rowayton, music fans gather  Wednesday through Sunday at the River Cat, while in downtown Darien on Tuesday nights, the sounds of guitar music emanate from the Black Goose Grille.

The number of interesting new saloons simply cannot be counted. For this story we will concentrate on hangouts that offer live music. But you need to know more than a club’s song lists before going out on the town with this guide stashed in your pocket.

The music alone does offer a solid clue to a club’s identity. Jazz aficionados might, for instance, want a place where they can hear themselves think, and thus would feel at home in Norwalk at the Silvermine Tavern or the ShacoJazz Art Café. In a music-intense house like the Georgetown Saloon, however, there are some nights when the bands have the amps cranked to eleven and beyond.

Many clubs, like the huge and sprawling Black Bear Saloon in SoNo, prefer their bands to cover the familiar hits and not venture into the exotic; they know what gets the crowd moving and keeps them going. At Ray Kelly’s Pub in Black Rock, however, owner Kelly prefers his bands to play original music. “Lively, in-your-face stuff,” Kelly proclaims, an Irishman who tours nationally when not tending bar at his own place. “If you have bands that play original music, you get a different clientele. If you have Top 40 bands, you get a younger crowd. We get people of all ages.”

Indeed, it’s risky to categorize a place too quickly. Some places, such as the Pelican in SoNo, might have soothing folk one night and a steaming reggae band the next. Fairfield’s Green Room also gives a fast shuffle on the music styles, with a hard-core band one night and a soulful blues singer like Scarlett Lee Moore the next.

The one scandalous sensation that will remain untouched here is the presence of karaoke bars in our community. Yes, they do exist, and many clubs listed on these pages have nights dedicated to this alarming practice, not to mention Open Mic nights in which bands get nervous hopefuls out of the crowd for a number or two in front of, and, with luck, along with, a sympathetic house band. Does this sound like something you want to do? Take your guitar down and get on the list. Or haven’t you scandalized the community enough already?

What draws a person to one club over another often has little to do with the music. Some people like the dark and atmospheric clubs, others prefer at least enough golden light to check out the other scene makers. Still others feel at home in big showplaces that are lit up by a dozen big-screen TVs. Some clubs seem to attract people who really concentrate on the music, while in others the music is part of a larger atmosphere that also includes pool tables and general milling around.

Or maybe you just want to know how to dress before you go out? That’s not unreasonable. Fashion sense matters and you’ve got to know the all-important style points for your intended bôite.

A fellow going out on the town in a voluminous golf shirt, khaki shorts and sockless, tasseled loafers is not going to feel too secure wandering into Rain, a Studio 54 throwback in SoNo overflowing with fashion models and rakish guys in sunglasses. Similarly, the kid in clamdiggers and swiveled baseball cap is going to feel a little askew if he should stumble into the “O” Bar, the elegant nightspot adjoining the Bistro Saint Tropez in Fairfield.

The apprehensive reader could very well go down the list in our Things to Do pages and come up with all sorts of reasons not to visit one club or another. But half the reason to get out the door at night and visit the clubs is to find the one that suits you. Your perfect place is out there. Half the fun is finding it. And then you’ve got a place to go, which in this world is something to consider and desire.

It is always worth calling ahead to check out the entertainment. And the list will always be changing, so check out our Calendar section every month. Not every club is scrupulous about updating its website, although serious music clubs are serious about it. And things change. If we’ve missed a great place, be sure to let us know at calendar@ncdmag.com. 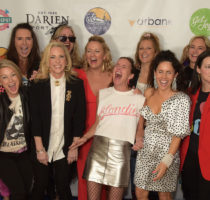