Rwanda. The name itself is synonymous with the genocide that occurred in 1994 when extremist Hutus tried to exterminate members of the Tutsi tribe. More than 800,000 men, women and children were massacred in just 100 days. The country is still recovering.

But recovering it is, as Virginia White of Darien discovered when she traveled there this summer. One reason for the trip was to visit her daughter, Julie White Oweiss, who lives in Kigali, the capital city of Rwanda, and works with Population Services International trying to stem the spread of HIV/AIDS. However, another incentive was to see firsthand the economic progress being made by a new exporting company, Gahaya Links. Ginny, along with a number of others, is working to publicize Gahaya Links and the efforts of its partners to help Rwandan women become financially independent. To do this she needed to visit with the women whose lives are being most affected.

Any discussion about economics in Rwanda today must focus on women, who now make up 54 percent of the country’s population; an estimated 42 percent of them are widows. Following the fighting, leaders of the reconstruction turned to women, hoping that, since very few of them had been directly involved in the fighting, they could assist with establishing a long-term peace. But exactly how to do that in a society where women are traditionally viewed as subservient to men wasn’t clear. 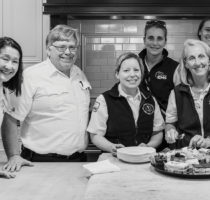 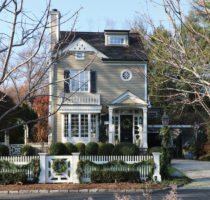 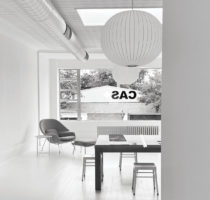