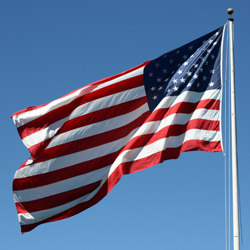 Miles and Troy Kirwin have had experiences that many kids only dream about. Basketball legend Walt Frazier showed up in their driveway to shoot hoops with them. Mark Johnson, a former New York Met, brought bats and balls to their house and invited their Little League team to a Mets game. The Kirwin kids got to be ball boys before a Knicks game, tossing basketballs to the players in a closed practice.

But, when their grandmother, Barbara Kirwin, talks about these times, it’s with a heavy heart and tears in her eyes. “The sad thing about this,” she says quietly, “is they had to lose a daddy to get these.”

Their father, Glenn Kirwin, died at age forty on September 11 in the attacks on the World Trade Center. He was a cyclist, runner, golfer and skier. A professional success, he was a senior vice president of product development and a managing partner of eSpeed, an electronic trading arm of Cantor Fitzgerald. But most of all, to those he loved, he was a devoted and generous husband, father, son and friend. The last time he saw his parents on Labor Day of 2001, he told his mother that some day he would buy her a house on a lake in northwestern Connecticut near one he owned because the setting gave her so much peace.