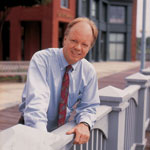 It’s that time of year again when people are thinking very heavily about real estate. You might argue, of course, that people in our towns never stop thinking about it. Our April issue, always devoted to the subject, is usually one of the year’s biggest sellers.

But another group of people get into a highly anticipatory state at this time of year — the students. This is the season for checking out mailboxes and looking for letters of acceptance, for news about scholarships, for contemplating ambitious camp programs. While their folks are thinking about having the gutters cleaned and slapping on some fresh paint, the kids are thinking about a big life stretching open before their expectant eyes.

There’s an author and columnist I know in Manhattan who delights in composing sulfurous jeremiads about the ignorance of today’s young. His own life was a gorgeous ride through the best schools and the most important banks. Now he looks around at today’s young and sees only a tattered mass of shiftless miscreants possessed of not one shred of cultural intelligence.

Well, you can scan the headlines and come away with the belief that we live in an American Idol nation. But I wish this friend of mine was there to witness a scene I saw last weekend. A neighborhood girl, just thirteen, was in a fretful state because she’d just been rejected by a prep school — by e-mail, no less. This girl had been through a lot in the last year — the breakup of her parents’s marriage, her brother getting in trouble with the authorities. But the brute determination she had learned playing lacrosse came to the fore last winter. She sent out a bunch of letters of application to all the better schools, starting with Exeter. She crammed for tests, she prepared for interviews.

Result? Seven rejection letters, but one big fat envelope of acceptance — with financial aid — from a fine school in Massachusetts. I will never forget the look of pride and happiness on that girl’s face. (And Exeter, I hate to tell you, you really missed out this time.)

Spring is also the time that young musicians and dancers show what they’ve been sweating over all winter long. At Fairfield University every spring, for instance, more than 1,200 kids show their stuff in the Young Musicians Festival sponsored by the Schubert Club of Fairfield County. It’s just one of the best shows in town, watching these kids troop up to the baby grand pianos in Canisius Hall music rooms while anxious families glow hopefully and watch. Whether they are age seven or seventeen, the kids, immaculately dressed, look so regal and sophisticated as they pound out their ringing divertimentos.

If my haughty Manhattan friend saw these scenes, maybe he would adjust his thinking. Just because pop culture celebrates the era of the slacker doesn’t mean that slackers own America.

As I watched those music students take their bows, their faces sober and filled with noble resolve, I had to smile. I could see any one of them finding vast success in life and living in the nice house up on the hill. Their conversations, I thought, would be interesting. 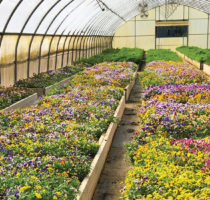 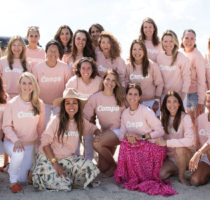 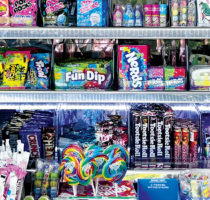