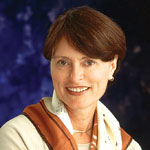 Take Cathy Kangas of New Canaan, a business executive and animal rights activist, who was the subject of a February Snapshot. In April Cathy made international news when she offered to help raise $16 million to stop the annual seal hunt off Canada’s eastern coast. That is the amount the Canadian government said it realized from the killing of baby seals, money that was vital to the fishing communities of the Gulf of Saint Lawrence and Newfoundland. This year’s hunt was expected to take 325,000 seals.

But the government wasn’t interested in Cathy’s proposal. Not only is the hunt legal, said Canadian officials, it is necessary from a conservation standpoint to keep the herd, estimated at 5.8 million seals, in check. “Also, is she going to offer $16 million over the next ten years?” asked one government spokesman. “This is an ongoing form of income for people [in the region].”

So what’s going on? asks Cathy. Is it really about the money for the fishermen, who, she says, are paid $1,200 (Canadian) for two weeks of work during the seal hunt and could earn double that amount in jobs related to ecotourism and other businesses? Maybe it’s conservation, but effective vaccines to neuter or spay the animals are available. Or are links between the government and subsidies to large fishing companies the real culprits? These claims, she says, are being investigated and reports are due out soon.

In the meantime, the biggest surprise for Cathy has been the positive response she has received from sealers, who in the past have been hostile to her. During the more than fifty live radio interviews she did this spring, fishermen calling in were very supportive of her efforts.
“I was flabbergasted,” she says. “These are tough people, but many of them are tired of this work and want something better for their families — and I’m presenting them with another option.”

So despite this year’s setbacks with the government, “We’re going back at it,” Cathy says. Stay tuned.

From seals to summer activities. Now that the kids are out of school, the days may stretch forward a bit endlessly. Of course, camp or a trip to Nantucket may be on your agenda, but are there other, simpler ways to enjoy this wonderful time of year?

Fortunately the answer is a resounding yes, as writer Diane di Costanzo found out when researching “Sound Advice.” And the best news is that fun is as close as Long Island Sound. You may be surprised by how many different options are available. Whether you want to learn a new skill like kayaking, plan to tackle the thrills of kiteboarding or just need a spot to relax with a good book (or magazine!), we’ve got some great suggestions.

After a day in the sun, what could be better than a night at the ballpark? We’re not sending you to brave the crowds at Shea or Yankee Stadium. Instead, why not try  Harbor Yard, home of the Bridgeport Bluefish? It’s close, it’s safe and the owners could be your neighbors. Find out more in “Diamond in the Rough.”

We’ve got all that and more, so sit back and enjoy. 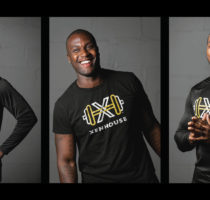