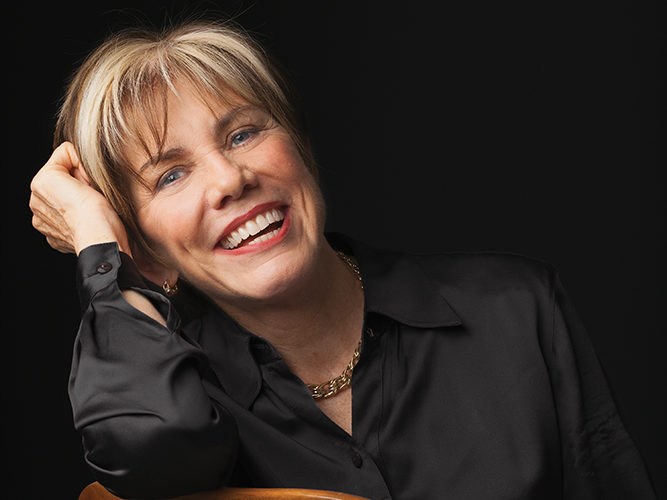 It was 1976 in Greenwich, the year America turned 200 and celebrated with a parade of tall ships on the Hudson River. Life was lovely on the surface but sometimes churned-up underneath, especially for the increasing number of teens calling a service called Hotline to report that things were so bad at home, they were planning to run away to New York City.

Enter Barbie McKelvey. A young mom with a first-grade daughter and a two-year-old son, she was a member of the Junior League of Greenwich, and involved in a joint project with Hotline to help troubled teens.

“I’ve always been drawn to children,” she says. Growing up in Pittsburgh, she worked for a camp for underprivileged kids and gave free water-ballet les-sons to kids at the local pool. So working with teens was perfect. “I was young enough that I could still relate to their problems,” says Barbie. “When I spoke about the project, I didn’t need a written speech. I felt like I was speaking from my heart.”

But the road to establishing an adolescent emergency shelter was rocky, Barbie says, especially because of the NIMBY (“not in my backyard”) reaction from some residents who didn’t want it in their neighborhood. Kids in Crisis (KIC) had two failed attempts before getting a house on Prospect Street near a parking lot.

“It took a lot for people to admit that Greenwich had a problem,” she notes. “That having troubled teens was not an economic issue, but a family issue.” KIC opened its doors in 1978.

Now, it has moved to a two-part facility in Cos Cob: a farmhouse converted into a crisis nursery for newborns through age twelve and a brick building right near it with ten beds for children from age thirteen through seventeen. The agency provides free, round-the-clock hotline help for Fairfield County kids and parents who are dealing with family crisis or pressure—from teens who need a sympathetic ear to teachers who suspect abuse and grandparents who see their families being torn apart by alcohol or mental illness.

“Barbie is a relatively tiny woman,” says Shari Shapiro, mother of three and KIC’s executive director for thirty years. “But she knows how to be that visionary. She spearheaded our funding. She had to educate the community, let them know these are our kids. I shudder to think what would have happened to the thousands of kids who have walked through our door if Barbie wasn’t here.”