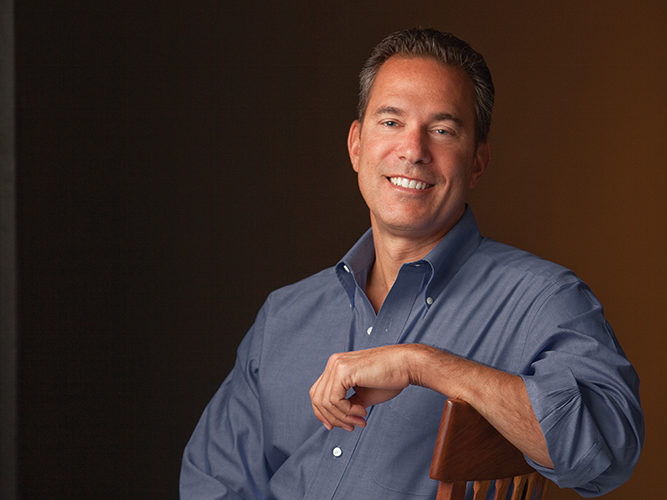 When Arnold Karp and his brother Douglas were growing up in Stamford, their parents Charles and Arlene were committed to teaching the boys the importance of gratitude and giving back to the community that nurtured them. The lesson went a long way.

Arnold Karp has volunteered his time and company’s resources to a roster of projects in Fairfield County. The president of Karp Associates, a successful construction firm, Arnold served on the New Canaan High School Building Committee (which transformed the 1970s school into a state-of-the-art facility) and lent his company’s mighty muscle to help build parking lots for the New Canaan YMCA and the Jewish Community Center of Stamford.

“Lots of people have different skill sets and if asked, are willing to use them for not-for-profits,” says Arnold, who lives in New Canaan. He has served on the board of the Stamford Museum & Nature Center for years and is past president—a role he grew into, since he and his brother spent a lot of time at the museum as boys, and their dad donated his accounting services to the museum.

Arnold was invited by Mayor Dan Malloy to bring his vision to the Mill River Collaborative, a planned park and greenway running right through the heart of his hometown. The fresh-air fantasy includes a kayak launch, ice-skating rink, carousel, jogging and bike trails and interactive fountain. In addition to putting his professional expertise to philanthropic use, Arnold also sits on the board of the Migraine Research Foundation, which grants funds to physicians and scientists to help find a cure for the painful and often debilitating condition.

And the family tradition continues. Arnold and Douglas (who also is involved in many volunteer projects) are passing on the concept of philanthropy to their own children. “They have to realize that their wants, wishes and desires take a backseat sometimes,” says Arnold. “Dad passed away before he could see the great qualities he passed on. We hope the next six children take the lessons they’ve learned from us. If you’re fortunate in life, you take the time to help others. It’s a commitment. Giving back is an important part of life.”

His brother is his biggest fan. “Arnold has always had a gift for building, literally and figuratively,” says Douglas. “As a kid, it was treehouses and then later rebuilding classic cars. He brings that ability to see around corners and solve intractable problems to his community commitments. He has an extraordinary willingness to lend a hand.”