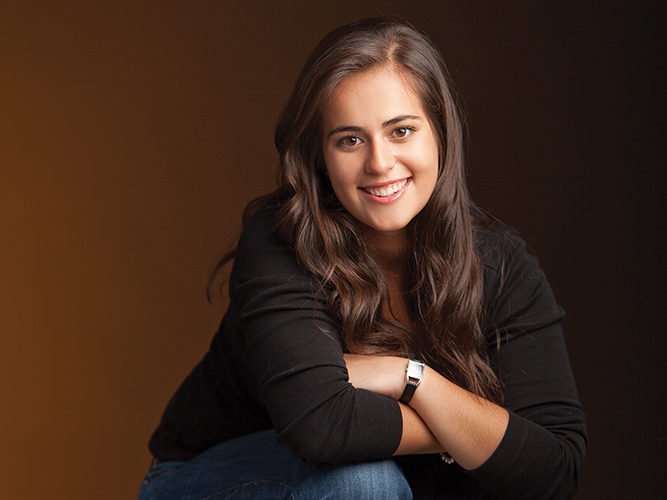 Jyotsna Winsor, eighteen, comes from a family with girl power aplenty. She is the second eldest of four Stamford sisters, including Mallika, nineteen; Rachel, seventeen; and Dawn, fifteen. And they’re all about equipping kids, young women in particular, with the self-confidence and skills to excel in technology, math and science—via robotics.

JoJo, as her friends call her, and her sisters started participating in robot-building with FIRST LEGO League (FLL) student teams in 2001. The international league is a partnership of the LEGO group (yes, those colorful building blocks) and FIRST (For Inspiration and Recognition of Science and Technology), an organization founded in 1989 to inspire kids to get interested in engineering and technology. FLL competitions are for ages nine to fourteen, and involve teams who build robots according to an assigned theme, such as Ocean Odyssey or Power Puzzle, and display them in expos and tournaments.

When JoJo and Co. got to Stamford High, they had aged out of FLL, so they set out to start Stamford Robotics. “My sisters and I were too old for FLL, but we decided we couldn’t stop the momentum of this program that had such a tremendous impact on our lives,” says JoJo.

So acting as mentors, coaches and science/tech messengers in general, they branched out to bring Junior FIRST Lego League to kids ages six to nine years old. They recruited nearly fifty “Junior Mentors” from high schools, and, JoJo proudly says, the league now has hundreds of kids involved and is constantly training new teams.

“We started bringing math and robotics to the schools,” says JoJo, now a freshman at the University of Connecticut, where she’s studying materials science and engineering. “It was the coolest thing. A lot of girls got involved and that’s important, because a lot of times they shy away from math and science.”

For JoJo, volunteering has been like breathing, ever since she was a Daisy Scout at age five. In seventh grade, she started visiting nursing homes, to play her trumpet, sing songs or talk one-on-one with residents. In high school, she volunteered with the junior teams at the Boys & Girls Club.

Now that the Winsor women have gotten more kids pumped about tech, math and science, how about getting them off their cell phones and into volunteering? “If a teen can’t find something she’s interested in, volunteering can be a drag. It takes exposure to that special something that might spark a flame in someone’s heart and inspire her to give back,” JoJo notes.

For her little sister, JoJo helped spark that flame. “JoJo always puts others before herself,” says Dawn. “She really has a great way of showing the interesting side of math and science, which makes kids want to learn. She has made a difference in all of our lives.”