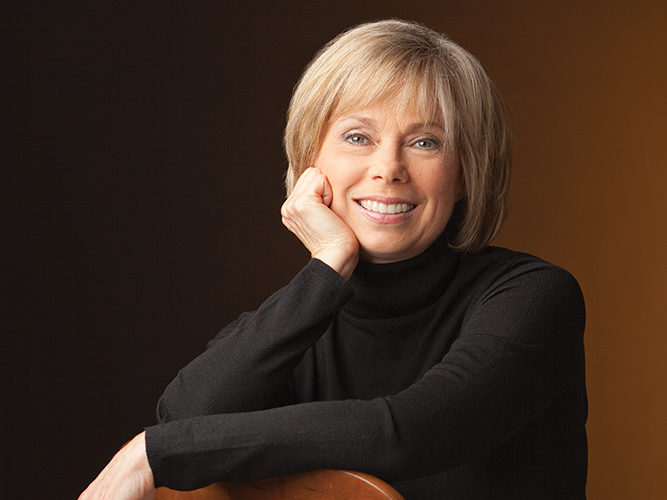 Rosalia Barnes of Old Greenwich sensed a good opportunity for her son when she saw it. Tom, now a junior at NYU, was giving up high school sports, and she wanted to keep him from feeling adrift, something a lot of teens experience. So when she learned that their church—historic Christ Church Greenwich—was possibly ending its ministry to help the homeless via Midnight Run, a Dobbs Ferry-based organization that delivers food, clothing and toiletries to the homeless of New York City, a lightbulb went off.

“There were no real plans to keep the program going forward. I thought this would make a good activity for older teens, to give them an anchor to the church,” says Rosalia, a full-time market research consultant. Her instinct was right.

She gathered about fifteen kids, including Tom, all sophomores and older. Part of the attraction was that they could earn community service hours; the other part was that Rosalia empowered them. They would run the program. She was the adult chair, but they would do the bulk of the work, learning to manage and lead an organization.

They set up a plan that is still in place. Once a month for two hours, teens meet at Christ Church to sift through donated clothes, editing them down to an inventory from which the homeless can choose. After a teen banks enough sorting hours, he or she earns the chance to do a Midnight Run.

Then on various Saturdays throughout the year, whether the teens are going on the run or not, they spend the day together, each bringing one ingredient to make the hearty beef barley stew that will be handed out that night. They load the van for its New York voyage, with big containers of stew, plus coffee, orange juice and sack lunches for the next day (two sandwiches, a hard-boiled egg, fruit and a cookie). A selected team of six teens and two adult volunteers leave at 9 p.m. Saturday and return around 2 a.m. Sunday.

Once in the city, the van parks at designated stops on the East Side, from 42nd Street to 125th Street, and the kids fan out in pairs to deliver sustenance and kind words. “When a young person engages someone in conversation, it brightens that person.” says Rosalia.

The run also provides perspective. “The kids so appreciate what they have. You know, ‘There but for the grace of God go I.’ They understand that these people had ordinary lives but somewhere along the way, something bad happened,” says Rosalia.

Volunteers like Mary Ann Eggers, now a Dickinson College sophomore, sing Rosalia’s praises. “I got to go on the actual runs many times. Probably the best experience of my life,” says Mary Ann, who attended Greenwich High. “I’ve never done more fulfilling community service. The direct experience with the homeless was amazing. And Rosalia Barnes is like my second mother. She has such motivation to get teenagers involved directly with the community.”

Rosalia is quick to point out that her efforts wouldn’t succeed without her very special kids. “The teen years can be superficial, but my kids are making sandwiches for the homeless. There’s more to life than cell phones and Facebook. They spend their Saturday nights doing this till two in the morning when there are a lot of other options.”