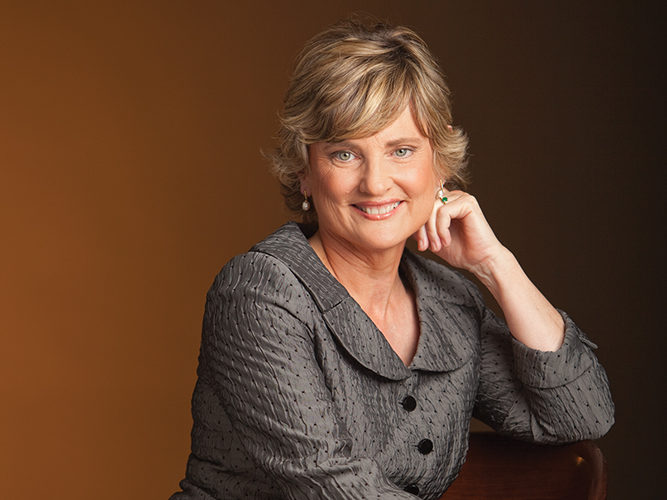 Sally Schenk won’t settle for the status quo, not when she has the power to help facilitate change. Since she started volunteering thirteen years ago for Family ReEntry—an agency devoted to helping people in the criminal justice system avoid the revolving-door cycle of crime—she has been steadfast in her determination to stop the pattern in poor pockets of Connecticut, while keeping an especially close eye on the neighborhoods in Bridgeport, Hartford and New Haven, and the young men there.

“It’s a terrible drain,” says Sally, president of the board of directors since 2000. “The boys grow up thinking it’s normal to go to prison. We need successful men to turn these neighborhoods around. The kids need a chance to see their fathers, brothers and uncles succeed.”

The former marketing pro figured she could put her skills to work. “My feeling was, if I can test-market toothpaste, I can test-market reentry in Bridgeport,” says the Stamford resident. But her first six years leading the board were tough. “I had to find people to believe in this cause, that it’s not just an era of lock them up and throw away the key.” She says the support of beloved Greenwich philanthropist Joan Warburg has been pivotal—she has hosted the hugely successful annual Family ReEntry fundraiser at Bydale, her country estate, since 1999.

Through programs that provide a variety of services including domestic violence intervention, mentoring and behavioral health modification, FRE helps about 2,000 men, women and children who have had a parent in prison every year.

Sally notes that Connecticut has the greatest racially imbalanced incarceration rate in the United States. “Accepting the status quo as okay is entirely wrong,” says Sally. She knows her facts by heart: The average cost to incarcerate someone is $40,000 per year, the average term is two years, and while African-Americans comprise 10 percent of the state’s population, they make up
44 percent of the prison population. But she is adamant in her belief that the system can change—one program, one person at a time.

“Reentry programs that gave a man a MetroCard and a pair of jeans and two hours of résumé writing were too thin,” she notes. FRE’s paid staff and volunteers—a team of counselors, caseworkers and mentors, many of whom are former offenders—meet regularly with the prisoners and follow up after their release, as part of the Fresh Start Community ReEntry model program.

With Sally heading the board, the agency has grown  tenfold, thanks to a jump in annual revenue from $285,000 in 1999 to about $3.5 million this year. Best of all Yale University research has shown that Fresh Start has reduced recidivism rates by 54 percent.

“Sally is absolutely unflappable,” says Nancy Helle, who works with Sally on FRE benefits. “She’s able to handle any crisis graciously. She’s president of the organization, but she’s in the Norwalk office every day, working just like any other staff member. She’s totally committed to seeing Family ReEntry succeed.”