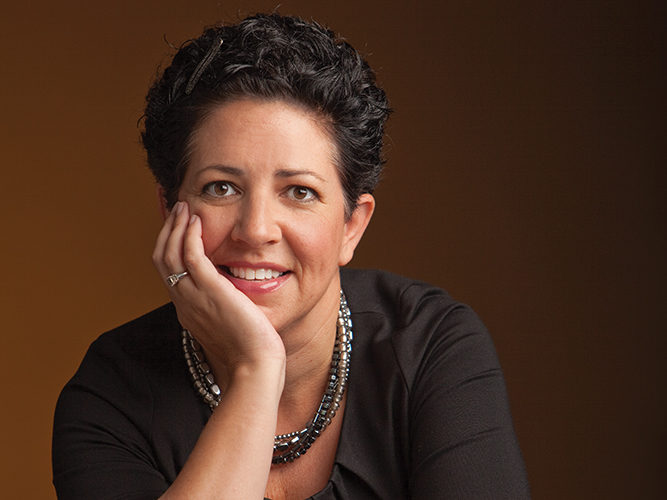 Parents and teachers in schools across America hope and pray for someone like Sue Rogers to walk through the door—to advocate for kids, gel with the administration, and inspire and lead the Board of Education (and moms and dads) to move mountains and make things the best they can be.

Because if Sue can’t do it, no one can.

The Greenwich mother of two sons, ages ten and twelve, has proven again and again that she’s in it for the long haul when it comes to achieving a goal she sets her sights on. Even if that means fighting for a cause for almost ten years—from the time parents were surveyed in 2000 about improving Glenville School on Riversville Road until the day the new building opened near the end of 2009. While serving as Glenville PTA president, she spearheaded the lobbying effort for the $28 million building project. The space now boasts amenities including a “gymatorium” with sleek sound system, a courtyard and a media center with a TV studio.

“Sue is the chief lobbyist for education in town,” says friend Peggy Berenblum. “She never stops. She was the driving force in getting the Glenville School building project completed. She also attends every Board of Ed meeting, which never seem to end before 11:00. In that small body beats a heart bigger than any other I have seen.”

Now serving as president of the Greenwich Public School PTA Council, which coordinates the efforts of fifteen individual PTAs, Sue is also in her eighth year as an active member of the Junior League. She brought in record revenues in 2007 at The Enchanted Forest, the League’s biggest fundraiser and was chosen to chair the fiftieth anniversary event for more than 500 members and community dignitaries, celebrating the legendary organization that began in 1959.

And as a product of the public school system herself—she graduated from Greenwich High, as did her parents—Sue understands that PTA parents see beyond flower sales and book fairs, and cut to the heart of what matters: their children. “It’s very emotional when you talk about your kids,” she says. “You can be a calm person, but when you think there’s an injustice being done, you would lie down in the middle of the Post Road. People just want to be heard.”

Like most big thinkers, Sue looks to the future and the legacy she’s leaving. “You’re talking big-picture commitment. I didn’t fight to rebuild Glenville School for my kids—my younger son is in his last year there. But I tell my boys, “Every time you go by this school, you’ll know what I and others did. I feel like I taught them a valuable lesson, that you can make a difference with a little determination and a lot of luck.”