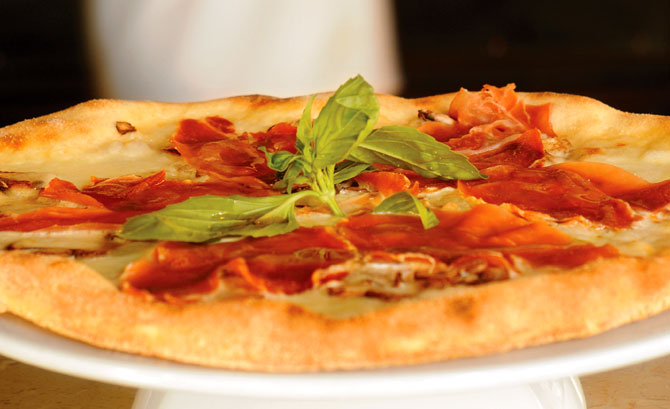 So many Italian restaurants, so little time—especially if you count the Stamford and Port Chester trattorias in the mix. So what distinguishes Doppio from the pack? Brothers Louis and Joseph Barresi opened this convenient ristorante at the corner of East Elm and Mason with a goal of bringing the best of Southern Italy stateside. The first generation of their Italian family born here, they come from a clan with a background in the food business. The restaurant’s name, meaning “double,” refers to the pairing of two of their favorite foods, pizza and gelato. Not surprisingly, these edible obsessions are also some of Doppio’s strongest suits.

I have sampled many authentic pies in recent years, and I am in love with this pizza. At a recent Sunday night dinner, we ordered the basic margherita—allegedly for our little one, but everyone else at the table wound up devouring it. Each pie is handmade by the pizziolo, Giuseppe, formerly of Zero Otto Nove in the Bronx. Topped with San Marzano tomatoes and slabs of high quality mozzarella, the margherita pie is a perfect balance of juicy toppings and crispy crust. Maybe it’s the drizzle of olive oil finishing some of the pies? Or some secret ingredient in the dough? Or a trick up Giuseppe’s sleeve? Whatever the case, Doppio’s pizza is dope.

Our waiter was friendly and articulate about the cuisine, even as he buzzed from table to table. And of course, we explored the rest of the restaurant’s very large menu too. For starters, the bruschetta is artfully prepared: three large toasts heaped with tomatoes, more of that top-notch mozzarella and prosciutto. We also savored the Arancini Siciliana, a Sicilian specialty that’s not very common on menus in this country. A crispy, lightly fried ball of risotto served with tomato sauce on the side, it was sized for splitting and not as heavy as it sounds. The bright citrus-fennel salad, dressed in a lemony vinaigrette, with char-grilled octopus on top (Polpo alla Griglia) was my favorite appetizer, a fresh beginning to what would become a substantial meal.

The interior of Doppio in Greenwich, CT

If you sit at the center bar in the restaurant, you can get a glimpse of the pizzas being made or homemade pasta being rolled. Based on the action in the kitchen, a pasta dish is a must-order. We opted for two. The first, lasagna di carni, was served in a deep bowl filled with layers of pasta and meat; it tasted as though a skilled Nonna had just whipped up her best comfort food. Another agreeable entrée was one recommended by our waiter: Fusilli in Cartoccio. The fresh Calabrese-style pasta, porcini mushrooms, heirloom red and yellow tomatoes, mascarpone cheese, and slivers of garlic are cooked using a special technique, steamed in a foil pouch that’s opened right at the table. As the waiter cut into the foil, this amazing truffle aroma was released. The dish was a huge portion and a bit rich, but how could it not be with a mix of mascarpone and truffle oil?

For a lighter entrée, we liked the Capesante Escarole, pan-seared scallops that are sweet and well cooked, balanced by the not-too-bitter, mildly garlicked escarole and red pepper. A special that evening, the osso bucco was the typical meat-falling-off-the-bone in a savory sauce that wasn’t too thick or overhanded, as can happen with the dish. One minor gripe: the accompanying polenta was a bit salty. If anyone eating here has a quip with this place, however, it’s more likely to be about the acoustics of the small, dark-walled dining room. With glass windows and blinds on two sides and tightly packed  tables, the noise level may require you to repeat parts of your conversation. This setup amplified the squeals of a toddler seated behind us. We appreciated the fact that the place welcomes kids. But those seeking an intimate dinner or a quiet date night may find the atmosphere less conducive.

What’s sure to leave diners feeling sweet on Doppio is the second part of its “double” promise, the gelato. A friend who spends her summers in Sicily had recommended this gelato to me, and it did not disappoint. Turns out the Barresis’ Uncle Vincenzo has owned a gelateria in Reggio Calabria, Italy, for thirty years, and he’s the one who taught his nephews how to make this frozen treat. After the waiter brought us tasting samples of various flavors, we settled on the biscotti (which has pieces of crushed Italian cookie in it) and the nutella. So creamy and flavorful. On another visit, I opted for both peanut and chocolate gelato after discovering that they will dish out two flavors per bowl. The combo was heavenly, and it seemed fitting for this happy little restaurant to serve in pairs. It was the kind of ending to a meal that makes you want to return—on the double. 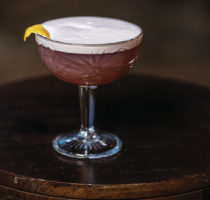 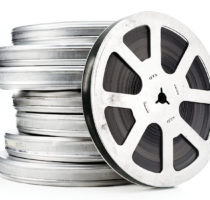 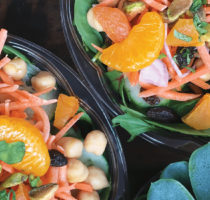 Three local culinary GROUNDBREAKERS not only nourish, but they also keep the ENVIRONMENT in mind 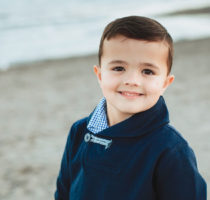