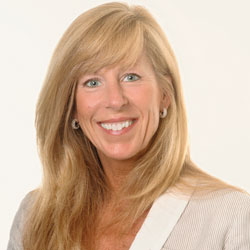 After Girls made its debut on hbo, there were many animated conversations about the show in this office as, one by one, staffers became obsessed with the dramedy that’s hilarious, heartbreaking and even a bit shocking. Although many of us are older than the four main characters, we found it easy to relate to the twenty-somethings in the series, and to the unsteady yet rousing coming-of-age experiences they have making their way in New York City. When we were offered the opportunity to profile one of the show’s stars—Allison Williams, who grew up in New Canaan—more than one person jumped up from her desk and out of her sleek slingbacks at the chance to do the story.

Beth Cooney Fitzpatrick wrote the profile of Ms. Williams (page 62). Beth was eager to meet the rising star primarily because she loves the show, but also because she had interviewed the actress’ father, Brian Williams of NBC Nightly News, more than a decade ago. “At that time, he told me his children almost never watched TV and had never seen his broadcast,” says Beth. “Naturally, I was curious about the influence of that type of upbringing. Now, having met Allison, I find myself wishing I had never let my own children watch anything but public television!”

Smart, sophisticated and driven, Williams made the leap from undergrad work at Yale to a leading role in an Emmy-nominated television show in short order. Yet even with the relatively sudden fame, this young talent is decidedly down to earth. “Some celebrities can be blasé about the interview process, but Allison was completely engaged in the conversation,” says Beth. “And she has a genuine affection for New Canaan and the people who touched her life there. When I told her I had talked with one of her homeroom teachers at New Canaan Country School for the story, her face brightened and she sighed with delight.”

Allison Williams is today’s It girl, but in this issue, you’ll also be introduced to ten talented kids who could be tomorrow’s stars. In Teens to Watch (page 78), Carol Leonetti Dannhauser profiles a group of exceptional local students who are not only scary smart, but downright talented and unabashedly passionate about their interests. Carol knows and respects teens. She’s been an artist in residence in many high school classrooms as a Master Teaching Artist for the Connecticut Commission on the Arts and is the editor of Cooking Teens magazine. She has two sons of her own, too, who she says “have grown tired of hearing me talk about how inspiring these students are. I can’t wait to see just how far they go in life and what they will achieve.”