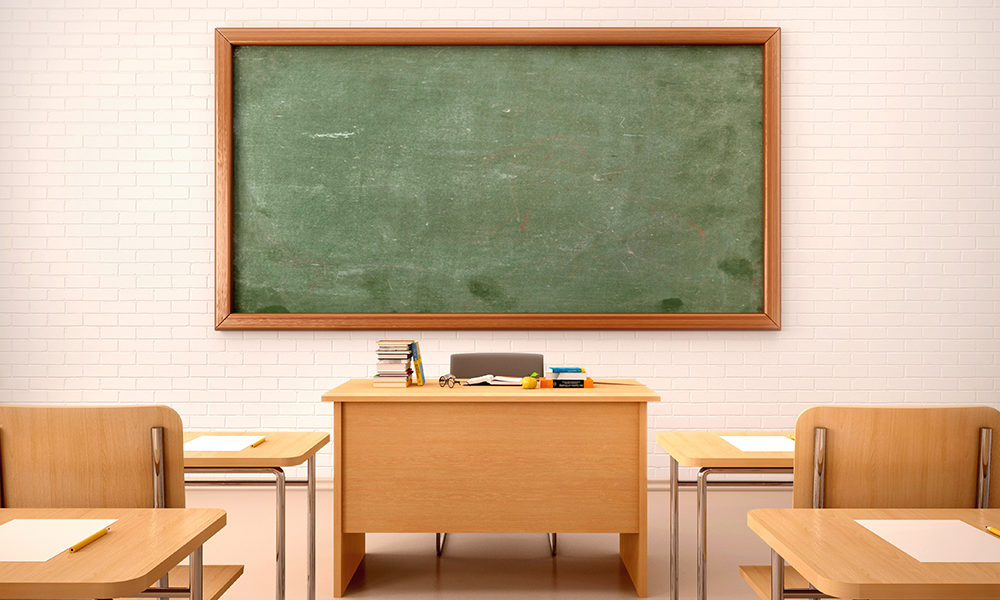 We asked the students of our “Top Teens to Watch” feature to turn the tables and nominate their favorite teachers. Then, we caught up with these stellar educators. Here’s what they had to say.

Jason Cummings has been teaching Spanish for 10 years and recently moved to Boston with his wife where he’ll be working at Beaver Country Day in Chestnut Hill, MA.

On teaching a foreign language: Finding real context that motivates students is sometimes a challenge. When the kid’s only motivation to take a foreign language is college and requirements, it’s hard to get real learning.

Words of wisdom: Study what you want to study, not what earns a paycheck—that’s what grad school is for.

Robert first took the teaching job at Prep 35 years ago after graduating from Fairfield University. In addition to teaching science at Prep, Robert coaches the cross country team and teaches at the University.

Lessons in sports: There are very few immediate rewards in cross country, if you don’t put in the work well in advance of when you want it to pay off than it won’t be there. That’s something that also makes you successful in school and in life.

Place to grab a bite in Fairfield: On a very rare occasion, Super Duper Weenie.

Nilda has been an English teacher for 10 years. She says of Christina, “At one point in the Capitol Building, I remember walking next to her and knowing she would be a future leader in America.”

Tough part: The hardest part is when you realize that there are outside issues in every student’s life that you can’t fix for them. Sometimes there are many students with life issues bigger than a paper that’s due like financial struggles or a family death.

If I weren’t a teacher I’d be: An editor for the New Yorker.

Favorite place to grab a bite in Fairfield: Country Cow.

Jon Matte has been teaching math for 20 years. He’s a family guy who loves to create and solve puzzles.

Calling: Ever since I can remember I’ve wanted to teach. It’s like when you get a calling, that’s kind of how I felt with teaching. And math, the beauty of it, the puzzle factor—it drew me in and held on to me.

College advice: Don’t go in with tunnel vision. And fall in love. That doesn’t necessarily mean with someone, but fall in love with someone or something. It’s a great age to do that.

If I could have a superpower it would be: Mind reading

Katy came to Fairfield for college and fell in love with our town. She’s been a history teacher for eight years, all of them at Ludlowe.

On Ludlowe kids: They are so nice and kind. Kids say, “Goodbye, thanks for class today.” They’ve got so much going on in their lives—especially junior year with college—and they’re thanking me for a 40-minute lecture!

If I weren’t a teacher I’d be: An entertainment gossip columnist.

When I’m not teaching you can find me: Playing with my children.

Margaret has been a teacher for 14 years, teaching subjects that range from American studies to psychology to global studies.

Funny moment: For the first time this year I had a student call me mom. He was asking me to go to the cafeteria and I said, “No,” and he said, “Come on, Mom.” For the rest of the year he’d say that whenever he wanted something.

Ross is an English teacher who commutes an hour each way to teach at Warde. He’s been there for seven years and says the job is worth far more than the commute.

On teaching English: I get to deal with all the big matters in the world; you can really explore core questions that humans have been wrestling forever. And year after year I get to have those conversations with people who are having this discussion for the first time.

Learning from his students: Every day I learn how much I do not know and just how rich and storied young people’s lives can be.

This self-proclaimed “real Fairfield boy” has been a teaching math for 41 years.

Why math? Well I was an English and Philosophy major but that was the 60s and it was stupid to major in math. But math has always been my passion. Math is the first time in anyone’s life that you start to think with logic. I love the structures and the mysteries of math. I love that there are things we don’t know about math.

If I weren’t a teacher I’d be: A famous folk rock star, I’d be the guitar player.

Can’t live without my: Children.

Carol Samuelson, a social studies teacher at Ludlowe, recently got her doctorate in philosophy (so that’s Dr. Samuelson to you) and was the commencement speaker for the class of 2012.

Favorite spot to grab a bite in Fairfield: Garden Catering.

Marc has been an English teacher for 15 years and has taught in places as far away as China and Detroit.

On teaching in China and Detroit: [In Detroit] I got to see a lot of the issues and problems of working in that kind of an environment. I saw how important education is for individuals and for communities. And in China I saw how their world’s changing so rapidly and they’re so eager for education. I think many Americans take education for granted. I was inspired by those students who really wanted to take on the challenges of a rapidly changing world.

If I weren’t a teacher I’d be: A professional kayaker.

Maria has been a science teacher for six years and has taught both at Warde and Ludlowe. She’s moving to South Carolina with her husband, but wishes she could somehow keep her job at Ludlowe.

Funny moment: I was doing a demonstration and it hadn’t been very snowy so I decided I would make it snow inside a big graduated cylinder. So I said, “I’m going to make it snow,” and one of my students legitimately looked out the window. I hoped no one else had seen, but of course they had and we all were laughing. I told him, “I’m flattered you think I have that much power, but I’m just going to make it snow inside the graduated cylinder.” He just laughed and said, “I’m tired, it’s almost break.”

My favorite class I took in college was: Indigenous Uses of the Tropical Rainforest.