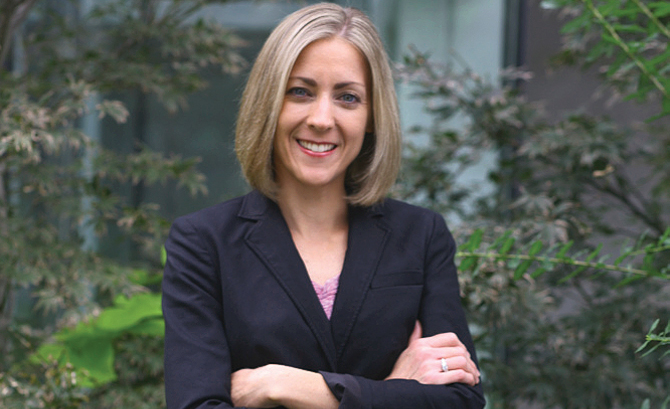 What do you get when you mix an attorney’s failed mission to buy her husband some underwear, a super-soft men’s shirt, and an orphaned dog? Charlie Dog boxers, of course.

Weston resident Joan Wharton had been practicing law for fifteen years when a mundane shopping trip spawned a business idea. “I realized there were no boxer shorts in patterns or material that I liked. I went home and my husband had on this shirt he loved. It had a high thread-count and was really soft. I thought, This material would make amazing boxers.”

Wharton, who went to law school at Georgetown and worked at a firm in New York before moving in-house at a marketing company in Norwalk, had been considering a career change: “I wanted to do something a little different and thought the fashion industry would be interesting.” Never mind that she had no experience in this realm. Wharton says that growing up in California, she “wasn’t even one of the girls in high school who worked at a store in the mall.”

She recognized an untapped market, though. “Women buy boxers for the men in their lives, but the companies out there weren’t targeting women,” she explains. For three years, the budding entrepreneur spent her evenings and weekends learning about fabric and garment washing and developing a line of boxer shorts with an aesthetic that would appeal to both men and women. Last November Wharton launched Charlie Dog Boxer Company, which is named after the Labradoodle that she and her husband owned—and loved dearly—before realizing the playful pup deserved a home where he wouldn’t be alone all day. Charlie now lives with his adopted family in Seattle.

“I grew up with dogs, and I always had a soft spot for animals,” says Wharton. “I wanted to save every hurt animal I found.” Now she’s helping needy creatures every time she sells a pair of boxers, as 5 percent of net profits goes to animal welfare organizations, such as Alaqua Animal Refuge in Florida. The boxers are available locally at Mitchells and at charliedog.com. Dan Farrington, general merchandise manager at Mitchells, read about Wharton’s company and gave her a call. “I love local entrepreneurs,” says Farrington. “Then I saw that she’s doing a better product, using dress-shirt quality fabric.” He has test driven the boxers and comments, “They’re wearable and classic.”

Charlie Dog boxers are manufactured in Peru. “They are made out of extra-soft, very fine Peruvian pima cotton, treated with a non-chemical softening process, and dyed with non-chemical dyes,” explains Wharton, who designs the boxers and gives them men’s names. In the first collection, the chic purple-blue-white striped Alexander is especially popular, as is the Alonzo, “a nice blue with pops of yellow,” describes Wharton. “I’m starting on the Bs.” Her husband, James, has a bit of a wait before he has his eponymous pair.

Charliedog.com offers two creative ways to reduce the $30 price tag by 25 percent. E-mail a photo of “Holey Boxers” to be posted on the site, or “Show Off Your Dogs” from some far-flung locale; Wharton intentionally put the label on the outside of the waistband, so customers can pull down their jeans a bit while hiking up, say, Mt. Kilimanjaro (that’s where a recent submission originated), and snap a shot modeling their Charlie Dogs. Women may as well get in on the money-saving fun, since word is they can’t resist wearing the comfy boxers to bed.

Wharton plans to add t-shirts featuring the Charlie Dog logo, which strikes just the right balance between cute and cool. Next up: baseball hats. Then, perhaps pajama pants, cargo shorts, pants… “We would transition to Charlie Dog Clothing Company at that point,” says the ex-lawyer who likes to say she’s “gone from briefs to boxers.” Men and the women admiring their guys’ stylish skivvies will agree: It was a good move. 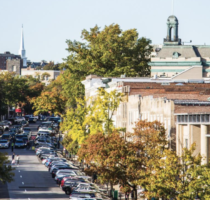 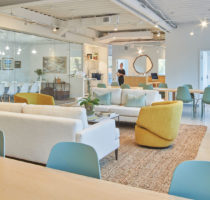