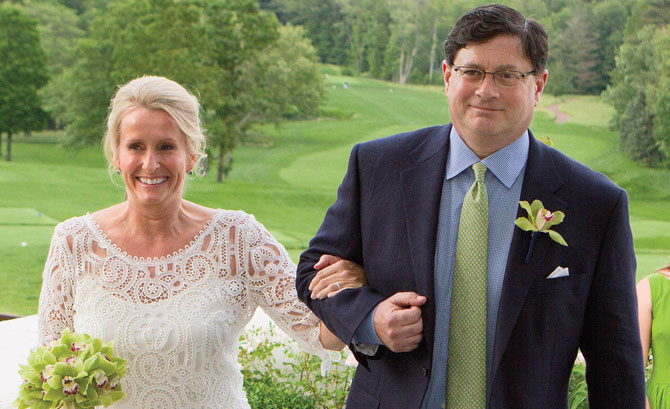 Thirty-seven years after their first kiss, Molly O’Brien and David Watkins tied the knot this past June. The high-school sweethearts met in 1975 at New Canaan High School and it was a chance encounter that brought the two together again just a few years ago. “It was like the years had never passed,” says David. Attended by their friends, family and children, the wedding ceremony and dinner took place on the terrace at the Wee Burn Country Club. Reverend Dale Rosenberger of the First Congregational Church in Darien officiated the ceremony.

A graduate of New Canaan High School, Molly received her bachelor’s degree in business from Skidmore College and currently works as a realtor with William Pitt Sotheby’s International Realty in Darien. She is the daughter of Kay and Edward Hood of North Palm Beach, Florida, and Banner Elk, North Carolina. The bride’s parents are former residents of New Canaan.

David is the son of Gretchen Watkins of New Canaan and also graduated from New Canaan High School. He received his bachelor’s degree in economics from Hobart College. He is in private wealth management at UBS Financial Services in Stamford. The couple resides in Darien and will honeymoon in Italy this year. 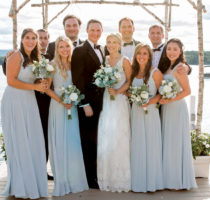 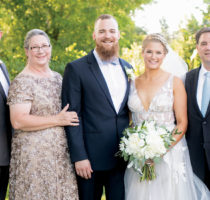 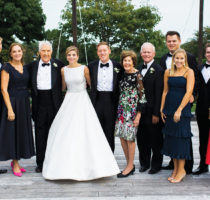 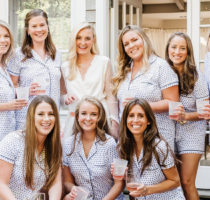 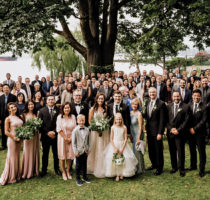