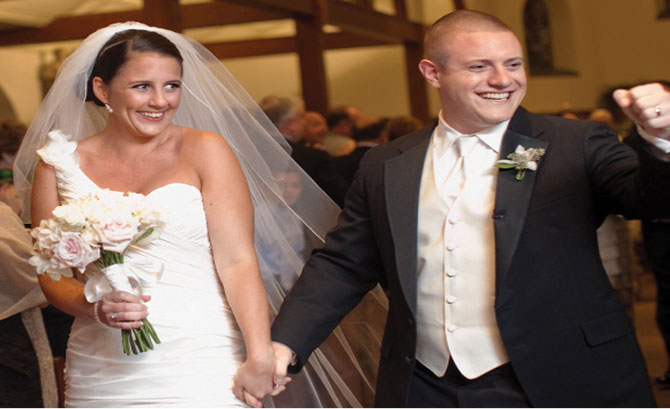 When Megan Williams and Ryan Jones met through a mutual friend it was love at first sight. “I knew right away,” says the bride.

After dating for four years, Ryan arranged a surprise party for Megan with 100 guests but told her they were going to a barbecue at the home of his good friend’s parents. “Megan will tell you that I didn’t give anything away,” he says. “But my heart was racing as we neared the party and I turned on Van Morrison’s “Into the Mystic.’”I stopped the car and reached into the glove box for the ring. The next two minutes are a blur.”

The happy couple showed up at the party to share their happy news and celebrate with their family and friends.

The ceremony took place at St. John Church in Darien followed by a reception at Wee Burn Country Club. Megan and Ryan were especially happy to see their beloved pug, Murphy, waiting for them at the end of the aisle after they’d exchanged vows. For their first dance, the couple chose that same Van Morrison song, and music played a huge role in the reception. “Our band was awesome,” says Megan. “In fact, the guests enjoyed dancing so much that they forgot to eat the cake.”

The bride is the daughter of Ann and Robert Williams of Darien. She attended Darien High School and then graduated from Hobart & William Smith Colleges with a bachelor’s degree in English and education. She also received a master’s in elementary education from Fairfield University. Megan is a special education teacher at Rogers International School in Stamford. 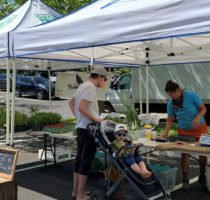