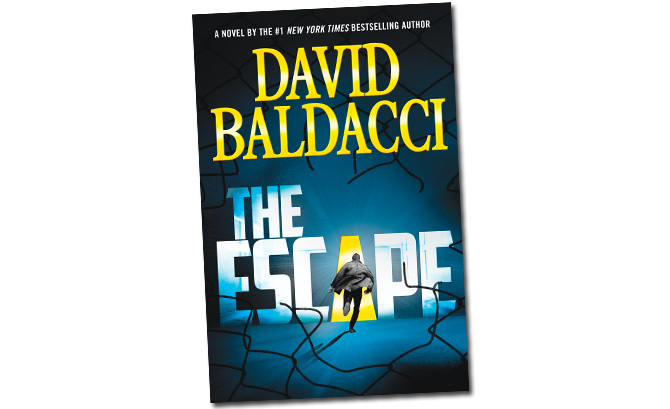 “You can’t get into what I do with Wikipedia,” says David Baldacci, of his recent novel No Escape (Grand Central). “It’s an

immersive experience. I spent a lot of time doing things Rangers did—which was probably not a good idea—but that has given me a far more extensive, real feel.”

The internationally renowned author will be visiting the Ferguson Library to read from his latest November 19.

The novel’s main plotlines were laid out in Baldacci’s previous works, The Forgotten and Zero Day, following John Puller, his military-investigator protagonist. The Escape ups the game, as Puller must bring his brother, who was convicted of treason, to face justice following his escape from prison. “As in the previous two books,” Baldacci says, “there’s a lot of action—and there’s also a lot of poignancy.”

There’s also a great deal of unknowns, as people’s allegiances become muddied rapidly, and things get complicated. Baldacci, naturally, is masterful at keeping things in order as a storyteller and as a writer. “In most professions, you get better at something as you do it more often. As a writer, if you don’t write about different things, you fall into complacencies. …I like the fresh feel of fear, and puttering around. Complacency is a creative killer. It’s all about how I can push myself.”

Baldacci also pushes hard against societal  illiteracy. He and his wife, Michelle, fund Wish You Well, which is devoted to donating books and improving literacy. “You can never have bad things happen with books in the house but you can have awful things happen when there are no books there. … Reading is about feeding body and mind: My fans send out boxes of books to food banks, and if you can get books into people’s hands, you can help people’s lives.”