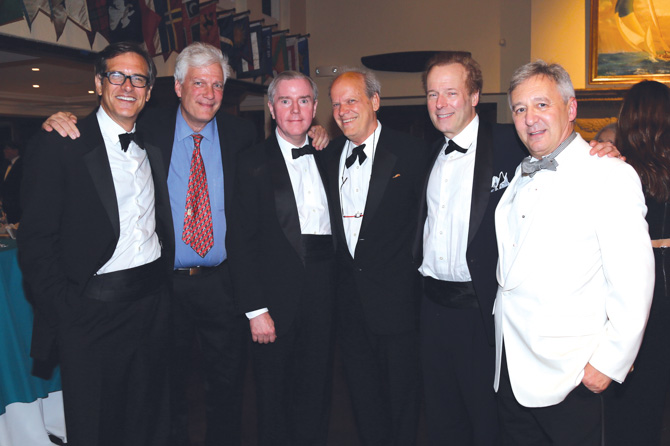 When Lily de Jongh Downing and David Yudain first met, their conversation almost immediately went to horses. Lily had grown up riding and David, a lifelong amateur equestrian, was competing in local hunter paces and equestrian events. After inviting her to revisit riding for the first time in thirty years at his barn, the two realized they had more in common than just the four-legged beauties. Two and a half years into dating, David asked Lily’s son and daughter for permission to marry their mother. With both kids on board, David popped the question on Thanksgiving eve. The couple and their children had a private ceremony at Christ Church Greenwich with Reverend James Lemler officiating. Six months later they celebrated with friends and family at an intimate reception at Indian Harbor Yacht Club.

The bride, daughter of Mary Osborne Witherbee and James Bedford Downing, Jr. attended Princeton Day School and the University of Vermont. Lily is a partner at Downing Yudain LLC, fine art dealers and consultants in Stamford.

The family lives in North Stamford with five dogs and three horses.