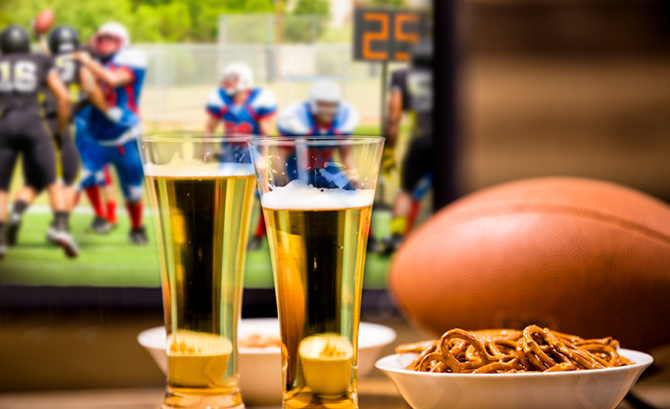 Football season is in full swing, as are spicy wings, nachos, pizza and of course, beer. Make “Sunday Funday” live up to its name this year, by watching the game from one of these top sports bars and restaurants around town in Stamford.

Wall-to-wall football and trophy wings await at Buffalo Wild Wings, the “football destination for those who enjoy the finer wings.” Upon entering this NFL haven, both casual visitors and hardcore fans alike will become “Football Rich,” as the restaurant’s campaign states. Patrons are sure to be livin’ large with the ultimate football viewing experience, which includes mouth-watering food, and beverage game-day staples all season long.

Get your game on at one of Stamford’s top sports bars, recognized by many as the home of the Buffalo Bills. Anything and everything Bills-related can be found at McFadden’s, where you can catch all the live action and specials, starting one hour before kick-off, and lasting through the entire game. For a bar already known for its fabulous happy hours and party-starter atmosphere, it doesn’t get much better than this! If you’re a Dallas Cowboys fan, be sure to head right next door to Bar-BQ for scheduled sound-on opportunities to watch the Cowboys on 12-foot projector screens.

Feeling competitive? Rally up your friends and stop by Harbor Point’s Sign of the Whale for the bar and restaurant’s “Whalegate Sundays.” The goal is to gather as many fans of a particular team as possible to ultimately decide which game will be played on sound. Along with this, individuals have the chance to partake in exclusive offers on craft beer buckets, beer towers and shots made especially for the winning team. For those who aren’t huge on watching football, be prepared to “whalegate” with some Beer Pong, Flip Cup and other games going on throughout the day.

But it doesn’t end there! With the wide variety of bars and restaurants available in Stamford, chances are there will be more ways to score a touchdown and celebrate with hard-to-pass-up specials during the football season at other locations as well. Brickhouse, Casey’s Tavern and World of Beer some more favorite spots worth checking out.

TREATS to beat the heat 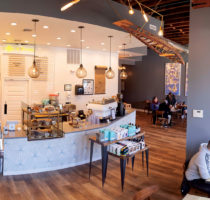