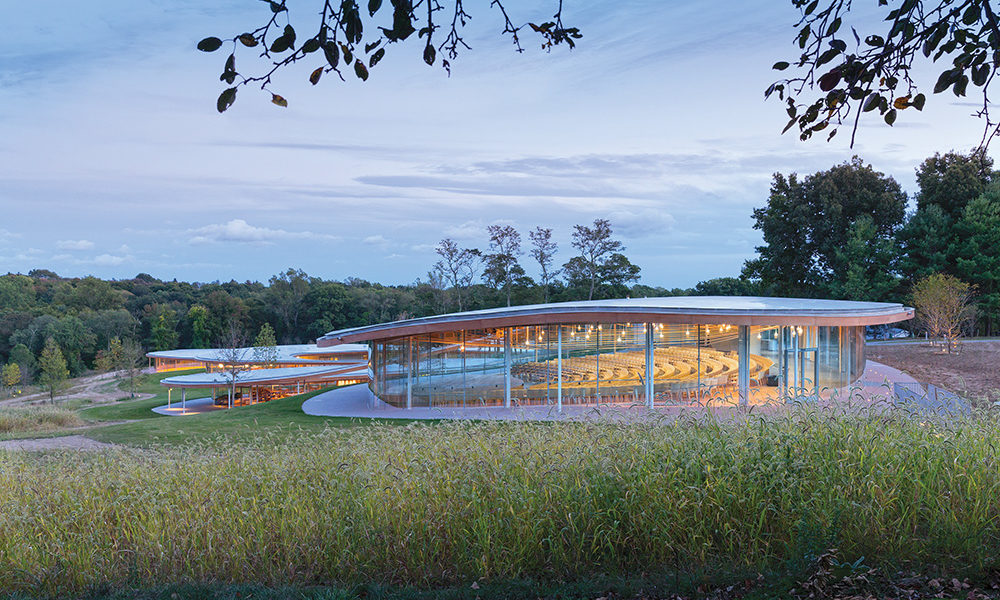 Welcome! The weather is perfect to explore your new hometown, whether it’s New Canaan, Darien or Rowayton. Over time, you’ll find your own favorite haunts and learn the differences among the towns. In the meantime, the editors of New Canaan, Darien & Rowayton offer these five destinations that every newcomer will enjoy visiting.

Philip Johnson Glass House: As the national obsession with the mid-century modernist movement continues to grow, so has the interest in this iconic landmark. Johnson was one of five visionary architects who, along with four of his Harvard classmates, made New Canaan the site of the largest collection of mid-century modern houses in the Northeast. The Glass House was one of Johnson’s weekend retreats, where he entertained legends of the art world, including Andy Warhol.

Pinckney Park:  To get familiar with Rowayton history, start at this scenic green that hugs the shore of the Five Mile River. “The park is the place to meet, to walk, to have a cup of coffee,” says Wendell Livingston, the executive director of the Rowayton Historical Society, which is anchored in the park and mounts regular exhibitions. “We also have the Memorial Garden that’s planted with species of flowers that date from the early to late 1800s. It’s so peaceful you can feel all your troubles melting away.”

Oysterman’s Row: Bounded on three sides by water, it’s no surprise that much of Rowayton’s history is tied to the sea. In the 1800s the town’s fortunes rose and fell with the oyster industry. The section of town known as Oysterman’s Row is where many of the boat builders, workers and ship captains lived. Today, this area is part of the National Register of Historic Places, and though many of the original homes have been renovated, it’s a wonderful place to get a sense of the village’s storied past.

Ring’s End Bridge: Unlike many New England farm towns, Darien has no village green. Instead, the town grew up around centers of commerce, such as the former harbor at Ring’s End Landing. It was here that boats offloaded goods coming into the village; it’s also where Richard Scofield’s grist mill once stood. The mill has long since burned to the ground and the town’s center has moved to the Post Road, but the pretty stone bridge that spans the serene Goodwives River remains. The third iteration of the bridge near Gorham’s Pond was built in 1930.

Grace Farms: Although it’s less than two years old, another groundbreaking piece of architecture in New Canaan that’s gaining icon status is The River at Grace Farms.. Designed by the Japanese firm SANAA, The River is comprised of glass sections that undulate under one main roof, appearing to cascade down the ridgeline like flowing water. It received the American Institute of Architects 2017 Honor award for excellence and is surrounded by open meadows, woods and wetlands. This eighty-acre preserve is an idyllic spot for wandering.