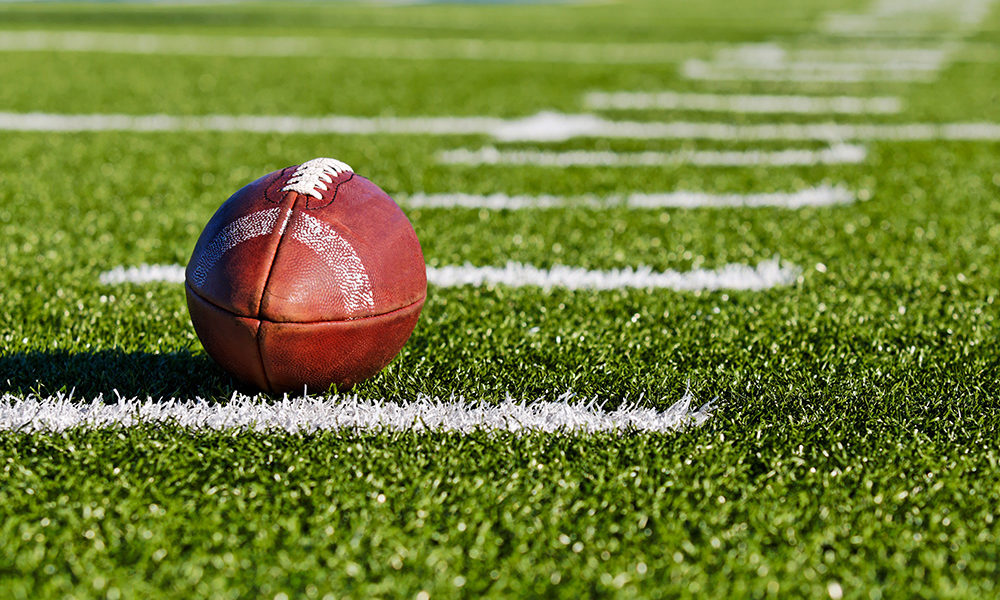 It wasn’t just the Patriots who made sports history this past February, and Connor Schell is living proof. Connor’s 30 for 30 series, which he co-created and executive-produces for ESPN, became the first sports television production to win an Oscar for the documentary O.J.: Made in America. (If you haven’t watched, don’t be deterred by its eight-hour run—you won’t want it to end.) Lucky for us, Connor took a time-out from managing development and production for ESPN Films, ESPN’s studio shows, the ESPYS, its NBA studio shows, ESPN Audio and the network’s talent office to chat about his journey. Catch Connor at the Greenwich International Film Festival’s Producing Sports panel on Saturday, June 3, where he’ll talk more about how the worlds of sports and entertainment are colliding. greenwichfilm.org

Q What does it mean for you that O.J.: Made in America won an Oscar?
A It was a pretty exciting week. It was a fairly surreal experience. Back in 2008 when my cocreator Bill Simmons and I set out to do the 30 for 30 series, with the goal of telling thirty stories to celebrate thirty years of ESPN, I remember thinking: Man, thirty’s a big number. That’s really ambitious. Are we going to be able to be interesting thirty different times? Eight years later, having done close to 100 films with another ten or fifteen in production, I feel like we could do 300. as the sports world and American culture keep revealing themselves in new and different ways we keep finding stories.

Q HOW DO YOU THINK O.J. TRANSCENDED THE SPORTS GENRE TO COMPETE IN THE MOTION PICTURE BIG LEAGUES?
A In 30 for 30, we try to tell very specific, human stories about American culture where sports is your window. They happen to be framed within the sports world, but we go really far afield. O.J.’s story was a cultural event of the 1990s and it resonated for so many reasons. We were really interested in the idea of why it mattered, and how did we get there. We didn’t want just a few frames of footage of Rodney King and a couple of sound bites about how there was racial injustice in the justice system. So that meant it had to be a longer, sweeping project. What our talented director Ezra Edelman did here better than anything we’ve ever done is that he contextualized it. By telling the story through a much wider lens, he gave us a depth of understanding people had never seen. That said, there does seem to be an insatiable interest in O.J. and this story because it’s about everything—crime and race and media and celebrity and sexuality and our justice system. It is a story with so many elements that people can latch onto.

Q WHAT DOES THE OSCAR SAY ABOUT THE FUTURE OF SPORTS STORYTELLING?
A One of the things I’m most proud of is that we pushed and found a new form and a new format. This was the longest film to ever win an Academy Award, because people don’t make eight-hour movies and they certainly don’t make eight-hour documentaries. I think as technology changes, as consumption habits change, we have the ability to break out of traditional formats. So to be at the forefront of that with this project feels really good; it opens up a new way to tell stories and provides people with background and something to engage with over a really long form. People will sit down and hyper-engage with a story or series that they love. To have done that in nonfiction form is really cool.

Q WERE THERE ANY SPORTS FILMS YOU SAW AS A KID THAT LEFT AN IMPRINT ON YOU?
A The first documentary I ever saw in a theater was Hoop Dreams. I am someone who has always loved sports and history. It was the first time I was ever aware that documentaries could be something I was interested in. The term documentary was sort of like medicine. Even sports documentaries seemed to be black-and-white footage about a baseball player from the 1950s that I had no connection to. Bill and I just thought there was an appetite for something new. How do you bring sports stories that we love talking about to life?

Q HOW DOES THE WORLD OF SPORTS PROVIDE A UNIQUE LENS TO REACH AUDIENCES?
A Whether we want to admit it or not, sports is the predominant form of American culture. It’s sort of the last place that unites everyone across socioeconomic divides, among racial and political divides, across gender, across generations. Everybody can be a Yankees fan no matter what they believe in in the rest of their lives. And so it provides this unique way to talk about our culture, because it’s so universal. The best sports stories, when we tell them well, create a deeper level of understanding and emotional connection with the sport and subject matter. I do believe that leads to a rooting interest and a level of accessibility that maybe you don’t have if you don’t have the understanding of what someone went through. My core belief is if we do our job well and tell really, really good stories, they will have meaning for everyone.

For more information on the GIFF Sports Panel visit greenwichfilm.org