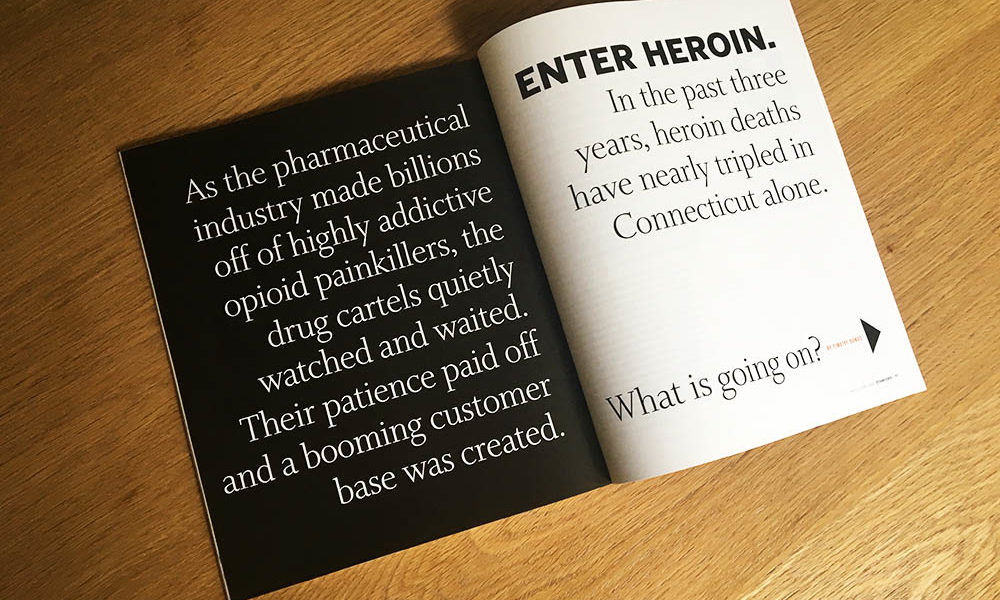 Last May we reported on the American opioid epidemic as seen from our corner of the map (“Heroin: Too Close To Home”). It was not a pretty picture. We noted that 2015 marked an all-time high for overdose deaths in Connecticut as a whole (729) and Fairfield County in particular (102), and that roughly 90 percent of those deaths involved opioids.

The epidemic began circa 2000 with laxly prescribed opioid painkillers and accelerated with cheap, abundant Mexican heroin, which addicts turned to when their prescriptions dried up and black-market pills proved too costly to keep buying. The silver lining seemed to be that, by early 2016, news of the epidemic was exploding: What once was a series of private tragedies had suddenly become a public health crisis. Cries for help went up at town halls and churches across the land; even the presidential candidates agreed on the need for aggressive action—if not on what that action should be.

HOW ARE WE DOING?
Despite this new awareness, opioids continued taking lives at a bewildering clip. The month our story appeared, Connecticut recorded seventy-eight overdose deaths; opioids figured in all but one of them. By year’s end the grim tally was 917 overdose deaths statewide (up 25.6 percent from 2015) and 157 in Fairfield County (up 54 percent).

Greenwich, at least, fared pretty well. In 2016 only two residents died from overdoses: a forty-six-year-old man who dangerously mixed oxycodone and alprazolam (Xanax), and a twenty-four-year-old man who overdosed on a rare synthetic opioid called U-47700. A third death was narrowly averted in December, when a woman who overdosed on heroin at a house in Cos Cob was resuscitated at Greenwich Hospital.

A STRONGER HEROIN?
One disturbing trend was a sharp rise in related deaths. Fentanyl, roughly fifty times as potent as heroin, is a synthetically manufactured opioid used to alleviate severe pain in cancer patients. It’s easy to manufacture illicitly in makeshift labs. Dealers “cut” their product with fentanyl, occasionally in doses powerful enough to kill the unsuspecting users. (Some people deliberately seek out fentanyl because of its potency. The musician Prince, a chronic pain sufferer who died of a fentanyl overdose last April, appears to have been one of them.) How bad has it gotten? In 2015 fentanyl contributed to 188 overdose deaths in Connecticut; last year it contributed to 479—more than half of our state’s 917 overdose deaths.

WHAT ABOUT LEGAL DRUGS?
According to John Hamilton, a substance abuse counselor who heads the Shelton-based Recovery Network of Programs, another worrisome trend is the taking of opioids with benzodiazepines (Xanax, Klonopin and Valium, among others), a class of drugs used to treat anxiety and insomnia. This is the combo that killed the forty-six-year-old Greenwich man—one of 232 state residents to die of an opioid-benzodiazepine overdose last year. Hamilton notes that the danger is widespread but little-known. “There were 257 million opioid prescriptions written last year—about one for every adult in the United States,” he says. “But benzos are prescribed at an even higher rate.”

FEDERAL ATTENTION?
New policies, laws and treatment strategies came to the fore in 2016, attacking the problem from all sides. At the federal level, Congress approved President Obama’s request for $1 billion over two years to help states fight the epidemic—a rare instance of bipartisan accord. In March of this year, treatment advocates breathed a momentary sigh of relief when Trumpcare died in utero: The hundreds of thousands able to get treatment stood to be out of luck. But in May, a new version of the bill passed the U.S. House, which treatment advocates deemed equally devastating (though the bill awaits extensive reworking in the Senate). On top of that, the administration proposed slashing the budget of the White House drug czar by 95 percent, further undercutting candidate Trump’s promise to deal aggressively with the opioid crisis.

LOCAL LEGISLATION
Connecticut has made real advances. In 2015, new legislation allowed certified pharmacists to prescribe and dispense the overdose-reversing drug naloxone (Narcan) directly to customers. Now, for example, parents can have a Narcan kit at the ready should a son or daughter overdose. Laws passed in 2016 limited the duration of opioid prescriptions, required municipalities’ first responders to be equipped with Narcan and strengthened laws requiring prescribers to enter information into a state database that is designed to keep users from getting opioids via “doctor shopping.”

In October, a Yale School of Med-icine panel unveiled Connecticut’s strategy for fighting the opioid epidemic. Among other things, it calls for swift and widespread access to treatment—specifically to methadone and buprenorphine, drugs that help users manage their addiction and live productive lives.

This is key, because treatment remains an enormous challenge. Most people addicted to opioids go through several rehabs at a cost of tens of thousands of dollars; some insurance plans cover it, but many still do not. And up to now, state-funded treatment had a long waiting list.

THE NEW FRONTIER
As the state plan recognizes, the opioid crisis has begun yielding concrete treatment solutions to what only recently were conflicting theories. In a nutshell, treatment must last a while—a thirty-day rehab won’t suffice—and will probably require a fully rounded strategy, including medication, therapy, healthy living instruction and careful oversight. Westport House (for men) and Shana’s House (for women), both in Westport, fit the bill admirably; both have achieved very low relapse rates.

Another new option getting great results is the North Haven-based Aware Recovery Care. Its yearlong treatment program is carried out, counterintuitively, in one’s own home. Typically when people complete rehab, they fall back into a world of stress and temptation; they leave the safety of treatment for the rapids of real life. ARC’s idea is to recover while learning to navigate those rapids. Each client is assigned a team consisting of a care coordinator and two recovery advisors; and each family is assigned a marriage counselor or family therapist to work out underlying problems. “The most important part of treatment is after-care,” ARC’s clinical director, Sarah Benton, says. “We have a huge safety net.”

Matt Eacott might not be alive today but for ARC. Matt had gone from alcohol and OxyContin to snorting eighty-five bags of heroin a day. “I thought I was a lost cause,” he says. “Addiction psychiatrists gave me a 2 percent chance of success.” Though serial visits to treatment centers—fourteen all told—had value, eventually he had to come home “where all your cues and triggers are.” Relapse would ensue. But with ARC, “You’re able to have a job, have a relationship, do all the things you can’t do in a controlled environment, but you’re able to utilize the supports in real time.”

Today, he’s a counselor at ARC. “It’s a miracle. It really is. You get to the point where, if you give yourself a chance, you accumulate so many good things in your life that you’re unwilling to risk losing them.”

For the article “Heroin: Too Close To Home,” go to greenwichmag.com/heroin

Silver Hill Hospital is working with area agencies to try to prevent opioid-related deaths by making Narcan, a fast-acting drug that reverses the effects of an opioid overdose, more available to those at risk. The hospital’s addiction psychiatrists and Ellen Brezovsky, LCSW, director of community relations, provide education and training to opioid users and their friends and families. Narcan is distributed after the sessions, which are offered in groups and on a one-to-one basis. The program is free.

“By offering free Narcan trainings and kits, we are hopeful that fewer overdose deaths will occur. Getting these kits into the hands of family members and friends is more important than ever with the increasing numbers of deaths in Connecticut and nationwide.”
– Ellen Brezovsky 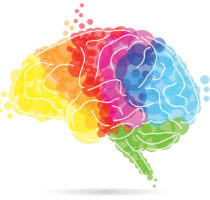