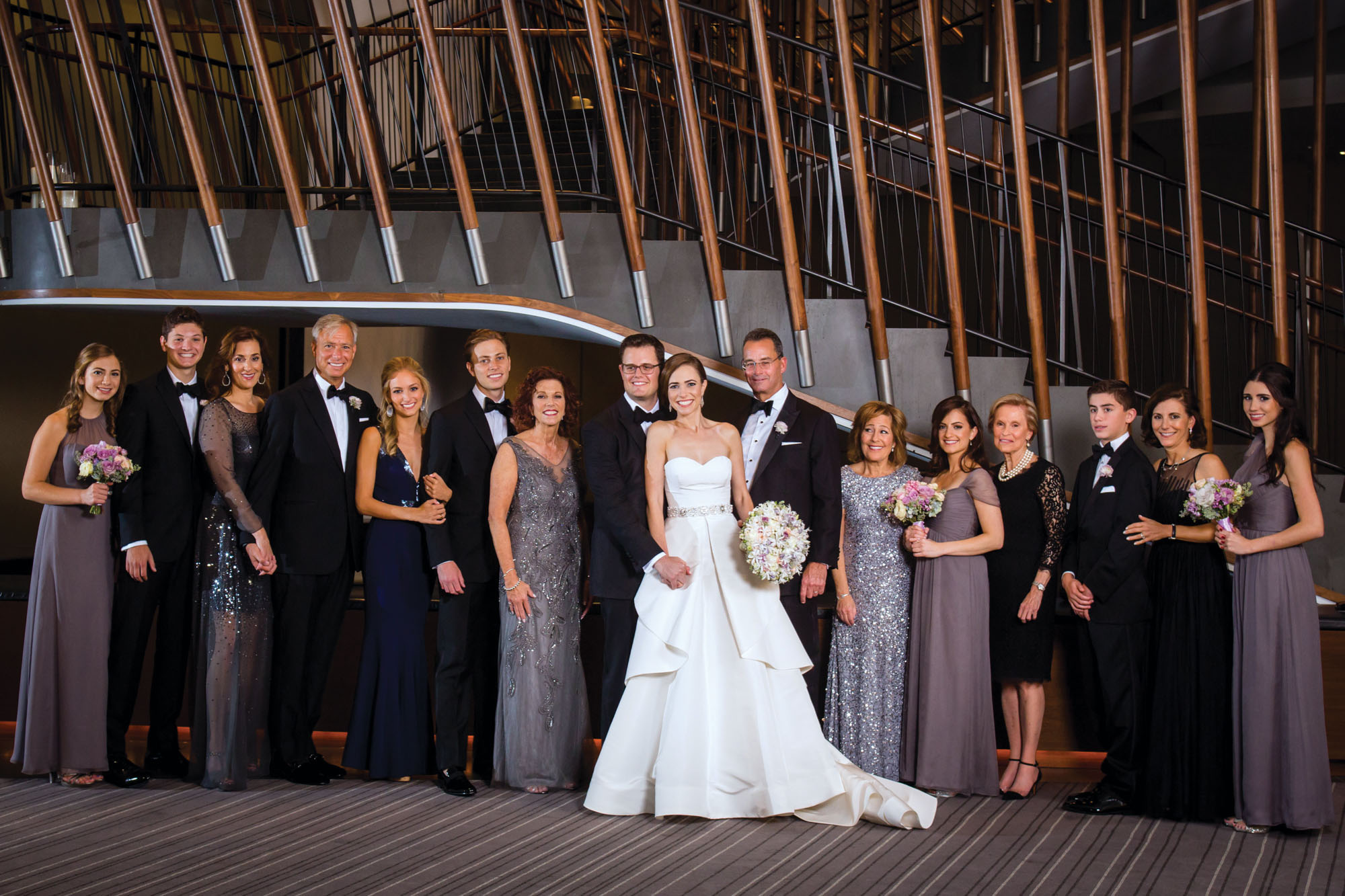 The couple with their families - Photograph by Todd France

Above: The couple with their families – Photograph by Todd France

Ilysa and Alex first became friends during their freshman year at the University of Michigan. Over time, their affection for each other grew, and by their senior year they were officially dating. Then one evening in New York City, six and a half years later, Alex took Ilysa out to what she thought was going to be a normal dinner. On the perfect spot outside their apartment, with a view of the Empire State Building, Alex asked Ilysa to be his wife. Upon their arrival at the restaurant, Ilysa was surprised by her family and her future in-laws. Rabbi Susan Mitrani-Knapp officiated at the ceremony at The Conrad in New York City, where a reception followed. The couple says they’ll never forget being surrounded by friends and family “who showed us all the love and energy we could have ever imagined.” Ilysa is the daughter of Rochelle Bass of Congers, New York, and Howard and Stacy Bass of Westport. She graduated from the University of Michigan and is a manager, content partnerships, at CNN. Alex is the son of Lee Smith Sher of Highland Park, Illinois, and Edward and Lisa Yastrow of Deerfield, Illinois. He graduated from the University of Michigan and received his law degree from George Washington University. He is currently an attorney at Goldberg Segalla in New York City. The couple enjoyed a honeymoon trip to New Zealand and Australia. They call New York City home.