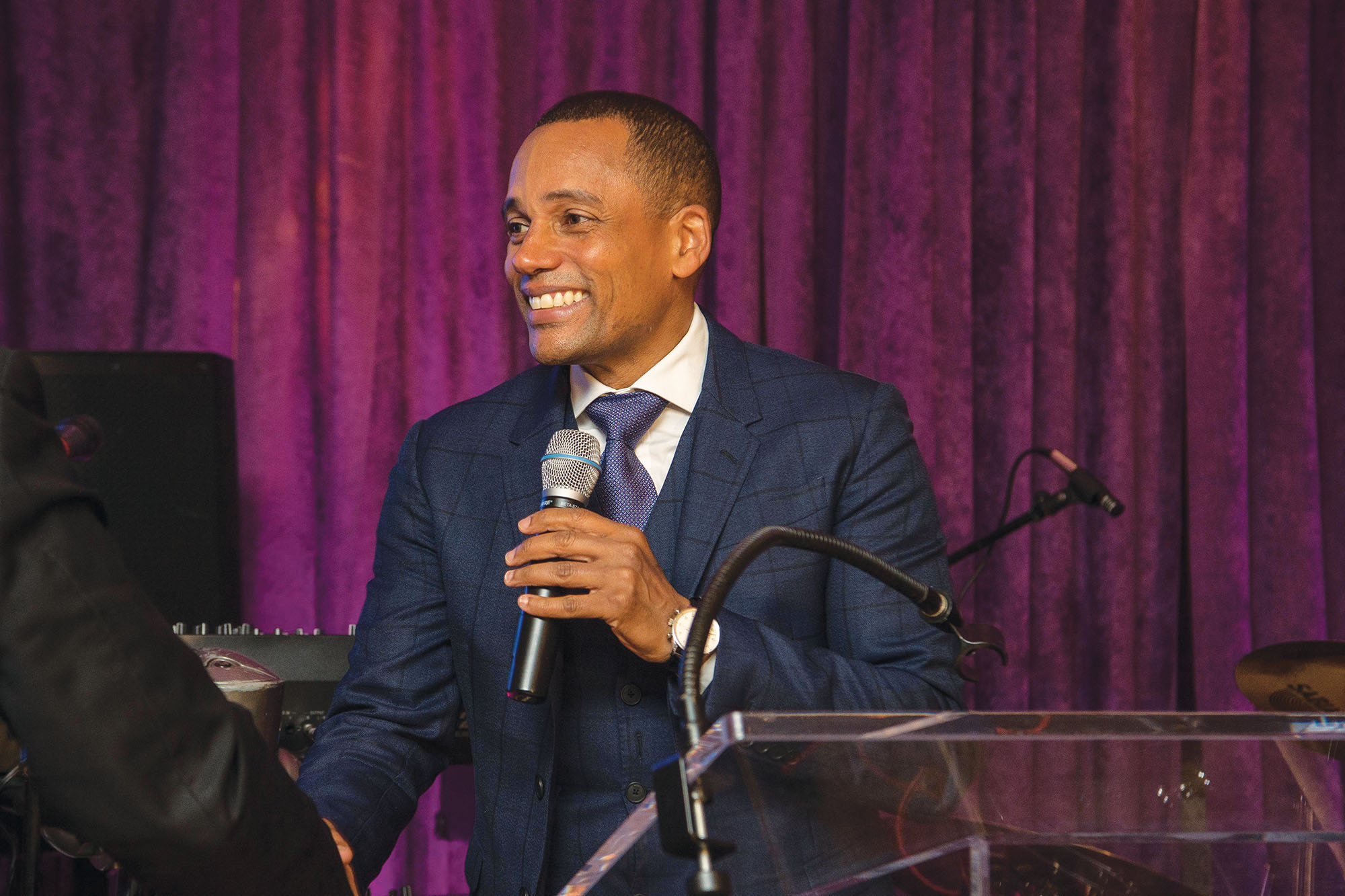 Hill Harper is familiar to audiences for his nine-season role on CSI: New York, hosting HLN’s documentary series How It Really Happened with Hill Harper and most recently in his role as the president-elect’s chief-of-staff on Showtime’s mega-hit Homeland. A Harvard-educated lawyer and thyroid cancer survivor, Harper is a prolific author who has used his celebrity to advocate for cancer research and to inspire young people to engage in philanthropy.

Last May he gave the keynote speech at Celebrating Hope, the annual Fairfield County benefit for the Alzheimer’s Association, Connecticut chapter. Before the event at the Delamar Greenwich Harbor and l’escale, Harper chatted with us about his hopes for finding a cure for Alzheimer’s as well as the latest plot twists in his television and film career.

GM: ALZHEIMER’S DISEASE HAS A 100 PERCENT MORTALITY RATE AND SEEMS TO TOUCH NEARLY EVERYONE. HAVE YOU BEEN IMPACTED?
HH: You’re right. It doesn’t have survivors and I think once you’ve experienced Alzheimer’s up-close, it leaves an indelible impression. My best friend in the world [director/producer Jordan Walker-Pearlman] had a wonderful uncle who was a mentor of mine. That man was the great Gene Wilder. I knew him as Uncle Gene and he lived right here in Stamford. To see his decline over time was heart-wrenching. Once it impacts you in a personal way there becomes an urgency about it.

WHAT IS THE FOCUS OF YOUR MESSAGE GOING TO BE AT CELEBRATING HOPE?
HH: One thing I want to share is that there’s a chance we can make this a “window” disease. What I mean by that is you think of certain diseases we’ve seen that were devastating, like Polio or more recently HIV/AIDS, and you look at them now and think, it was terrible, but it was a disease that was just a window in a period of time. I hope we’re looking back at Alzheimer’s that way soon. So my message will center on research and funding. There are a lot of people doing great work in this space. There are companies doing great work too, but they are having trouble getting funding. So at diseases like HIV/AIDS and we know we can make tremendous progress and have breakthroughs—if we stay vigilant and committed.

YOU WORK A LOT WITH THE YOUNGER GENERATION; HOW WOULD YOU SUGGEST GETTING THEM INVOLVED?
HH: A lot of the stereotypes you hear about youth these days, I find, are largely inaccurate. They want to do well by doing good. If they understood the scope of the problem–just how serious this epidemic is—they would be on board. You don’t have to motivate. You have to educate.

Put a personal touch on the problem. Take kids to [memory care] facilities and have them do volunteer work. Form partnerships between [those facilities] and an organization such as a local Boys & Girls Club and get the kids involved. Hopefully, by engaging them young, they see Alzheimer’s up-close. Then the message they need to hear is, “We are going to cure it, but we need funding and research to do it.”

LET’S TALK HOMELAND FOR A MINUTE. THE SEASON ENDED WITH WHAT SEEMED LIKE YOUR CHARACTER’S TRAGIC DEMISE, BUT THERE WAS SOME AMBIGUITY. ANY CHANCE YOU’RE COMING BACK?
HH: I think I blew up in that SUV. It was a one-season contract, and so I think that’s the end for me and my character. But it was an incredible experience being part of a show that I think is one of the best-written series on television. And what a cast! It was wonderful to be part of it.