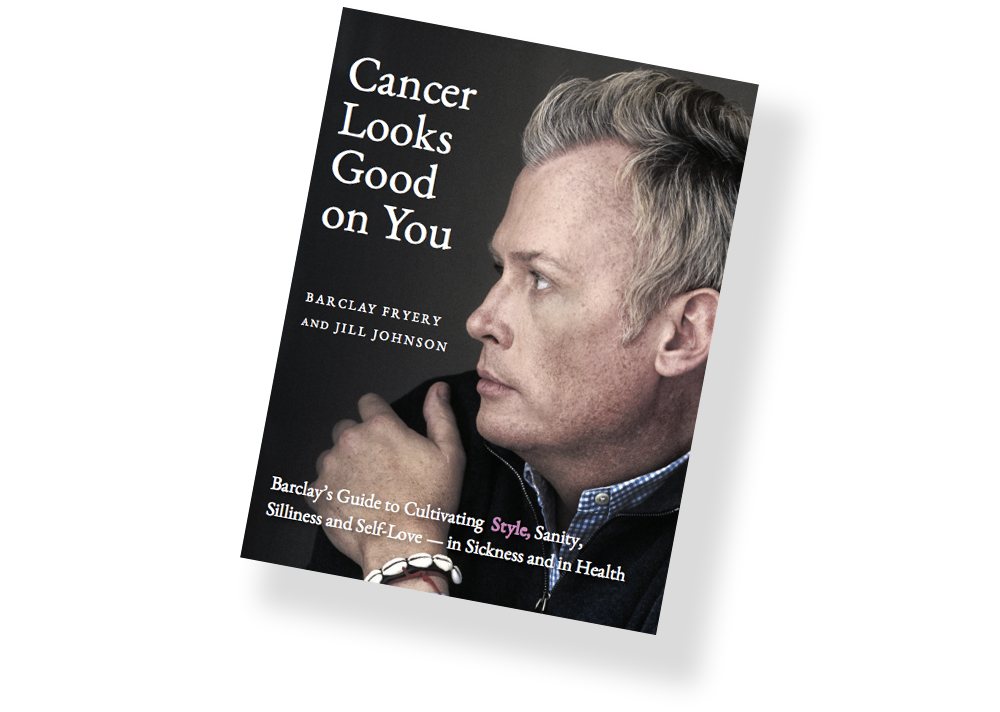 Last March I received a goodbye message from long-time Greenwich resident and style icon Barclay Fryery. He had been battling cancer, but his doctors had no more weapons to offer. At fifty-six, Barclay had a lot of fight in him, but he also knew how to lay down his arms with grace. He shared his cancer journey openly on Facebook; his indomitable spirit served as an inspiration to so many, and it continued to overshadow sorrow even in the farewell video I found posted there.

I met Barclay over fifteen years ago. He wrote for the magazine I had at the time and occasionally I joined him and his Upper East Side “swans” at swanky soirees. I didn’t fit in, but it didn’t matter with Barclay; he’d invite the maid out and make her feel like a princess. I’d only seen him twice in the last dozen years, but after receiving the sad news, I felt compelled—by my heart, not out of courtesy—to go see him back in his home state of Mississippi and hug him one last time.

I booked a ticket for March 21. A few days before my departure, I had a rash idea: Barclay and I should write a book! Never mind that the doctors gave him two weeks to two months to live. Barclay is a doer, a creator, an artist, and a proud Leo who loves the spotlight. I knew a project that shared his secrets to positive thinking and memorialized his life was just the way to fill his final chapter on earth with joy. And Barclay always gets the job done. He’d stick around until we finished.

Barclay loved the idea and a marathon interview became the focus of my visit. We talked about the obvious: his ascent to stardom as an interior designer, TV personality and lifestyle coach; how his work landed in Elle Decor and House Beautiful and on House Wars, the Style Network and A&E; his “Ask Barclay” column, which appeared in the Greenwich Post for ten years; his philosophy of facing illness with positivity and flair. But I also learned about the darker parts of his past and realized how much of a survivor Barclay was, before cancer even entered the picture.

Facing the worst type of deadline, Barclay and I worked via Facebook and phone, crafting the story of a man who chose to seize the day, not count how many days he had left. “Cancer Looks Good on You: Barclay’s Guide to Cultivating Style, Sanity, Silliness and Self-Love—in Sickness and in Health” combines memoir—from Barclay’s youth as a tormented gay boy in the Deep South to his rise to the top of the design world, and from discovering a lump in his neck to planning his after-party—with wisdom that will help you make over your house, your attitude, and your view of the end.

My dear friend and co-author departed for his design studio in the sky on May 26, the day the final layout for the book landed in my inbox.

Profits from the hardcover edition will benefit Barclay’s vision of creating a charity focused on teen suicide prevention and supporting LGBTQ youth.

The book is available on Amazon and at cancerlooksgoodonyou.com.