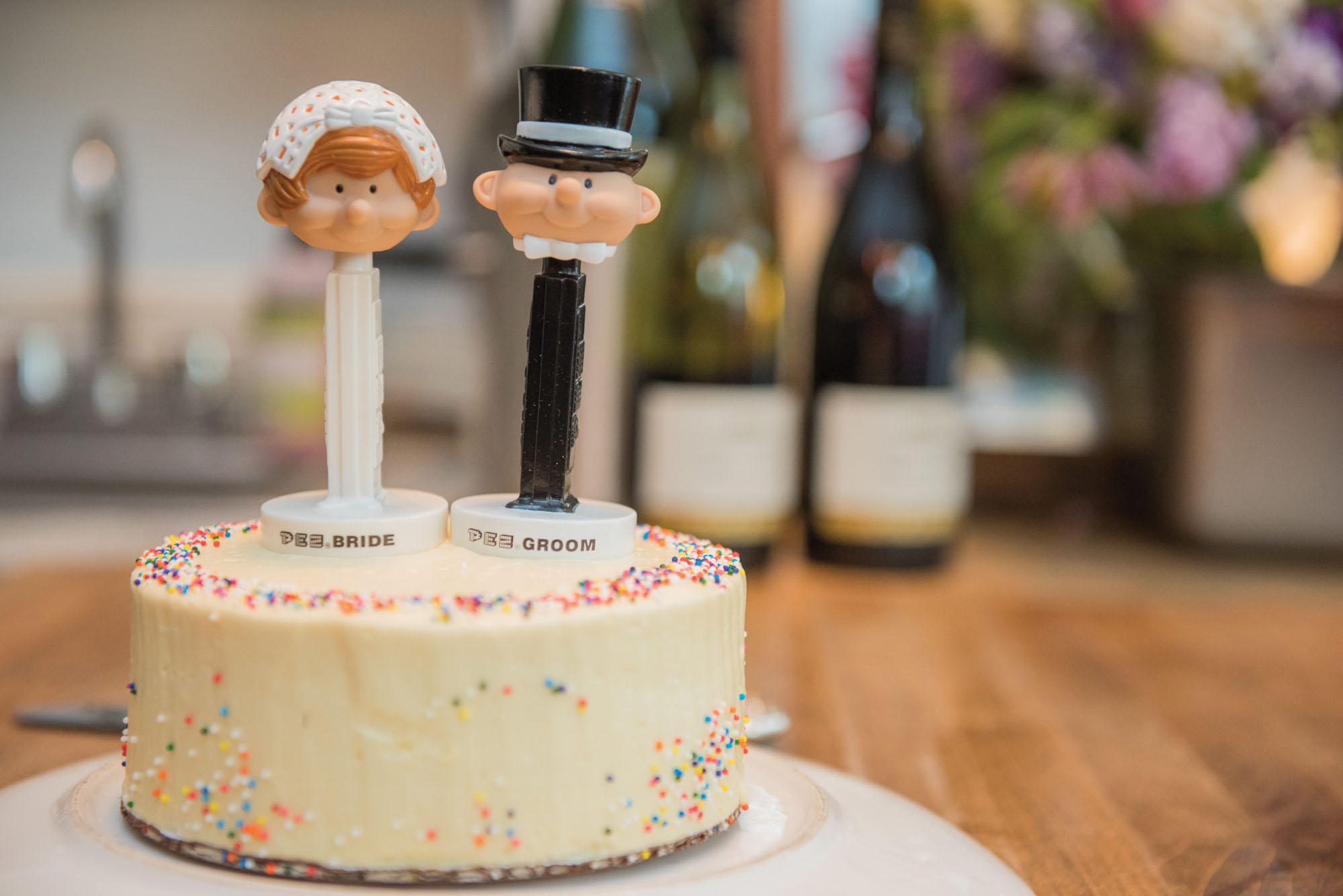 Frederick and Kerry met the new old-fashioned way, online. OK Cupid was the site that brought these two lovebirds together. After a couple of email exchanges, Frederick changed his usual coffee date proposal and suggested that Kerry meet him for brunch at le Petite Abeille in Tribeca.

Four joyful years later, after dinner at the Riverside Yacht Club with his family, Frederick and Kerry sat on the porch at his parents’ home. Frederick’s daughters Laurel and Fiona came to join bearing champagne and flowers as he got down on one knee and asked Kerry to marry him and join their family.

Frederick Baker III officiated at the ceremony at Fort Greene Park in Brooklyn, and the reception followed at No. 7 Restaurant in Brooklyn.

The bride, daughter of Martin and Agnes Nolan of New York, graduated from John Jay High School, Virginia Polytechnic Institute and State University and Columbia University. Kerry is an architect in New York.

The groom, son of Fred and York Baker of Riverside, graduated from The American School in Japan, Bard College and the University of Miami. Frederick is a financial consultant.

After a honeymoon in Prague and Greece, the newlyweds returned home to Brooklyn.