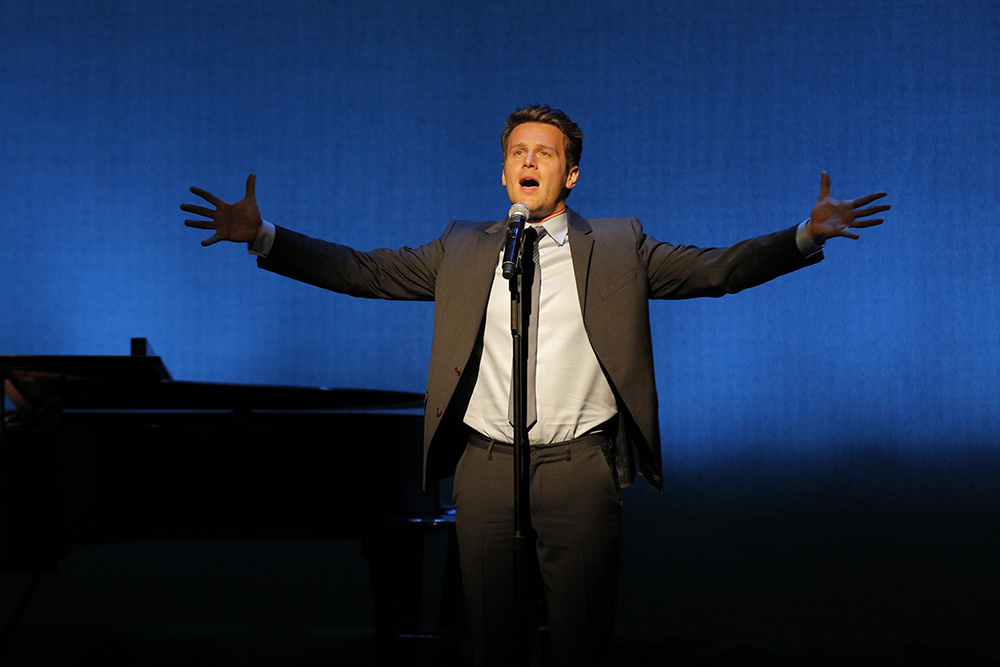 Dying to see Hamilton or already a huge fan? Well, the 2016 Best Musical’s infamous King George III made a stop in Westport recently. Tony Award nominee and Grammy Award winner Jonathan Groff headlined the “Moonlight Over Venice” themed gala, infusing comedy and spine-tingling song into the romantic ambiance. Humble about his nine-minute per show gig as Hamilton’s snooty king, Groff’s command of the Playhouse stage proved him worthy of stealing any show faster than you can say, “I’ll kill your friends and family to remind you of my love.” In mere moments, sharing photos of himself as a kid dressed up as Dorothy in a neighborhood version of The Wizard of Oz, he had Westport in the palm of his hand.

From an emotional introduction to his experience in Spring Awakening (his first Broadway show, during which he revealed he was still in the closet) to a hysterically funny Beyoncé-infused version of “You’ll Be Back,” Groff wowed the crowd—particularly the sixteen-year-old girl he invited on stage to belt out Journey tunes with him and Stacy Bass, who bid $1,000 for a personal serenade. Donations, made via cell phone texts, approached $350,000 before silent auction items were even tallied.

Asked why Groff made the time in his busy schedule to grace Westport with his talent and charm, Groff commented: “Part of it was because I know Annie [Keefe] from years ago and I love her. She emailed me when Matthew Morrison dropped out, because he had a conflict. She said, ‘We are in a bind. Can you help us?’ Because it was Annie, and I’d been here before doing a reading of Butterflies Are Free with Blythe Danner a couple of years ago, and I knew the history and the lore of the theater from even before that, to come here seemed like a really cool opportunity. Also, where I’m from in Lancaster, Pennsylvania, there is a regional theater called the Fulton Opera House, and it changed the whole trajectory of my life. And so I understand the value and the importance of regional theater and how it genuinely changes the way people think. For all of the interns who work here, and the people they hire, and the education program—this theater can change the trajectory of their lives.”

Ann Sheffer, longtime supporter of the Playhouse and the champion of the arts, whose own life was influenced by this special institution in our town, received the 2017 Westport Country Playhouse Leadership Award at the gala.

(The Westport Country Playhouse’s next show, “Sex with Strangers,” opens on September 26: http://www.westportplayhouse.org.)