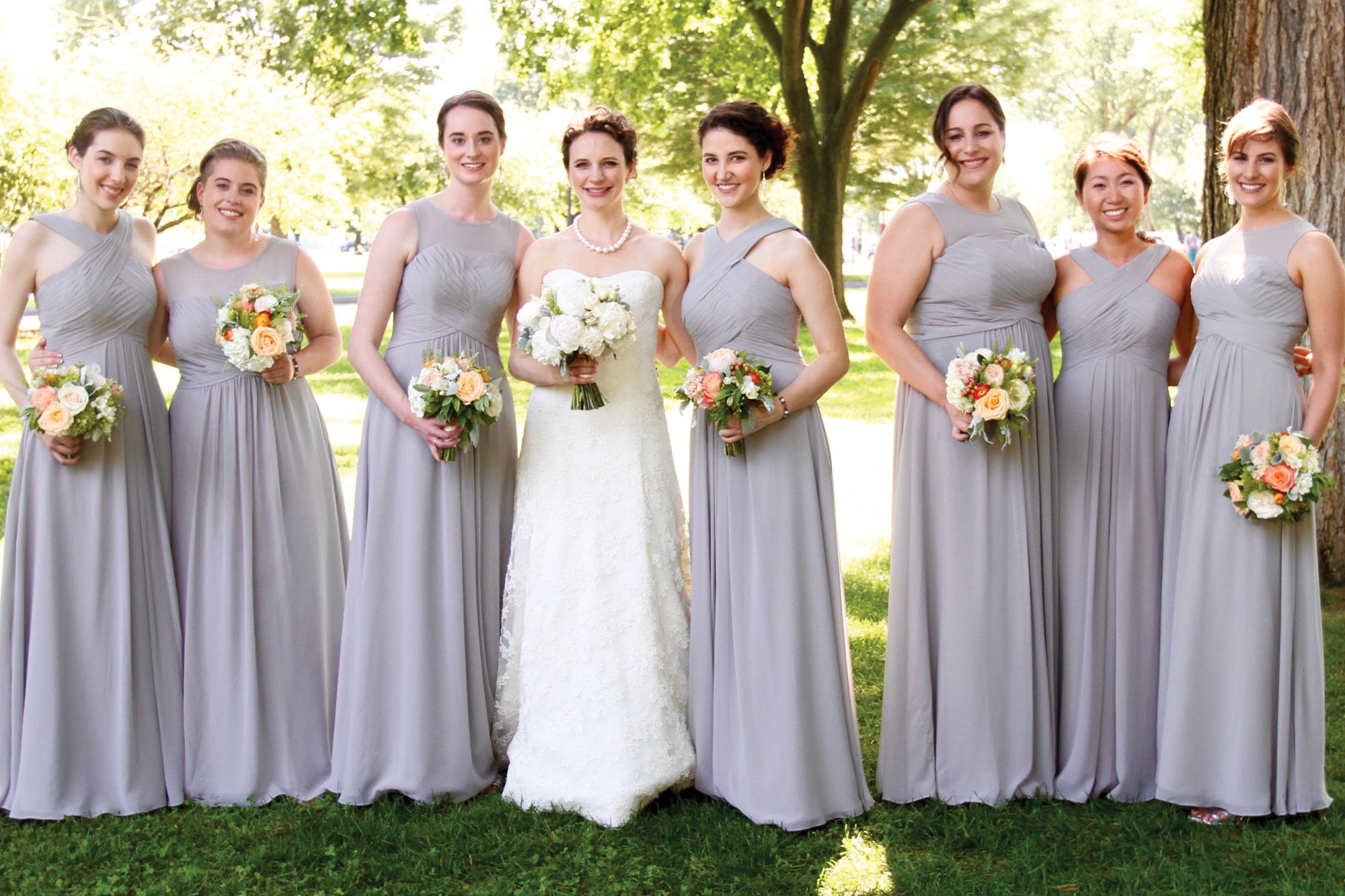 Catie and Craig’s initial meeting gives new meaning to being on the right track. Craig’s roommate Travis Pfander introduced the two on the train ride to a Princeton homecoming game. They hit it off and began a whirlwind New York City romance— exploring new restaurants, speakeasies, Broadway shows and rooftop BBQ’s. They dated for three-and-half years while living and working in New York, London and Cambridge, Massachusetts. Craig proposed while the couple was in Puerto Rico celebrating Catie’s birthday.

Matchmaker Travis Pfander officiated at the ceremony at National Museum of Women in the Arts in Washington, D.C., where the reception followed.

The bride, daughter of Clifford and Emily Bartlett of Maryland, graduated from Walt Whitman High School and Princeton University. Catie is a graduate student at MIT.

The groom, son of Gary and Lisa Matthews of Greenwich, graduated from Brunswick School, Princeton University and Harvard Business School. Craig is a management consultant in Cambridge.

The newlyweds went on a “mini-moon” to the Maryland Shore and will take a honeymoon in the winter of 2018. They live in Cambridge, Massachusetts.