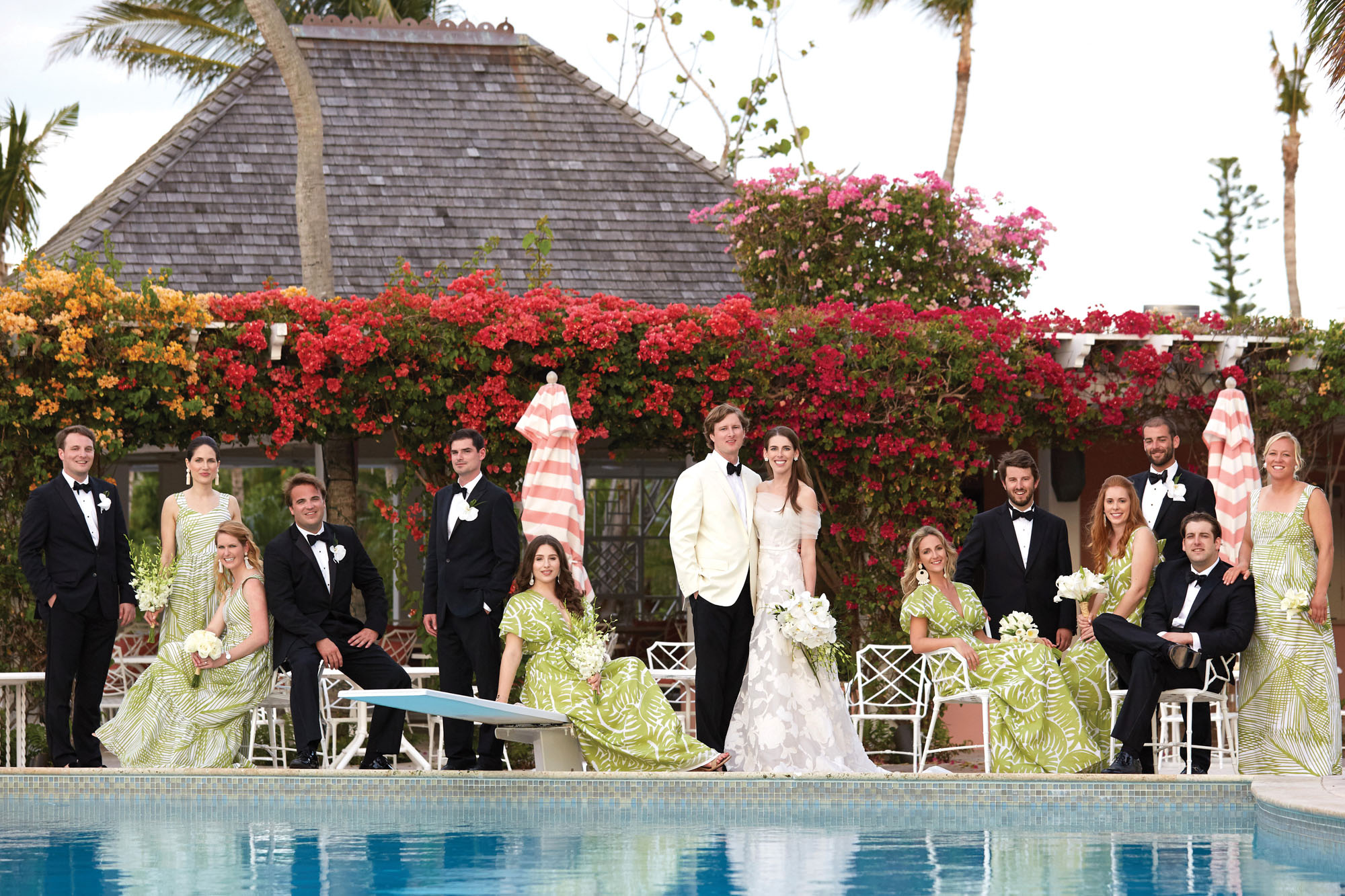 Brad and Betsy with the wedding party

Above: Brad and Betsy with the wedding party

Betsy and Brad both grew up in Greenwich but did not meet until they moved to New York City. They were first introduced by Brad’s sister, Paige, at a Racquet & Tennis Club party and met again a year later, at the annual Frick Young Fellows Ball. After talking for most of the night and getting a tour of the Frick collection by Betsy (an art history major), Brad asked Betsy for her phone number. And so the courtship began.

Three years later the couple became engaged while on a ski trip in Austria. Brad proposed on the balcony of their hotel room and then whisked his new fiancé away in a horse drawn sleigh to a fondue dinner.

Father Kendrick Forbes officiated at the ceremony at St. Paul the Apostle Catholic Church in the Bahamas, and a reception followed at the Lyford Cay Club. The couple exited the church to “Oh Happy Day” and drove off in a vintage white Bianchina convertible getaway car. The bridesmaids dresses were custom-made by a designer in New York using fabric from a Bahamian company. Another special touch: All the invitations, menus, programs and table cards were designed with images of Betsy’s mother’s watercolor artwork. Music was everywhere throughout the wedding—local bands played, a traditional gospel choir sang and a Bahamian Junkanoo parade led guests from the reception to the after party.

The bride, daughter of TJ and Nancy Maloney of Riverside, graduated from Proctor Academy and Wheaton College. Betsy works in finance for Lincolnshire Management in Manhattan.

The groom, son of David and Andrea Corbin of Virginia, graduated from Hampton Roads Academy and Amherst College. Brad is a private equity assistant vice president for Brown Brothers Harriman in Manhattan.

The newlyweds honeymooned in Italy and France before returning home to Manhattan.