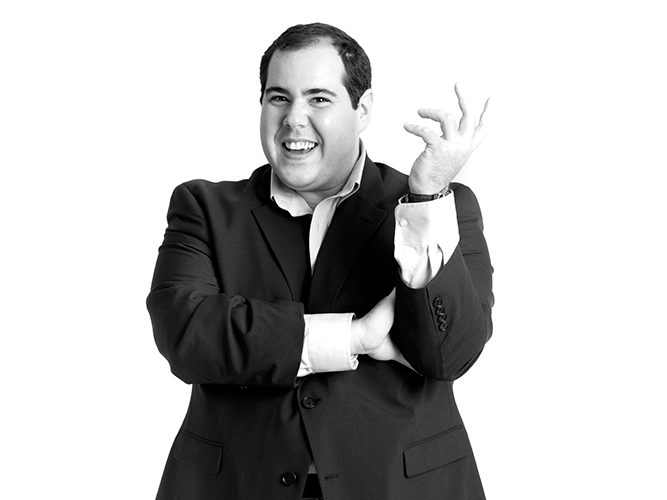 Inspiration
“About five years ago, my father passed away from multiple myeloma, a rare blood cancer,” says Rocco Natale, a Greenwich resident. “He had an amazing team at Yale New Haven, but it was nontraditional forms of healing that proved really invaluable. It got me thinking about my legacy.”

A New York University graduate, Natale studied production in a program that emphasizes the power of theater for social change. He decided to form a nonprofit, the Open Arts Alliance, which brings the performing arts to senior citizens, veterans, and students in underserved communities. “It’s really a social service agency in the guise of a theater company,” explains Natale. “It’s a form of nontraditional healing. So many kids in hospitals or seniors in facilities have no access to the arts.”

Courage into Action
To make his idea a reality, Natale, who runs Open Arts Alliance 100 percent pro bono, recruited friends to help him. “I said, ‘I’m doing this; will you join me?’” They did. “In the past three years, we have brought over 5,000 people live theater free of charge,” he says.

Through a collaboration with the River House Adult Day Center of Greenwich, the Open Arts Alliance offers two courses—the improv class “Yes, And…” as well as “Broadway by the Year.” Both are based on the belief that cognitive stimulation and movement are critical to the health of seniors. “The River House has been so welcoming to us,” says Natale.

“Through our junior ensemble, kids from local communities are given the tools to create their own musical revue,” he says. “Then they tour to senior centers.” Lily Bartels, a thirteen-year-old from Greenwich, says: “I have especially enjoyed the opportunities to work with senior citizens over the holidays. It’s a great feeling to see how much those audiences enjoy our shows, and spending time with them after the show makes me feel like I am doing a little something to make the holidays brighter for others.”

Natale adds, “We also have a professional touring production. We hire actors, and they go to schools and children’s hospitals throughout Connecticut.” This year’s production, Alice in Wonderland, features full puppet integration, “which helps autistic children and English Language Learners access the message.”

Open Arts Alliance will also produce Into the Woods Jr. in 2018 with auditions (this December) open to local kids.

Hopes & Dreams
“I hope we see a climate shift where people acknowledge what an integral part of education the arts are,” says Natale. “I’d love to see people turn to the arts to solve problems. Thinking outside the box, collaborating, communicating—these are areas businesses struggle with, while artists have cracked the code. I’d like to see the arts considered a necessity, not a luxury. Arts are the most necessary thing we can do as human beings.”