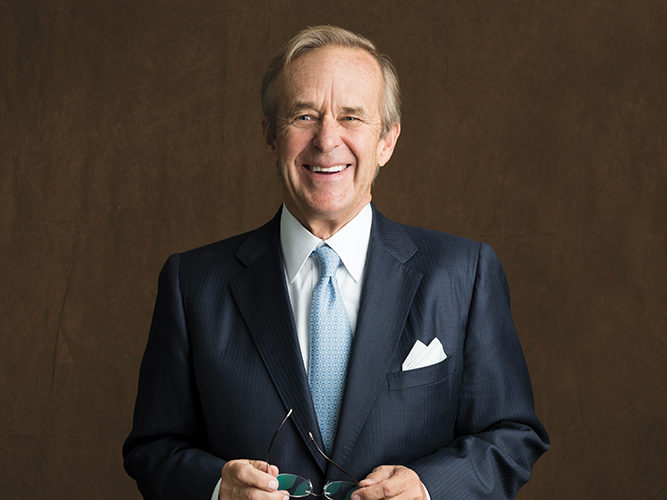 Inspiration
“Having the president of my company, who has been with me for thirty years, announce that she has breast cancer—that was pretty devastating,” says Bill Raveis, founder of William Raveis Real Estate and Fairfield resident. “Then three years ago my wife, Candy, was diagnosed with acute myeloma leukemia. It hit home twice for me. We’ve been involved with cancer research for the past thirteen years.” The idea for the William Raveis Ride + Walk, a local community fundraising event launched three years ago “came out of a family conversation about what we could do to give back more,” says Raveis. He credits his daughter-in-law, Meghan Raveis, for spearheading and coordinating the event.

Courage into Action
“Since the beginning of William Raveis Inc., Bill has always made supporting the community a top priority,” says Marni Lane, cofounder of Kriskey Lane Communications. “These efforts ranged from wildlife preservation campaigns to supporting cancer patient facilities all over the Northeast to now directly funding groundbreaking cancer research at the Damon Runyon Cancer Research Foundation.”

Raveis, who sits on Damon Runyon’s board of directors, says, “We have raised 3 million to 4 million dollars to fight cancer. Since my wife got sick, I got very involved in the whole process of research and finding a cure. We funded six scientists last year. It has been a win-win. With 4,500 people working for us, many are affected by cancer. Having Damon Runyon available to us has been a tremendous godsend. We have access to great doctors and the newest drugs. My wife was able to take an experimental drug that put her cancer into remission.”

Marni adds, “Local members of the community have directly benefitted from William Raveis’ partnership with Damon Runyon as well. This partnership allows local cancer patients to access the top-level advice and care available through the organization, and increased research funding means getting one step closer to finding a cure for all forms of cancer.”

Hopes & Dreams
“Thirteen years ago, the research was rudimentary,” says Raveis. “Now, they are knocking it down. I have a good friend who had lung cancer, and through experimental immunology, he is now cancer-free. Things are happening. The hope is there. You can see it! Scientists are very close to having a cure—or at least a cocktail of pills that will contain the disease and allow people to live with it. The ability to do that is coming within the next ten years, and the cure is coming after that. I’m very optimistic.”