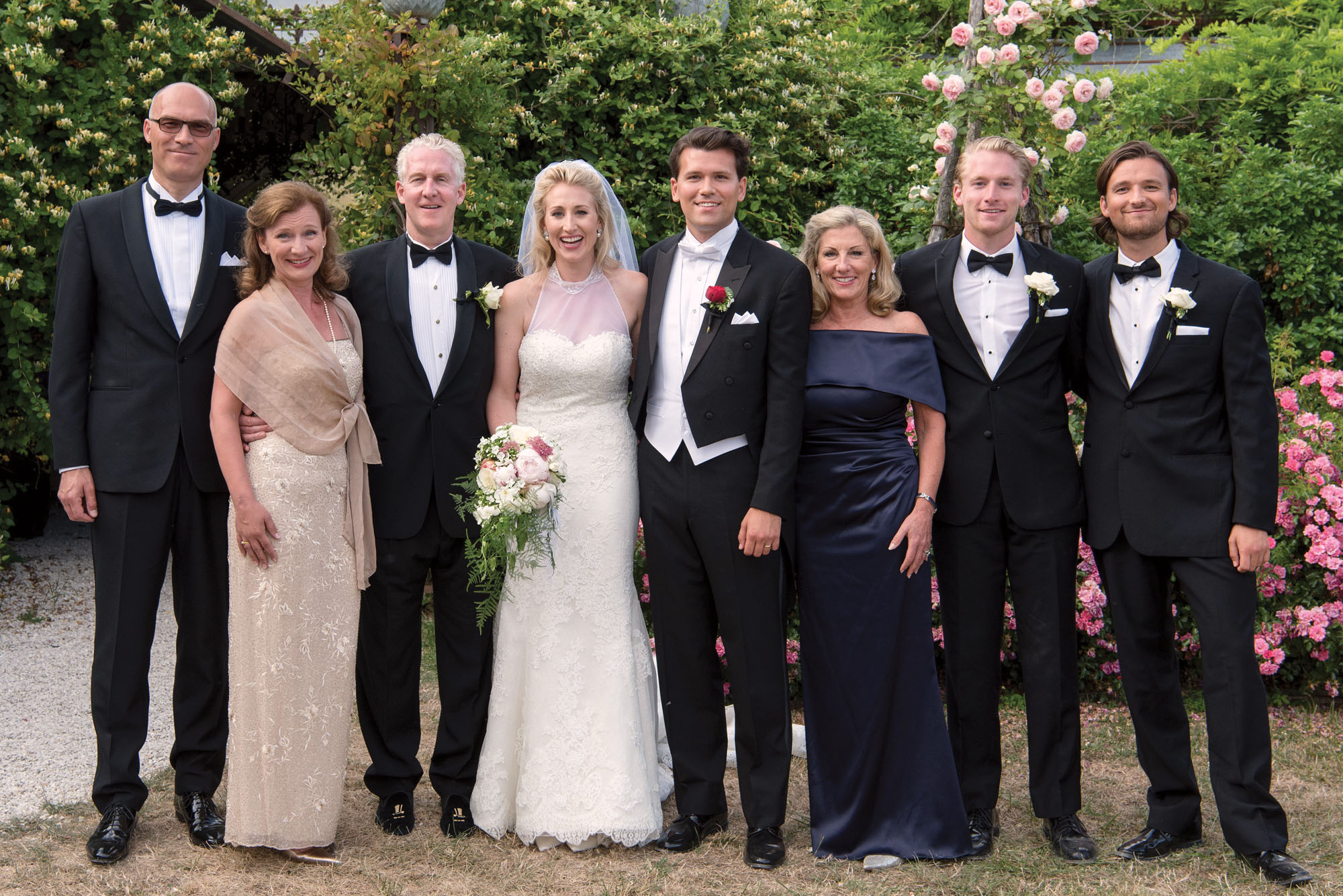 Morgan and Felix met at the University of Virginia Darden School of Business. Felix had emailed Morgan to set up a networking conversation to learn about her private equity career since Felix was planning to pursue that path. Turns out finance wasn’t all they had in common—the day before their coffee, they coincidentally met when Morgan was soliciting sign-ups for the Darden Racquets Association.

Coffee became dinner and they soon became a couple. Just before Morgan’s graduation, Felix brought her to Thomas Jefferson’s historic Rotunda and asked her to be his wife. Morgan’s mother, father and brother looked on from behind the serpentine walls, snapping photos with champagne at the ready.

Reverend Father Robert Varty officiated at the ceremony at Saint-Thomas de Cantorbéry in France and a reception followed at Chateau de Vallery.

The bride, daughter of James and Susan Breck of Greenwich, graduated from Greenwich Academy, Georgetown University and the University of Virginia Darden School of Business. Morgan works for American Express in Manhattan.

The groom, son of Johan Wibergh of London and Marie Leinar Wibergh of Sweden, graduated from Escola Graduada de São Paulo, Duke University and the University of Virginia Darden School of Business. Felix works in investments at Partners Group in Manhattan.

The newlyweds honeymooned in Greece before returning home to Manhattan.