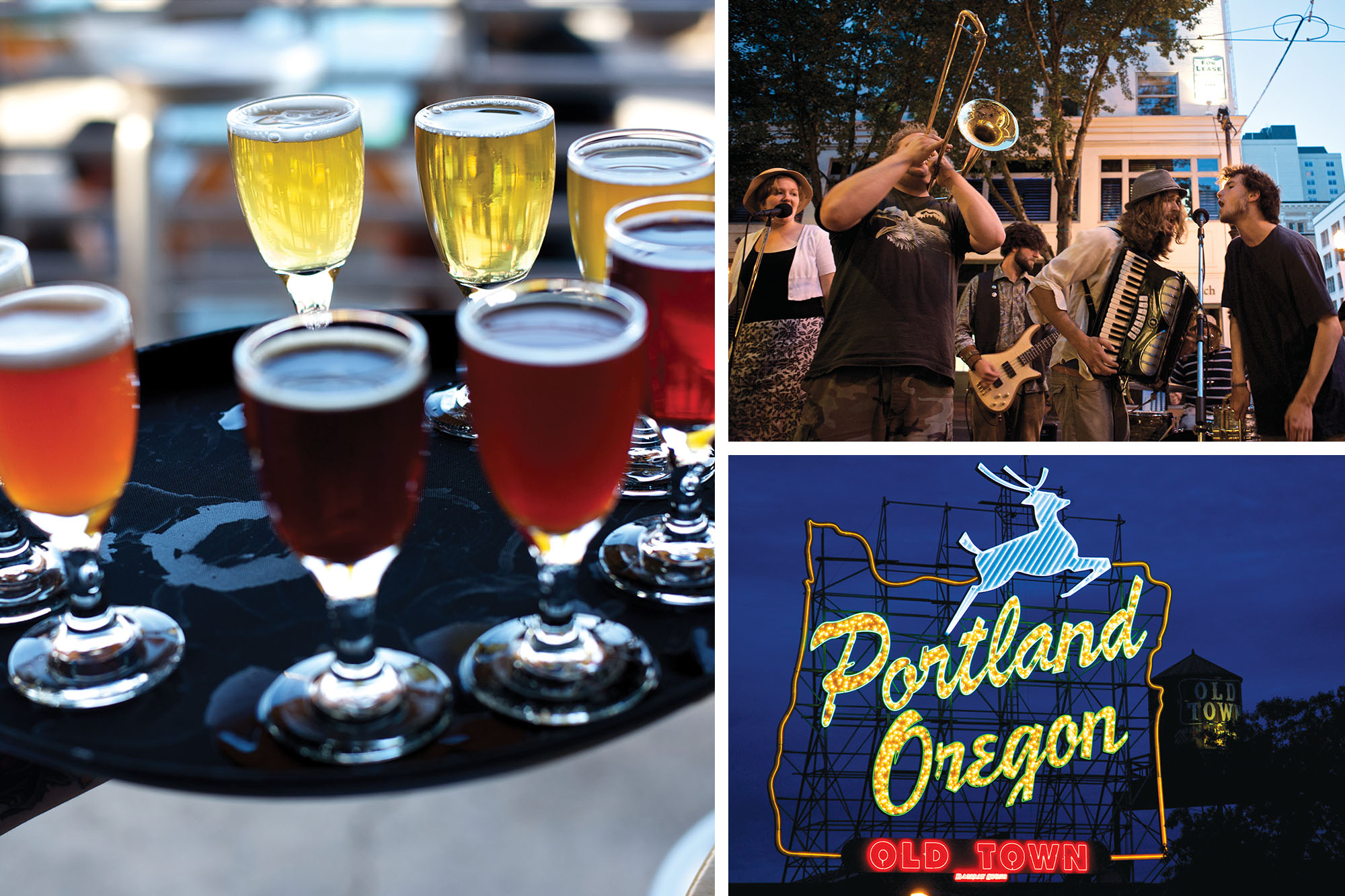 The party is never too far away.

Above: The party is never too far away.

Anyone who has seen the Portlandia episode where the diners refuse to eat a chicken dish until they are assured that their meal had lived a carefree and bucolic life might assume the writers are exaggerating for comedic effect. But where food comes from is no joke in this part of the Pacific Northwest. A locally famous chef was once arrested after starting a brawl over the pedigree of the pig in another chef’s dish. For lovers of fine food, craft beer and low-key wineries, head west and leave the Gucci and luxury cars behind. Here, flannel shirts are couture and bicycles are the mode du jour.

BEER CONNOISSEURS, TAKE NOTE!
Portland doesn’t follow trends, it creates them. (There’s almost nothing you won’t find on tap, even tea.) There are more breweries than any other city in the world, but it isn’t called “craft beer,” it’s just beer. The locals say it’s better, and nearly every listicle of Best Places to Eat and Drink agrees. You could say it’s teamwork that makes everything happen. Local winemakers and distillers share barrels with brewers, inspiring a vast range of barrel-aged beers. Brewers collaborate with chefs, salt makers, honey producers and farmers, who provide ingredients that end up in one-of-a-kind beers. They even boast “beer-fed beef,” cows that consume the spent grain from the breweries. The Ex Novo Brewing Company lives out its motto of “Better Beer for the Greater Good” by giving all of its profits to charities with a social justice angle. Word is, the beer is as good as their mission.

GET IN THE SPIRIT

1. DRINK, PEDAL, REPEAT
The most Portland thing you ever might do is to book a seat on the Brewcycle, a fifteen-seat mobile party machine that makes stops at some of the most famous breweries. Yes, you really have to pedal; no you can’t drink while riding; yes, it’s as fun as it sounds. There are three routes to choose from, including the Dive Bar Route. With more breweries than any other city on earth, you have to narrow your list somehow.

2. IT TAKES A VILLAGE
Whiskey makers rely on the same unity of community as the breweries when it comes to creating authentic Oregon whiskey. Five years in the making, Bull Run Distillery’s Oregon Single Malt Whiskey combines pure water from Bull Run Watershed and 100 percent malted barley from the Klamath Basin, aged in American char oak barrels sourced from Western Oregon. Grab a Portland Distillery Passport (from any of the participating distilleries or go to proofpdx.com) for complimentary tastings at eleven distilleries.

3. CITY SIPS
With more than fifteen urban wineries in the city, Portland is one of the only U.S. cities that warrants an all-out wine-bar hop. The grapes are all locally sourced from the nearby vineyards in Willamette Valley and beyond, but the winemaking and tasting is all urban Portland. Hop on The Short Bus (that’s really the name) and embark on a journey through industrial warehouses, trendy tasting rooms and residential garages where winemakers ply their trade. Wineries on the tour include Clay Pigeon, Hip Chicks do Wine, Seven Bridges and Urban Crush.

4. SEE WHERE THE MAGIC HAPPENS
Oregon Wines may not have the swagger of those from the hills of Italy or Provence, but the Willamette Valley was named Wine Region of the Year by Wine Enthusiast in 2016.

The valley is home to over 500 wineries and is famous for its Pinot Noirs. They trade on the unique maritime climate and an aesthetic that doesn’t take itself too seriously. Naked Winery has an official mission statement to cut America’s divorce rate in half by encouraging couples to connect with a nightly glass of wine. (Grab a bottle of Foreplay and, well, you get the point.) At the Plum Hill winery, ride horseback through the vineyards and then unwind with a bottle of Mama Cask or Grapeful Dead.

The list goes on, so be sure to spend a few days in the wine country.

PERFECT PAIRING
Considering Portland’s thirst for good coffee and appreciation for fine spirits, it was inevitable that these two worlds would collide. Local distillers have approached local coffee roasters in search of booze-friendly blends.

A STAY TO REMEMBER

VINTAGES TRAILER RESORT
Go glamping back in time at The Vintages Trailer Resort. These 1950s trailers will give you a serious dose of nostalgia, and they’re so inexpensive you can use all that extra cash on cases of wine. The resort is centrally located in the heart of the Willamette Valley, halfway between Dundee and Historic Downtown McMinnville. The trailers are grouped together in their own neighborhood within the fourteen-acre Willamette Wine Country RV Park. You’ll get all the amenities you’d get in a hotel: housekeeping, high thread count linens, luscious terry-cloth robes, a pool and hot tub. But you’d be hard- pressed to find a hotel that provides you with a propane grill, hip cruiser bikes and the ultimate Instagram-worthy stay. Rates start at around $115 per night.

RETHINKING THE TRAILER PARK
HERE’S WHAT YOU GET

IF YOU PREFER YOUR ROOM WITHOUT FOUR WHEELS

STUNNING VIEWS & THE ROYAL TREATMENT
You might think Oregon’s best hotel would be in Portland, but Travel and Leisure readers voted The Allison Inn & Spa in Newberg as best in the state. The hotel also ranks in the magazine’s Top Five for Best Wine Country Hotels in the world. The drive from Portland is just under an hour, and despite providing serious luxury, the hotel is also LEED certified. The hotel is home to seven acres of grapevines, fields and gardens, and in true Pacific Northwest style, the spa uses local berries, roses, wine and honey in the treatments. Rates start at $420 per night. 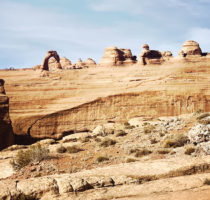 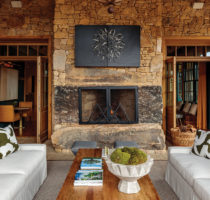 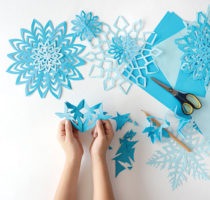 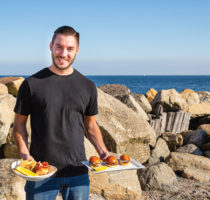