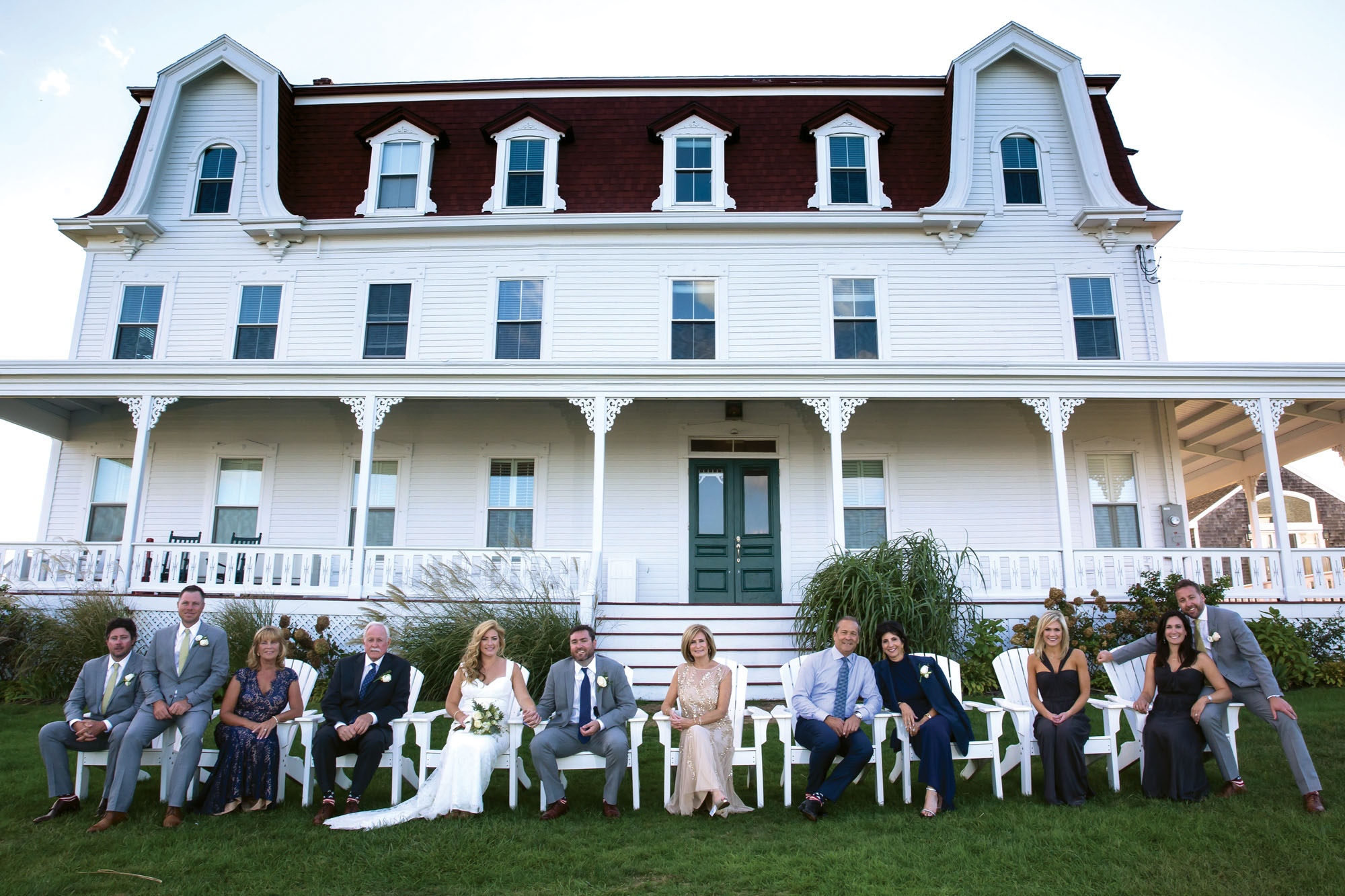 Above: Group shot at the Spring House Hotel

Although Ashley Fitzpatrick and Michael Lionetti were introduced during their college years, it wasn’t until a hockey fundraiser in the fall of 2011 that they hit it off.

Several years later, Michael decided to make their annual July 4th vacation to Block Island particularly memorable, with a proposal. He arranged for the balcony of their rental house to be set with champagne and red roses. All was ready for his romantic moment, but Ashley had other plans. She had busied herself with unpacking and settling in and wouldn’t take a break. Michael practically had to drag her onto the balcony for her to get the hint.

The wedding took place at the Spring House Hotel on Block Island, where Justice of the Peace John Sisto officiated the ceremony on the lawn overlooking the ocean. A reception followed inside, where guests enjoyed a late-night pizza party and danced the night away. Ashley is the daughter of Marsha and James Fitzpatrick of Stratford, Connecticut. She graduated from Loyola University New Orleans, and is the manager of digital ad operations at Time, Inc., in New York City. Michael is the son of Debbie Lionetti of Rowayton and David Lionetti of Stamford. He graduated from Connecticut College and is the vice president of construction at Shoreline Pools in Stamford. The couple honeymooned in the British Virgin Islands and have made their home in Stamford.