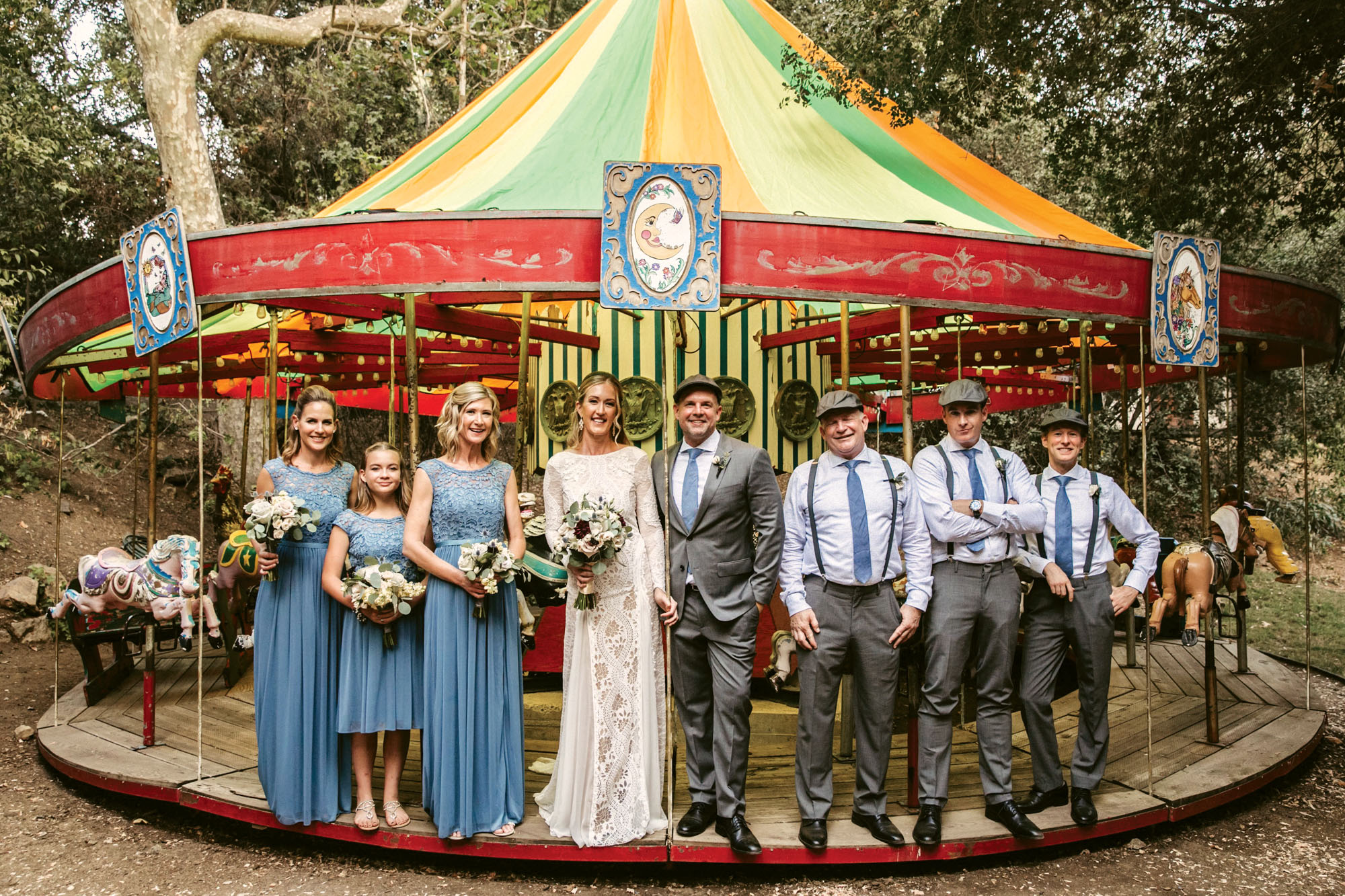 Peter and Sarah met while volunteering for a community organization. As they got to know each other, their friendship deepened, and after a year they finally went on their first date. Sparks flew and the rest is history. They spent their courtship traveling, working on creative pursuits and getting to know each other’s family and friends. Before traveling to Amsterdam for the holidays, Peter asked Sarah to open some presents, and as she was opening the final one (with the ring inside), he dropped to his knee and proposed.

Ardis Ozborn officiated at the ceremony at Calamigos Ranch in Malibu, where the reception followed. Many of Peter and Sarah’s friends are talented musicians, so during dinner a group performed and Sarah, a singer/songwriter herself, took the mic to sing with friend Dan Ryan.

The groom, son of Paula Corrado and stepson of John Corrado of Greenwich and Austin, Texas, graduated from Greenwich High School. Peter is a producer and writer for Cottontail Films in Los Angeles.

The Gibsons honeymooned in New Zealand before returning home to Los Angeles.