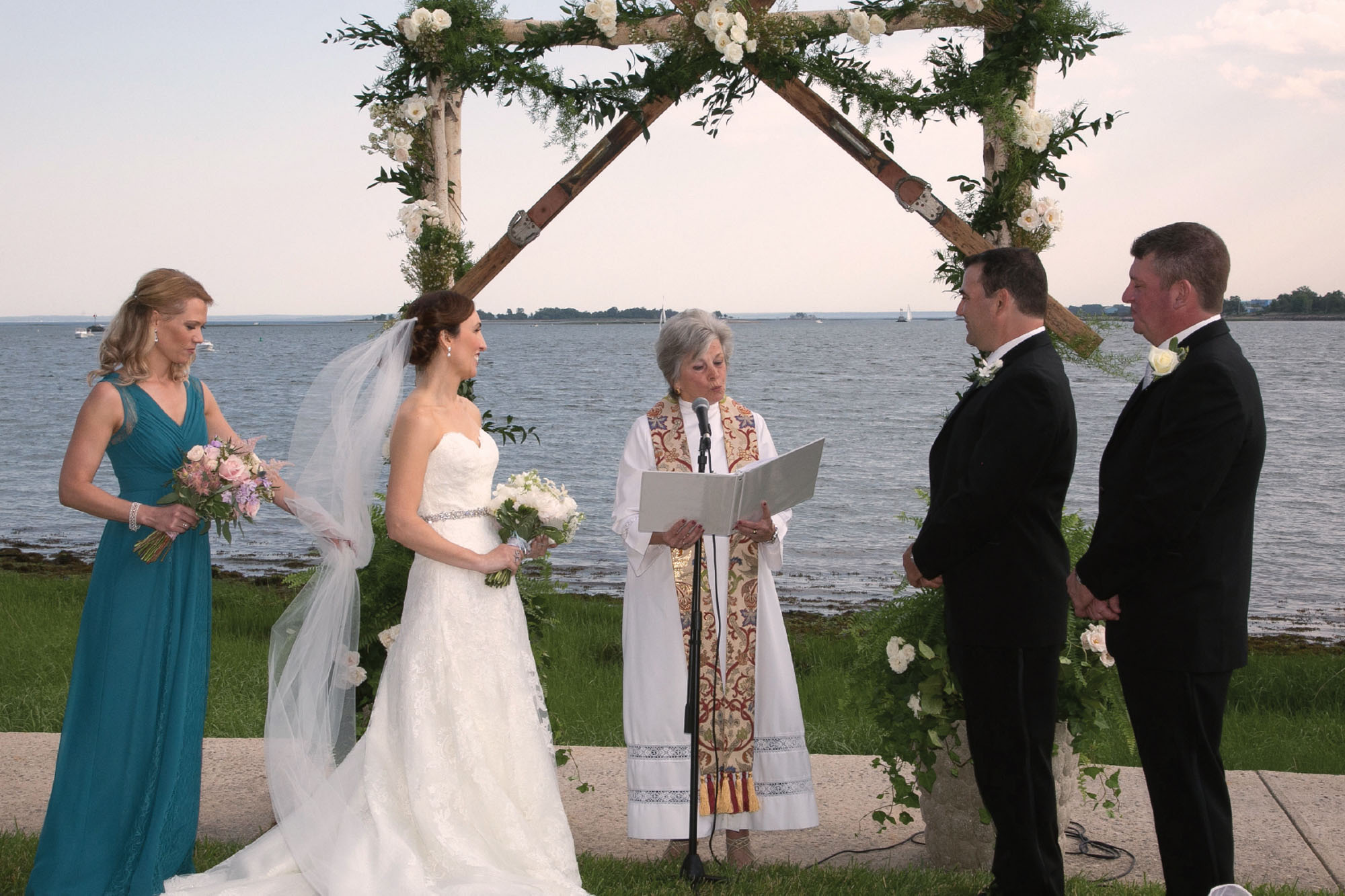 When Alison and Eric first met for dinner and drinks, they quickly discovered that they had attended the same elementary and middle schools, just a single year apart. From there, the connection between the two only deepened. Both avid skiers, they spent the next few winters on the slopes at Sugarbush Mountain in Vermont. It was there, two years after their first date, that Eric proposed at Sunset Ledge. The couple was married by Reverend Holly Adams at The Shore and Country Club in Norwalk, beneath a custom trellis made of antique skis, a nod to their shared passion for the sport.

The bride is the daughter of Valerie and Jerry Held of Westport. She received her master’s degree in clinical nutrition from the University of Bridgeport and is the owner and founder of Healthful Direction in Westport. The groom is the son of Susan Weise of Ormond Beach, Florida, and Robert Anderson of Norwalk. He served in the U.S. Navy and is now the general manager at Buck Scientific, Inc., in Norwalk.

The couple lives in Norwalk and will honeymoon in Hokkaido, Japan, this winter.