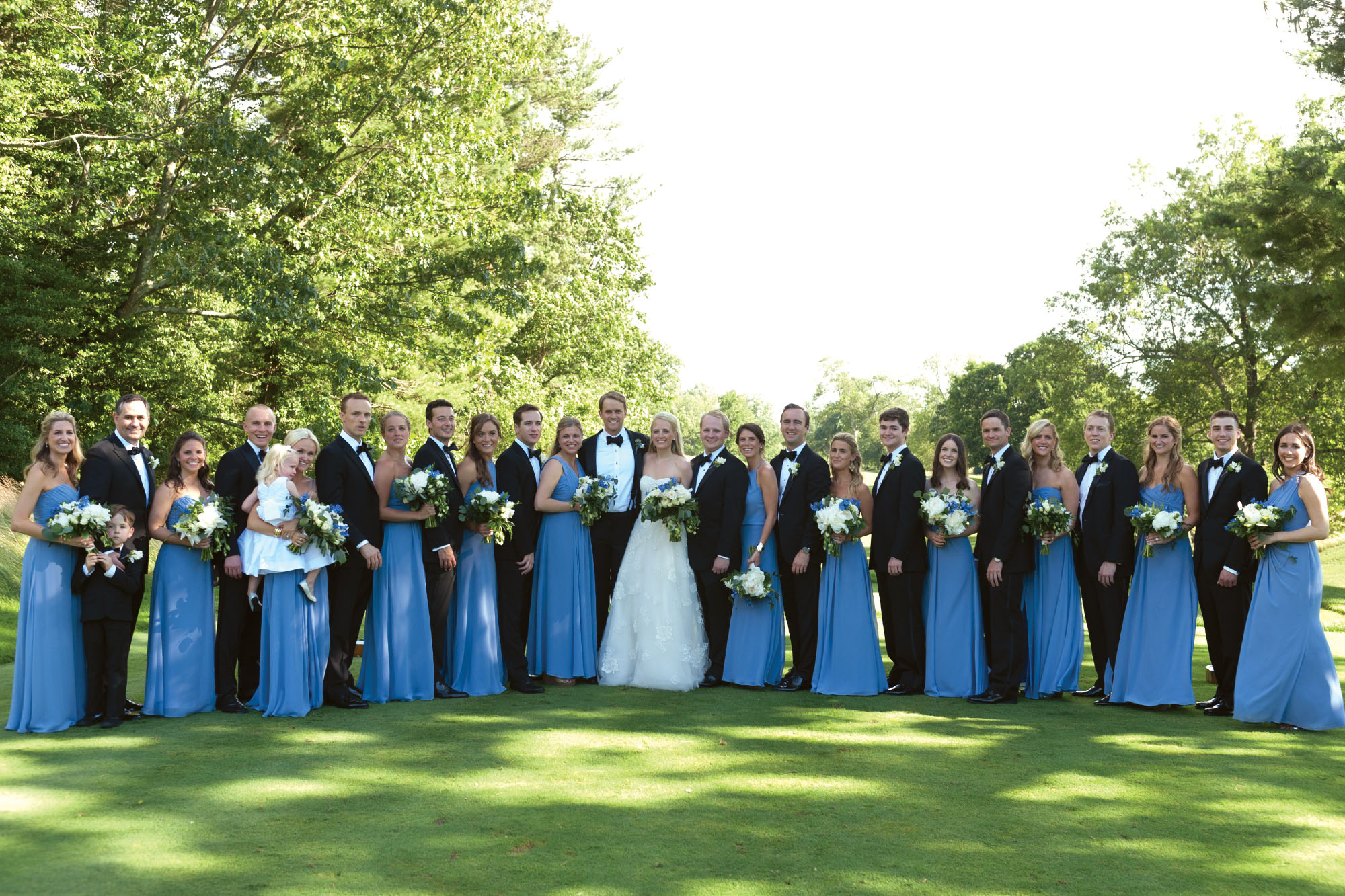 John and Louise met during the first week of freshman year at Boston College. Though they were friends throughout the four years, it took a BC vs. Notre Dame football game to make the sparks fly. The couple dated for six years before John proposed in New York City. Both families were at a nearby restaurant waiting to celebrate the newly engaged couple. Fr. John Corbett officiated at the ceremony at St. Catherine of Siena Church in Riverside, and the reception followed at Round Hill Club.

The bride, daughter of Howard and Anne Ward of Greenwich, graduated from Greenwich Academy and Boston College. Louise works for Blue Apron in Manhattan.

The groom, son of Terrence and Mary Claire Belton of Illinois, graduated from Loyola Academy, Boston College and Columbia University. John works for Evercore in Manhattan.