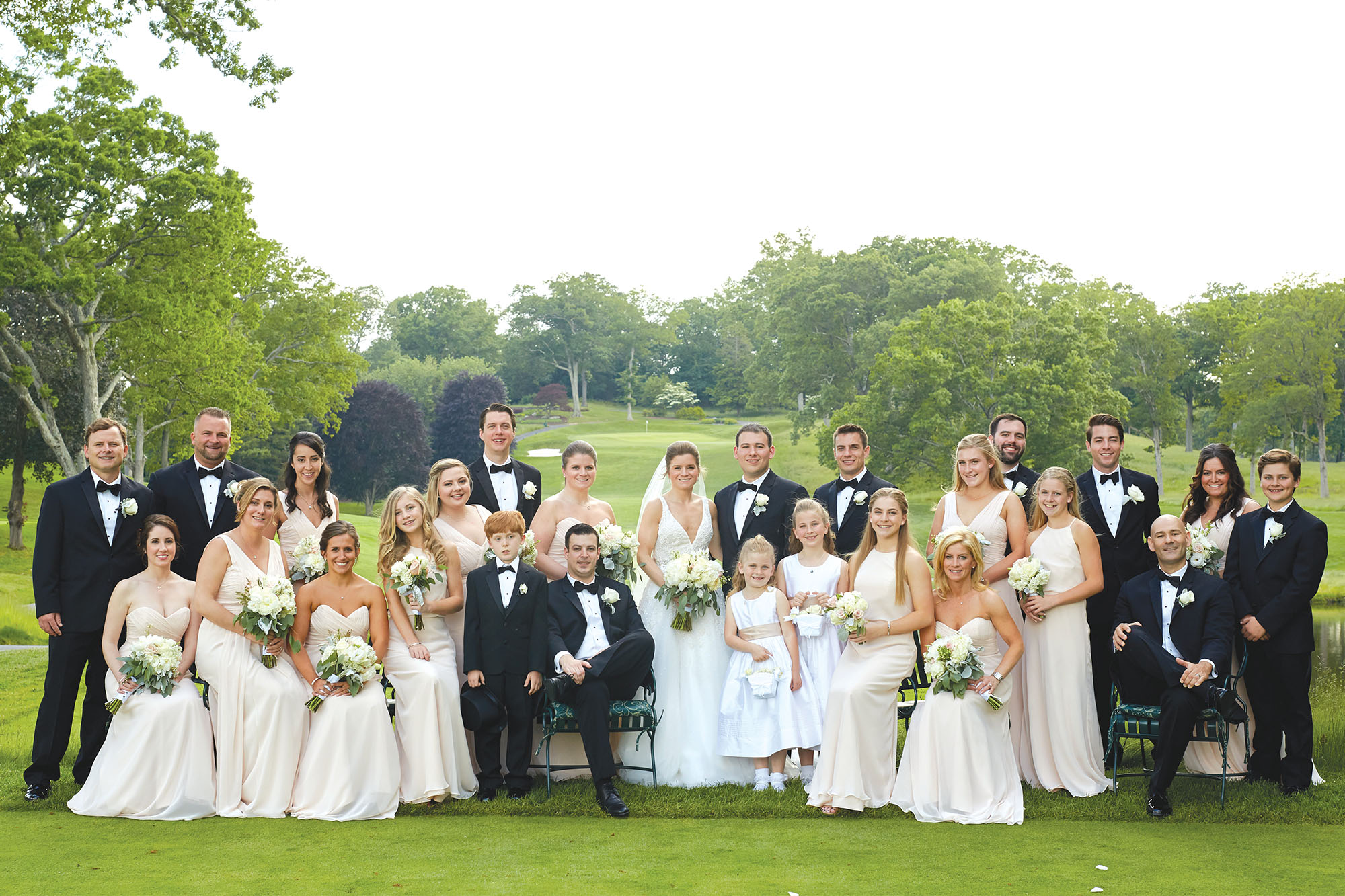 Above: The Wedding party

One spring night at Villanova University, Anthony Balsam proved that a photobomb can last a lifetime when he jumped into Courtney Parrett’s picture with her friends. The two hit it off immediately. For their first date, Tony took Courtney to his favorite breakfast spot, and they’ve been together ever since. Many, many dates later, the couple embarked on a long weekend getaway to Paris. They were on their way to dinner one evening when Tony proposed on a bridge over the Seine.

The couple married at St. Aloysius Church in New Canaan; a reception followed at the Woodway Country Club, where the bride’s brother performed an homage to Neil Diamond. The evening was capped off with New York-style pretzels.

Courtney is a daughter of Diane and William Parrett of New Canaan. She received her master’s degree in nursing administration from NYU and works at New York Presbyterian hospital as a nurse manager. Tony is a son of Mary Anne Ruppert of Naples, Florida, and Frederic Balsam of Sag Harbor, New York. He graduated from Villanova University with a degree in mechanical engineering and is a senior engineer at General Dynamics in Groton.