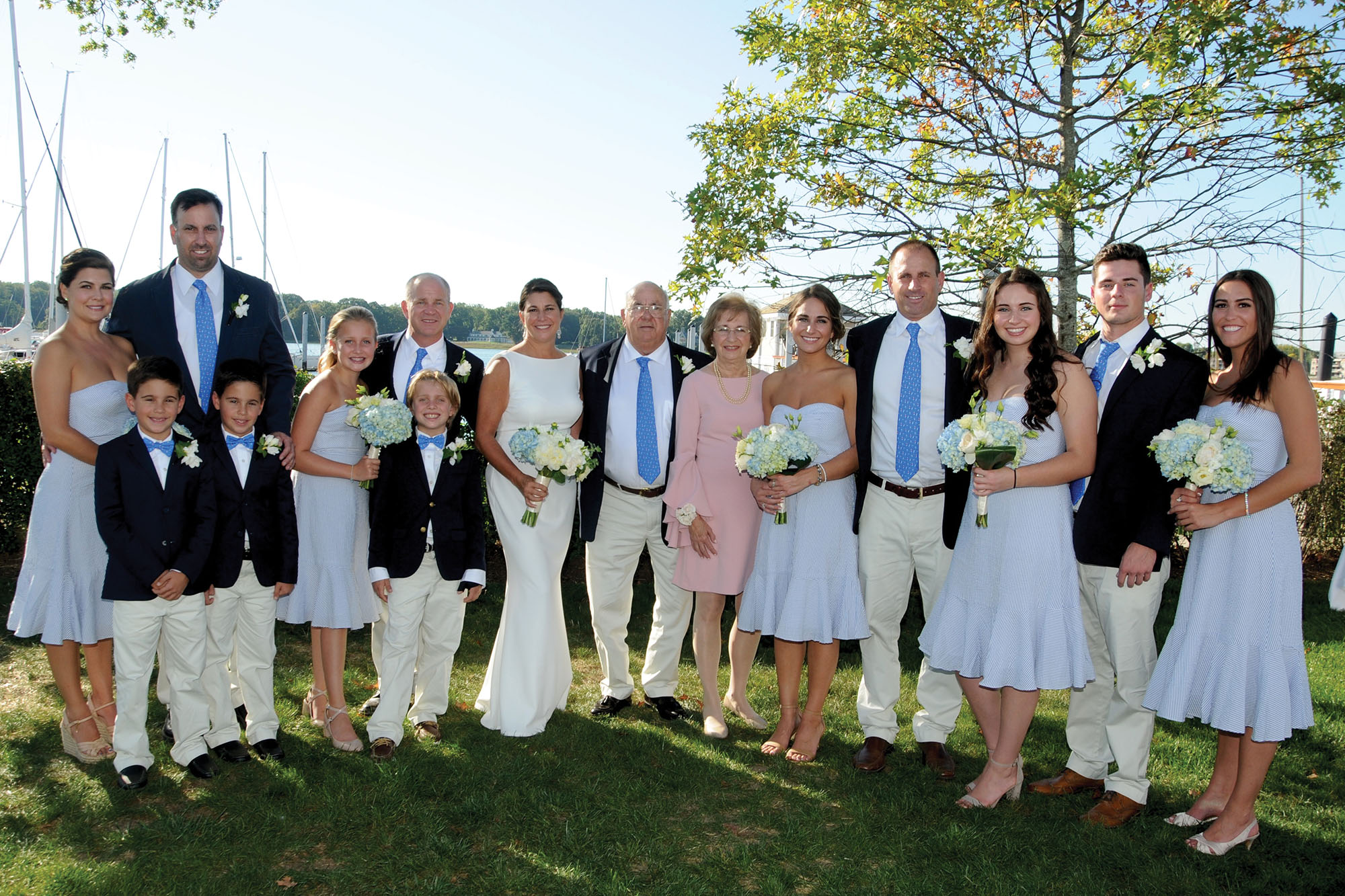 Every Wednesday night Peter would bring his children Addie and Jack to dinner at Caren’s Cos Cobber. The kids and Caren struck up a warm relationship, and soon the St. Phillip crew was coming for dinner more often. The pair started dating, and Caren became a part of the crew. Peter proposed on Christmas morning by hanging a ring on a branch of the Christmas tree and telling Caren that her gift was in, not under, the tree.

Senior Pastor Drew Williams officiated at the ceremony at Riverside Yacht Club, where the reception followed. Peter’s daughter Addie stole the show by singing “I’m Yours” by Jason Mraz and playing guitar with the band, while Jack put on a great performance on the dance floor.

The bride, daughter of Salvatore and Carmella Vizzo of Cos Cob, graduated from Greenwich High School and Wheelock College. Caren owns Caren’s Cos Cobber.

The groom, son of Peter St. Phillip of California and Maureen Finley of New Jersey, graduated from The Lawrenceville School, Trinity College and Seton Hall Law School. Peter is an attorney for Lowey Dannenberg in Cos Cob.

The newlyweds honeymooned in Vermont before returning home to Cos Cob.