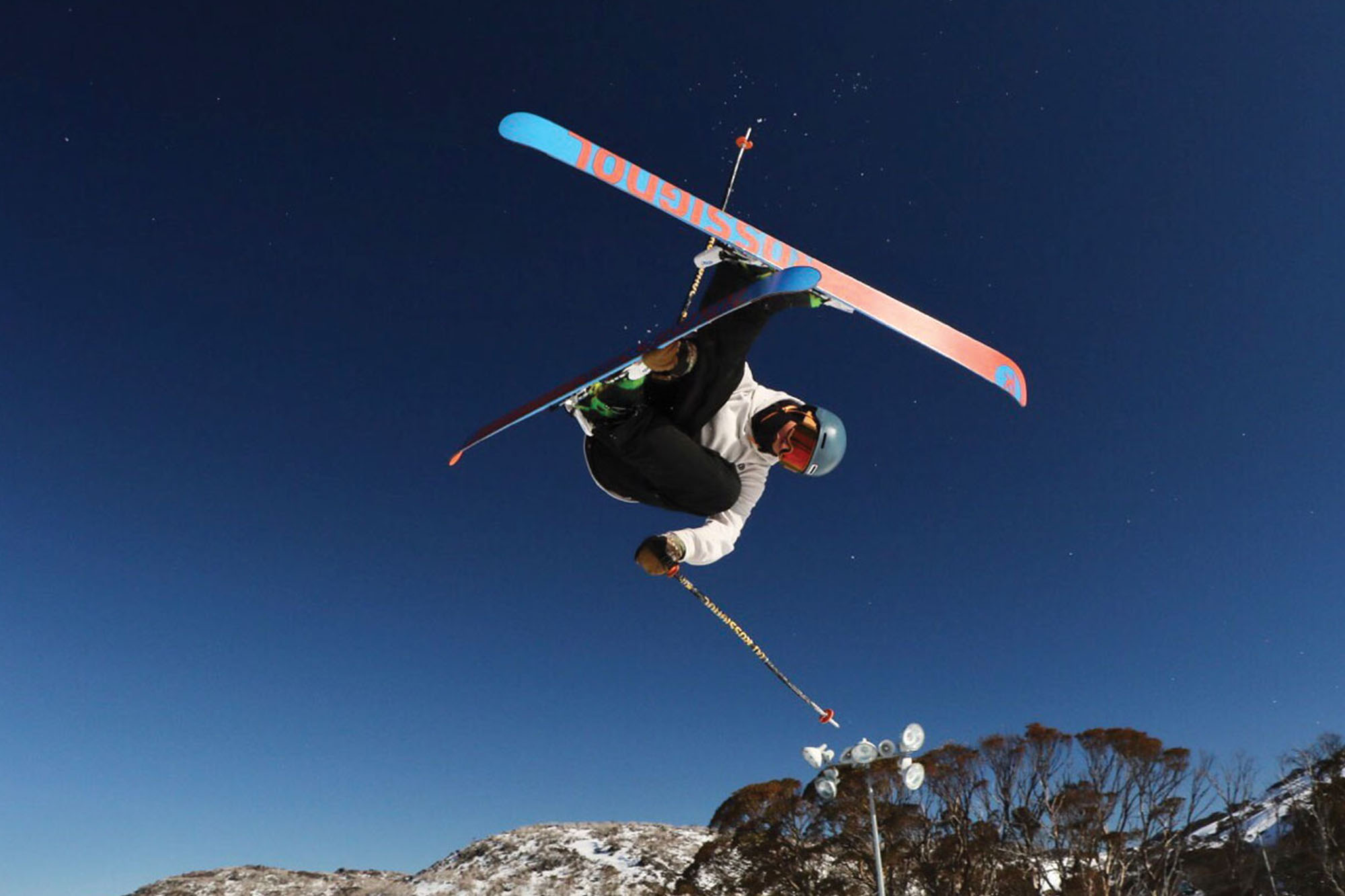 Photograph by Jesse Mallis
Above: In Perisher, Australia

Mac Forehand’s first skiing excursions did not portend the brilliance that would evolve a decade or so later. “At first, I don’t know that I liked it,’’ said Mac, now sixteen, a sophomore at Stratton Mountain School in Vermont. “I just remember the snow guns going off, being cold and not really too happy. Then I started to really enjoy it.”

Forehand, the son of Southport’s Ann Marie and Raymond, joined his parents and older sister, Savannah, on weekend ski trips in Vermont when he was three years old. Savannah emerged as a competitive mogul skier, and Mac soon followed. By age six, he started racing in downhill competitions but quickly switched to freestyle, also known as mogul skiing. Mac competed in freestyle skiing for five years before moving over to freeskiing, where he found instant success. Freeskiing athletes compete in terrain parks and are judged on their tricks, landings and difficulty. It’s similar to snowboarding events, except that athletes compete on skis.

“Mac has so much natural talent and ability,’’ said his coach, Jesse Mallis. “He’s really coachable and has an incredible work ethic. He always wants to get better and never stops.”

Mallis said Forehand’s ability stems from physical gifts in balance, coordination and core strength. “Mac also has tremendous air awareness,’’ Mallis said. “He knows what he has to do to land on his feet. He practices a lot off the snow on the trampoline, and he’s amazing.”

Mac played soccer as a young boy and still plays with the SMS lacrosse team. His passion, however, is the slopes, where his aerial athleticism leaves fans breathless. “The first time I saw him ski, he stood out,’’ Mallis said. “You watch him and you know right off the bat he’s good. He’s really smooth, he grabs really well and chances are he’ll land on his feet.”

Freeskiing will be included in the Winter Olympics in 2018 and Forehand could be a contender to make the U.S. team in 2022.

“Hopefully, I’ll get in the X Games at some point, compete at the World Cup level and go to the Olympics in 2022. That would be a great accomplishment.”
–MAC FOREHAND