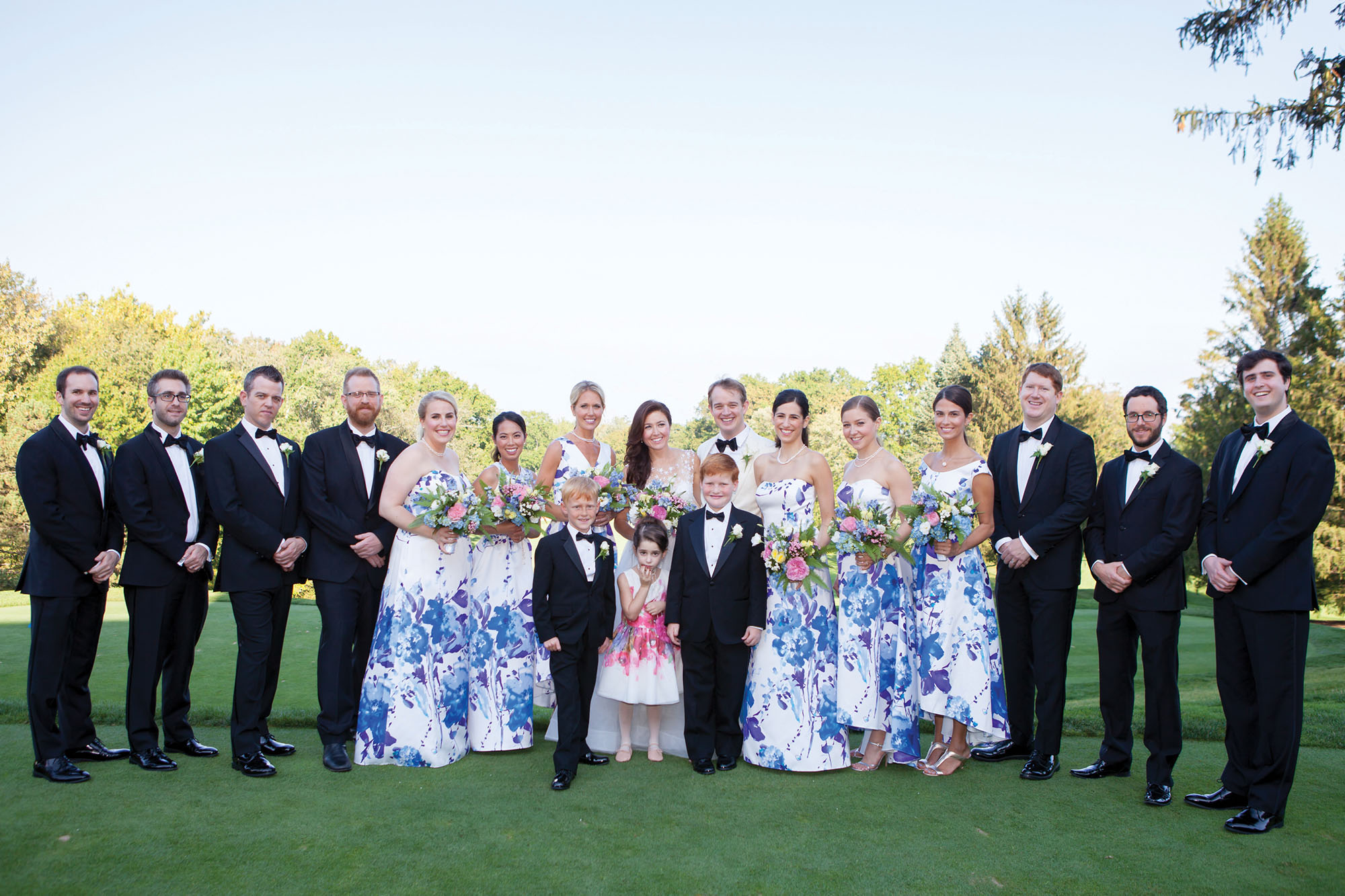 Even having lived only miles apart as teenagers in backcountry Greenwich, Meghan and Todd didn’t meet until decades later as colleagues in the venture capital industry. The pair dated for just over two years, when Todd took Meghan to his family’s home in Baker’s Bay, Bahamas. Upon arrival, Todd whisked Meghan off to a long private breakwater on the island. As the candy-colored sun set over the water, he had her open a bottle of champagne and when the cork popped, Meghan turned around to see Todd on one knee ready to pop the question.

Rabbi Daniel Wolk officiated at the ceremony at Fairview Country Club, where the reception followed. Under a colorful tent, the couple danced the night away at their spirited reception that included the bride playing the trumpet and the groom performing a choreographed song for Meghan. The newlyweds closed the night with a spontaneous ’80s rock medley alongside the Cafe Wha Band from Greenwich Village in Manhattan.

The newlyweds honeymooned in Thailand before returning home to Manhattan.