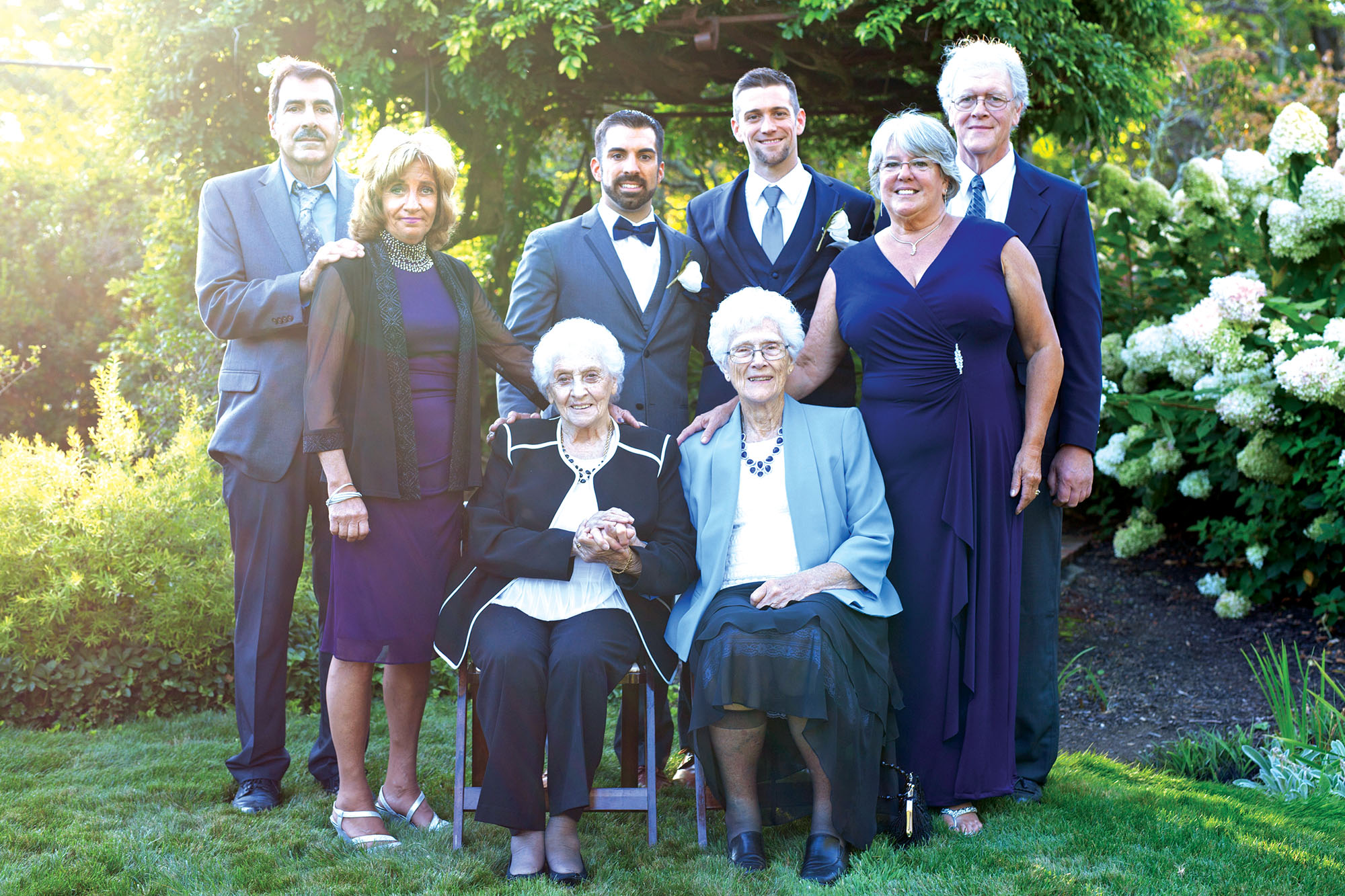 The couple with their families

Above: The couple with their families

Entering into a new professional field can be exciting. What’s even more exciting is finding your soul mate during the process. When Adam pursued his journey into fitness, he looked at JoyRide Cycling Studio for a job, where he took his first class with Jared. After their cycle together, Adam couldn’t help but call his instructor his hero. The two proceeded to go on a few dates, which led to a relationship and, eventually, a life-changing moment. Under the guise of filming a commercial, Adam surprised Jared by getting their friends and coworkers to join a flash-mob proposal, filmed and distributed by HooplaHa—Only Good News. The video went viral and turned into an online series called “Joy Story,” which documented the ups and downs of wedding planning leading up to the big day. The ceremony was performed by officiant Flo Pritchard at a close friend’s house in Ridgefield. Adam, son of Libby and Gary Keller of Brookfield, Connecticut, is a fitness professional and is currently coaching at JoyRide Cycling Studios. Jared, son of Jan and John Marinelli of Hartland, Connecticut, is also a fitness professional at the studio. The newlyweds honeymooned in Hawaii. They call Ridgefield home.