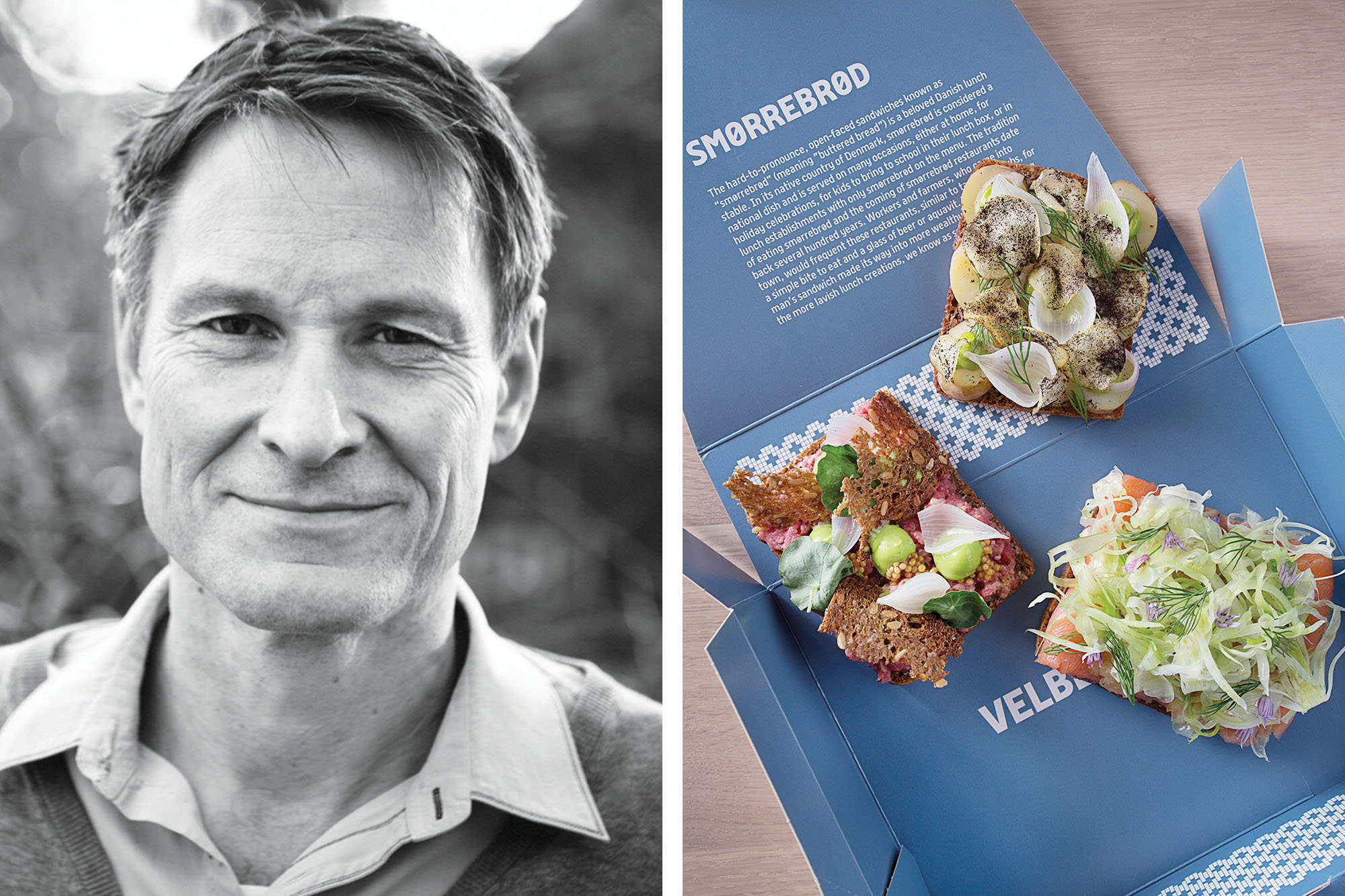 Smørrebrød is as ubiquitous in Denmark as the sandwich, piled high with lunch meats and squashed with lettuce between two pieces of bread, is in the United States. The difference in the Scandinavian food staple is not just the use of one piece of bread—a dark, dense, deeply earthy rugbrød—but also the elaborate layering, which follows long-established rules of Danish food etiquette. If you’re a newbie to the art of smørrebrød, learn the rules before you break with tradition. There are reasons for why the ingredients are layered, which tools are used and in which order to eat multiple pieces.

Westport has yet to rally its own official smørrebrød expert, but there is tangible proof that Nordic cuisine is having a moment—and you don’t have to travel to Copenhagen for a taste. Instead, enjoy the cuisine of Noma cofounder Chef Claus Meyer. The culinary master most recently oversaw the opening of Great Northern Food Hall in nearby Grand Central Terminal. One of the most influential figures in Nordic food, he has published more than a dozen books, including The Nordic Kitchen.

Great Northern, a reported $20 million operation, mixes old and new. For one, it’s located in a world-famous national historic landmark, where movers and shakers of all backgrounds continuously cross paths today. For another, it reveres a traditional food, yet reimagines and elevates it to current cravings. And, finally, it goes old school by partnering with farmers and producers from the New York region and cooking in-season ingredients—which, of course, is all the rage recently.

The powerhouse behind the place is MeyersUSA (meyersusa.com), a hospitality group started by Meyer. A Dane, he has spent his thirty-plus-year career unearthing the joy of Danish food and sharing it far and wide. He is credited with being the creator of the New Nordic Cuisine movement.

“Smørrebrød needs to be created thoughtfully, but not necessarily elaborately. I think focusing on quality, seasonal ingredients and dense, fresh rye bread is key,” he says. “Many of my recipes are adopted from when I originally created them in Denmark. I like calling my cuisine here ‘New York Nordic,’ because I use only local, seasonal ingredients that are available here—different from what I used in Denmark. Some ingredients here are more starchy or acidic, so I think about that as I re-create recipes so everything balances out.”

As for what distinguishes contemporary tastes, he explains, “Nordic cuisine is all about purity, simplicity and freshness. Using ingredients that are accessible, local and seasonal is important to every dish we create.”

The hall is a collection of pavilions, each serving different food and drink. At the Open Rye pavilion, try smørrebrød, piled high with vegetables, cured meats, fish, pickles and condiments—and enjoy it like a Dane: with knife and fork, and a beer. greatnorthernfood.com

Think you can keep up with Chef Meyer? Join him for a three-mile run at 7 a.m. in Central Park. Your reward is a complimentary cup of coffee and a cinnamon swirl at Great Northern Food Hall. See schedule on its website; register on its Facebook page.