This five-acre property, which is on a ridge overlooking the New Canaan Reservoir, has a lot of history reflected in its new landscaping.
Yes, it has deep roots. The house, which dates to the late 1800s, had been a cow barn for a nearby farmhouse. It still has its rustic look, and I used that aesthetic to create a landscape that speaks to then and now. It was all one big space, and there wasn’t much in it other than one great oak tree outside the front door, which we kept. We also retained the footprint of the front drive as well as the existing swimming pool and the pergola. We created some smaller garden rooms and enclosed them with hedging, but alternated them with large, unbroken spaces, which include a meadow and an herbaceous border with a water feature.

What did the owners envision for the property? They are a young couple, so they wanted a somewhat contemporary look that melded with the antique architecture of the house. The front of the property faces a well-traveled main road, so they wanted a way to subdue the traffic and to make everything private. We created a large screening of greenery on the south side of the property by replacing a row of white pines that had thinned out with Norway spruces, hydrangeas and large, flowering viburnum shrubs.

The front entrance acts as a gentle, green barrier between street and house. How did you achieve this look? We created the main entry gate, whose design was derived from other fencing on the property. Then we planted two rows of Japanese holly in overlapping layers so that as you pass by you get little peeks out through them, but if you’re stopped, they look solid. The height of this hedge was based on what was needed to ensure that passing cars were blocked from view.

It looks protected yet inviting. The property across the street is beautiful, so we wanted to continue to borrow that view. We also didn’t want to turn our back on it and the neighboring properties with an unfriendly barrier.

The orchard that runs along the north side of the entry drive is a wonderfully old-fashioned feature. There’s an apple orchard on the property across the street, and the clients wished to have an orchard as well. The nine trees came from a working orchard on Long Island. They counterbalance the formal, sphere-shaped linden trees that flank the oil-and-stone driveway. They pave the way for the sheared row of eight lindens and an existing fieldstone wall that we lined with a boxwood hedge and pachysandra.

The garden off the parking courtyard includes an unusual water feature. What inspired it? The owners had been to Bali and wanted a Balinese water feature. We chose floating steps made of reclaimed granite because they have an old agricultural feel that is appropriate to the original use of the property. Then we replanted and enlarged the surrounding garden, enclosing it with an evergreen hedge of Japanese holly. We planted it with perennials, including peonies, ferns and Nepeta, in the colors the owners requested—whites, pinks and blues.

That garden leads to the back of the house and the more recreational areas of the property. The swimming pool was there–the husband loves to swim–so we simply cleaned up the space and removed the diving board for aesthetic and safety reasons. The existing yew hedge was left against the fieldstone retaining wall, and we added a matching fieldstone fireplace on the opposite side of the pool from the pergola. The mason matched the stone of the existing walls near the pool.

I see there’s a boulder leading to the large meadow. What is the story of that? This is the meditation rock. We had originally suggested siting a large granite stone in place of the diving board, but we decided to put it in the meadow instead. Sitting on it gives a nice serenity and a view of the flower-filled meadow. Using it this way was a nice serendipity.

I noticed there’s a series of granite slabs leading to the large meadow. Why did you choose that material? You see a lot of granite in older homes. It’s durable, and it felt appropriate for this property. In fact, reclaimed granite was used as a common thread to unite the various garden rooms throughout the property. We used it on the path leading to the front door, to surround the terraces that we infilled with bluestone and on the pathways and new stairs.

Speaking of older homes, how did you choose the clean, crisp paint color for the house and three-car garage? When we started work, they were a greenish gray, and the window trim was burgundy, which made the windows recede. It had a very antique look, and the owners wanted something more contemporary. We chose Farrow & Ball Pavilion Gray and painted everything that color to get a more up-to-date look that was more in keeping with the new landscaping, which cleaned up and simplified the plantings and used a much narrower color palette.

I’m struck by how peaceful the property looks and how seamlessly each space greets the next. It’s a very bucolic and tranquil landscape befitting the architecture of the house. The property has three distinct levels: from the house, you go down to the pool, and from the pool, you go down to the large meadow, which gives an open view of the reservoir. It’s about transition and how each level relates to each other.

It must be rewarding to watch the garden grow. Our work continues to mature and evolve with time. Every time I walk through the property, I’m reminded that none of these spaces were there. Our plan created a clear way to walk around and enjoy the individual spaces. The juxtaposition of formal and informal spaces, of clipped and wild, is what makes the landscape dynamic.

What’s your favorite part of the garden? There is a photo of the garden as the sun is setting that captures its feeling particularly well. It’s taken above the fieldstone fireplace, and it looks over the meadow to the tree line across the way. What’s so vital about the landscape is the simplicity of the horizontal hedge against the verticality of the bordering trees and the broader landscape. 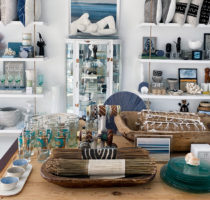 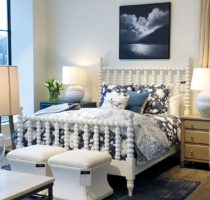 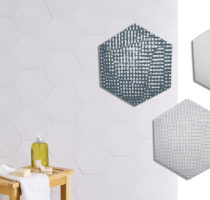 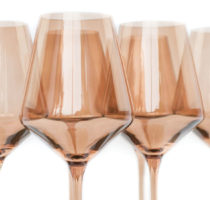 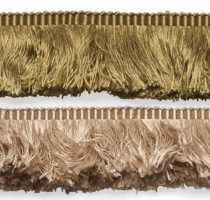 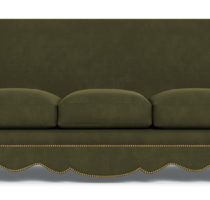 When it comes to green, we’re all about olive