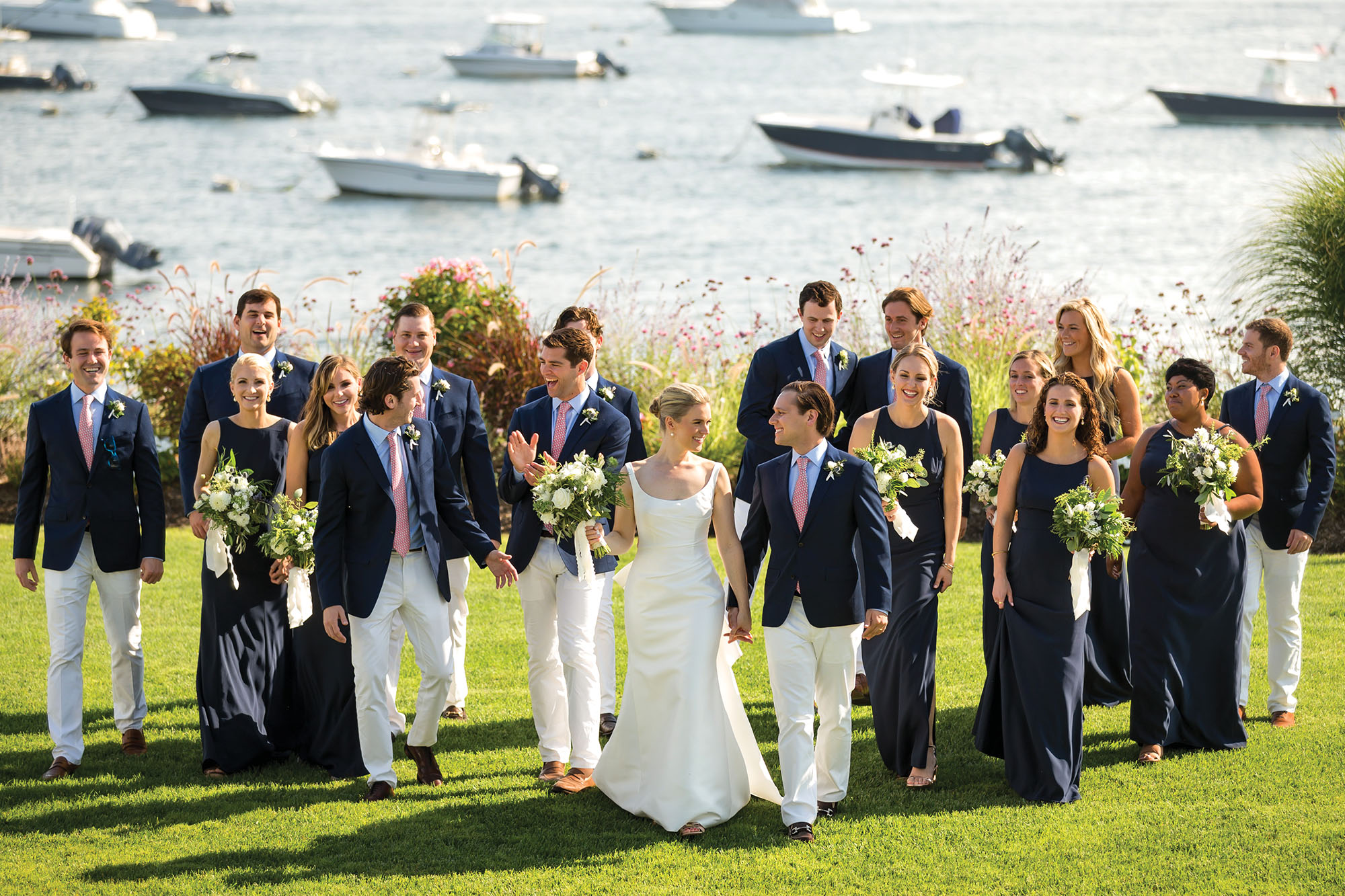 Sara and Tommy were first introduced by mutual friends in Washington, D.C., where they were both attending a music festival. After talking for much of the weekend, Tommy asked Sara for her phone number and upon their return to New York City, the courtship began.

After four years of dating, the pair became engaged on a weekend trip to Montreal—a special spot as it was the first place they had traveled together. Tommy proposed to Sara at the top of Parc du Mont-Royal, overlooking the city.

Reverend Terence Elsberry officiated at the ceremony at The Belle Haven Club, where the reception followed. The couple’s beloved black Labrador retriever, Goose, served as best dog. The escort table centerpiece was a large stunning selection from the garden of Sara’s mother, and her father arranged for signal flags bearing the initials of both the bride and groom to be flown on the day of the wedding. In honor of her paternal grandparents, Emil and Louise Kratovil, Sara wore their 1981 Martha’s Vineyard Derby buttons on the inside of her gown to complete the “something old and something blue” tradition.

The bride, daughter of Lyn Cushman of Greenwich and David Kratovil of Boston, graduated from Greenwich Academy and Bucknell University. Sara works for the Fox News Channel in Manhattan.

The groom, son of Kathryn and Theodore Stern of Boston, graduated from The Roxbury Latin School and Duke University. Thomas works for Apartment Therapy Media in Manhattan.

The newlyweds honeymooned in New Zealand and Fiji before returning home to New York City.