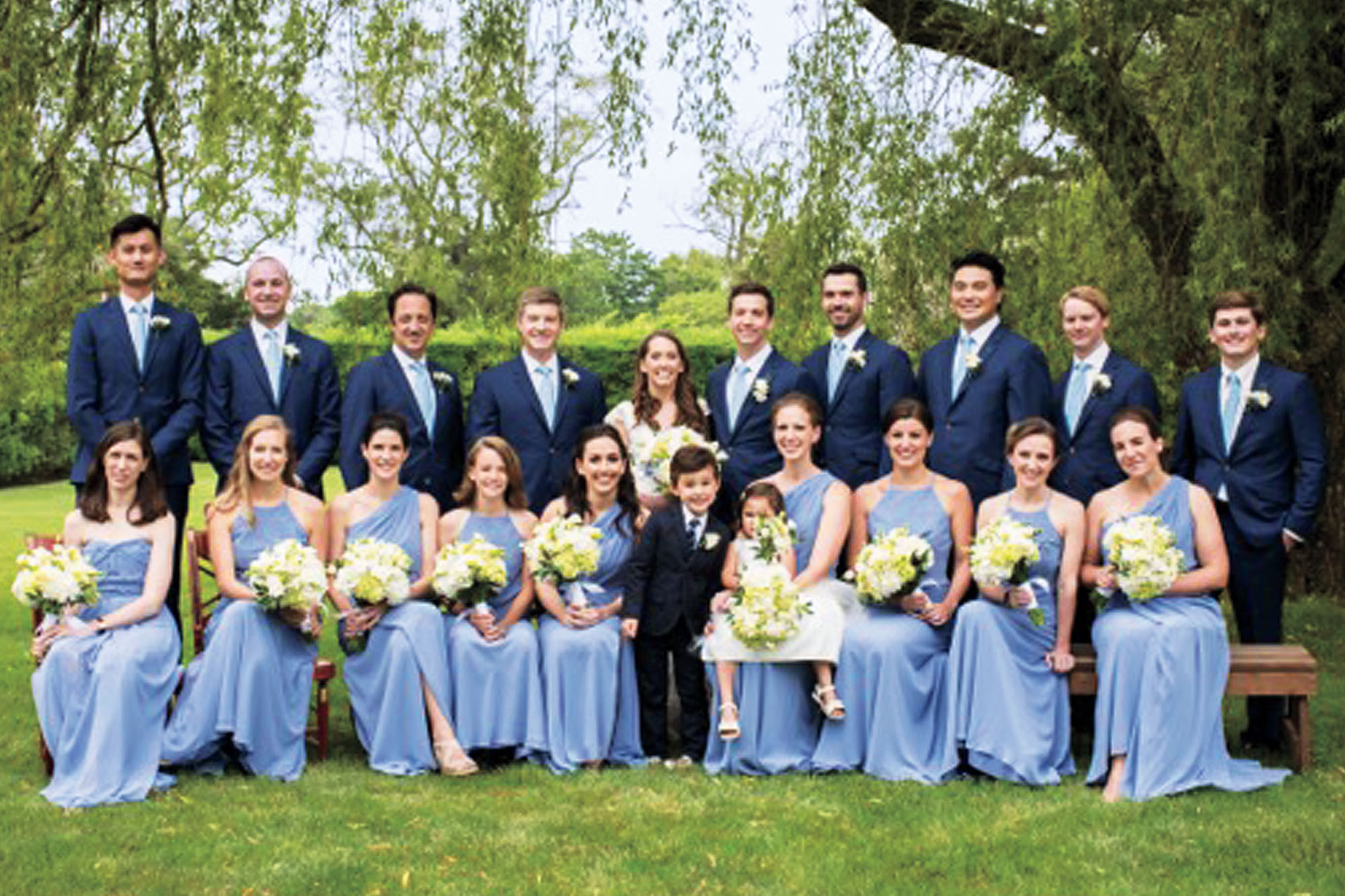 Anne and Patrick first met in Manhattan during an internship at J.P. Morgan. They hit it off and became fast friends. Unfortunately, the summer ended and they went back to their respective business schools at the University of Virginia and Georgetown. They kept in touch, however, and were reunited when they accepted full time jobs at J.P. Morgan. The stars aligned and the two were assigned seats next to each other during training. After careful review of the company’s H.R. policy, Patrick asked Anne out to dinner and they have been together ever since. Three years after that first date, Patrick proposed on the beach in Hawaii.

Reverends Michael Ralph and Joseph Kraker officiated at the ceremony at St. Marks Episcopal Church in Westhampton. The newlyweds drove to the reception at the Quogue Field Club in a 1967 Red Mustang that has belonged to Anne’s grandfather, David Lawrence.

The bride, daughter of John and Phoebe Erdman of Greenwich, graduated from Groton School, Princeton University and the University of Virginia. Anne works for J.P Morgan in San Francisco.

The Wernigs spent their honeymoon in Puglia and the Amalfi Coast in Italy. They call San Francisco home.