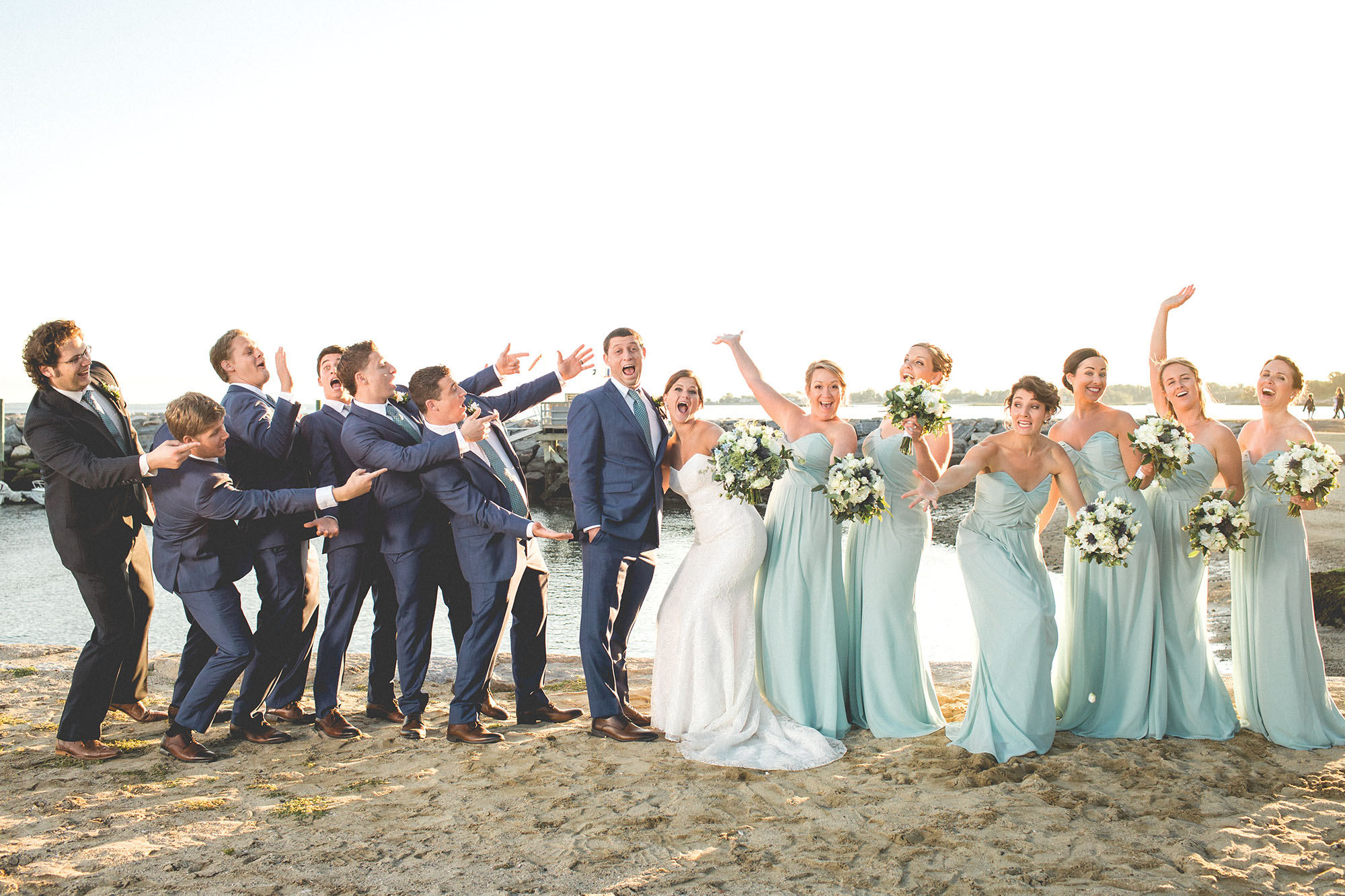 Above: The bridal party

Be thankful for good friends and good brothers; you might find love because of them. When Ariana was at Elon University, she attended a party with her best friend. There, they met up with Jeremy, who had invited his younger brother Ross. Ariana and Ross immediately clicked and shared their last first kiss that night. Although Ariana moved to Boston for medical school, the couple remained together. Six years later, knowing how much Ariana loved animals, Ross took her to the Beardsley Zoo. There, he had arranged for a special experience with the wolves and anteaters, topped off with a proposal.

The couple were married by minister Susan Pfiel at the Roton Point Association in Rowayton. During the reception, the wedding cake got knocked over. Whether it was the vibrations from enthusiastic dancing, an accident-prone guest or the table simply collapsed, nobody knows.

The bride is the daughter of Amy and Bruce Wilkinson, of New Canaan. She received her doctoral degree from Boston University School of Medicine and practices emergency medicine at Jackson Memorial Hospital in Miami, Florida.

The groom is the son of Jill Bloom of Hollywood, Florida, and Sandy Weber of Delray Beach, Florida. He received his Doctor of Chiropractic degree from Life University and practices at the Miami Accident Center.

The couple honeymooned in Barbados before returning home to Miami.