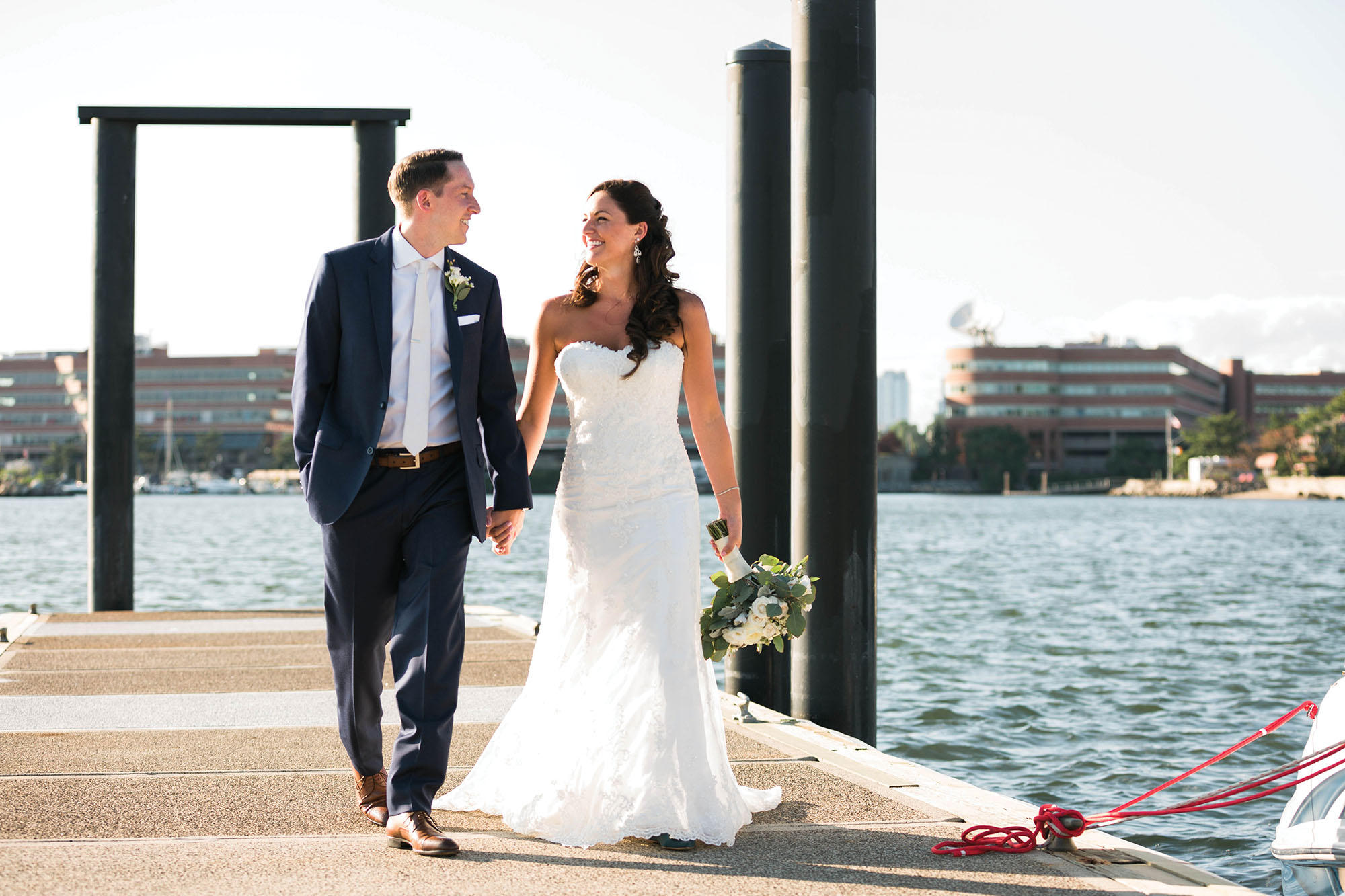 Above: Strolling along the waterfront

Katherine had no idea she would fall in love with the boy next door. Or, rather, the boy upstairs. Brendan and Kat lived in the same apartment complex and frequently saw each other in the building’s gym but never spoke to one another. That changed when they ran into each other at a local bar and talked into the night, exchanging phone numbers before the evening was over. The next day, Brendan called Kat and invited her over to watch the Golden Globes and enjoy some pizza.

Three years later, Brendan rented a cottage at Winvian Farm in Litchfield County and proposed during a private dinner. The couple was married by their friend, Justice of the Peace Patrick Turano, at the Stamford Yacht Club, where a reception followed. “We chose to get married in Stamford because our entire love story took place in Stamford,” says Kat. Guests could even see the apartment building where the couple first met from the venue.

The bride is the daughter of Beverly and Randy Fairchild of New Fairfield. She received her master’s degree in education from the University of Connecticut and works as a Spanish teacher at Eastern Middle School in Greenwich. The groom is the son of Lisa and Bill Mellen of Easton. He graduated from Monmouth University and is an account executive for RR Donnelly, splitting time between Norwalk and Manhattan.

The couple enjoyed a honeymoon in Rome and Florence. They call Stamford home.