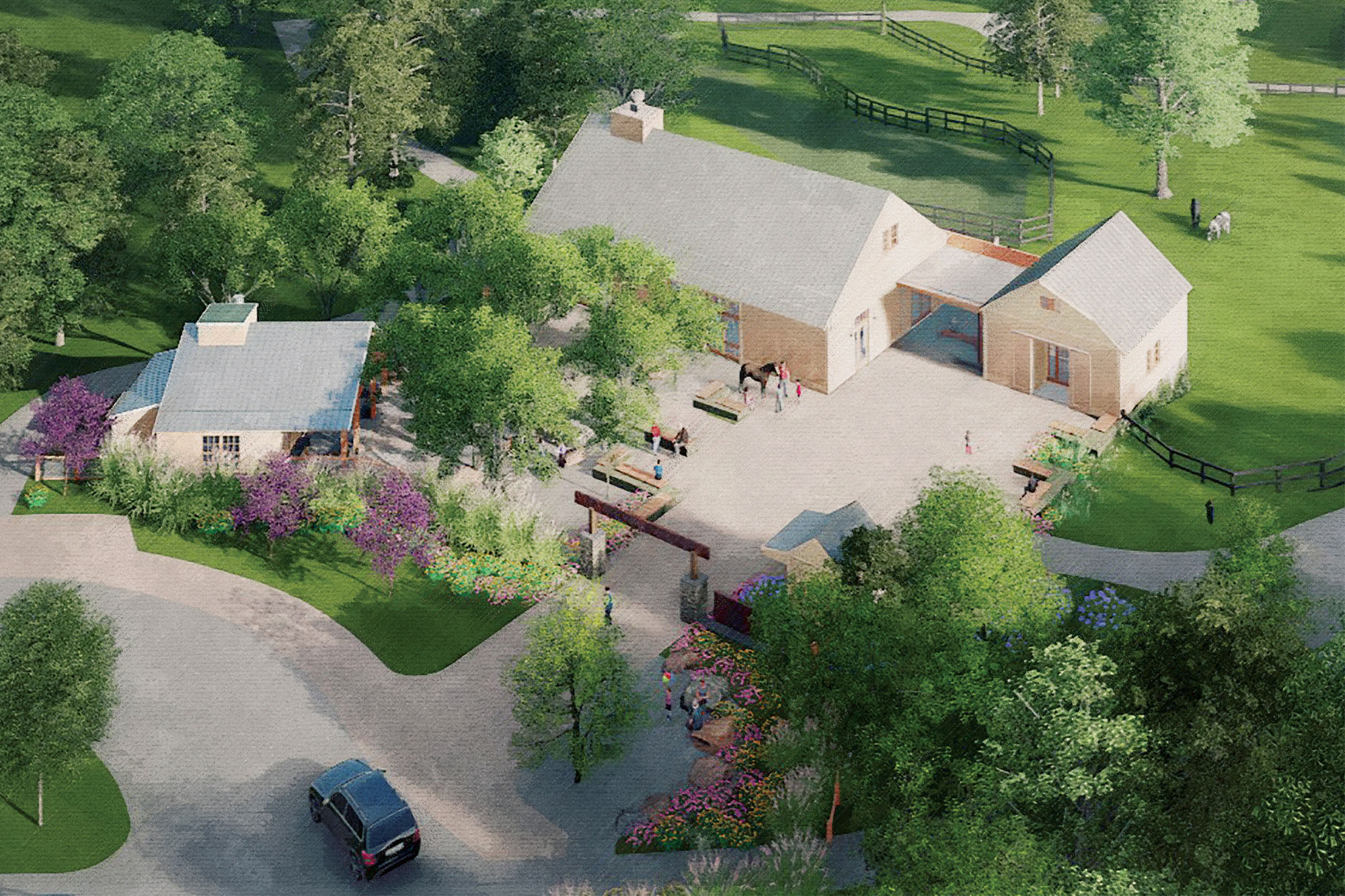 Exterior rendering of the Environment Education Farmhouse and adjoining Maple Sugar and Apple Cidering House, expected to be completed in 2019

Photographs courtesy of Stamford Museum & Nature Center
Above: Exterior rendering of the Environment Education Farmhouse and adjoining Maple Sugar and Apple Cidering House, expected to be completed in 2019

A s host to a steady flow of visitors that has grown to more than 200,000 annually, the STAMFORD MUSEUM & NATURE CENTER (SMNC) has strained at its seams for nearly a decade to accommodate its fans. The sprawling 108-acre campus includes wild woodlands, nature trails and vernal ponds, a mansion (Henri Bendel’s custom-built home, the center’s art museum) and Heckscher Farm, a working facility that enables visitors to experience the raising of livestock and food production in an up close and personal way. For eighty years, the SMNC has remained a vital and much-loved local connection to culture and the environment.

“It’s the largest nature-based organization in Fairfield County,” says Melissa Mulrooney, SMNC’s CEO and executive director. “What we needed when I arrived in 2005 was more space for programs and events.” Intent on making this possible, she and the board set in motion an ongoing push for improvements. They started by commissioning a master plan from the Hartford architectural firm of Tai Soo Kim Partners. Despite the timing of the effort, deep in the recession of 2008 through 2010, they developed a framework to ready the center for a bright and busy future.

In the meantime, Mulrooney and the board did not wait to make small upgrades to bring some polish to this local jewel: repairs to the Bendel mansion, improved electrical and lighting systems and adaptive use of program spaces.

As the financial climate improved, a strategy took shape, with the board and key local boosters contributing.

The first big moment arrived last October. With a third of its capital program goal of $15 million in hand, a group of celebrants that included Governor Dan Malloy and Mayor David Martin gathered to break ground for the first addition to the SMNC’s infrastructure in fifty years.

The soon-to-come 4,000-square-foot Environmental Education Farmhouse on Heckscher Farm is just the first of a series of steps to insure an up-to-date and optimal experience for families, student groups and other organizations that use the SMNC. “The farmhouse is an immediate capacity builder. While we love getting kids and grown-ups out in every kind of weather—our nursery program features small-sized wellies just for that purpose—it will be great to have this four-season, rain-or-shine space,” says Mulrooney. The state of the art teaching environment that the farmhouse provides, complete with a beautiful viewing vantage on its Overlook Terrace, will enable even more visitors from the city and the county to access SMNC programming. In addition to this large structure, maple sugar harvesting and apple cidering—both popular hands-on programs—will have a new facility relocated adjacent to the property’s large stand of sugar maple trees.

Still to come is a truly twenty-first century addition, the Astronomy and Physical Science Center, an 8,000-square-foot space that will include a planetarium, an auditorium with seating for 100, and an observatory that will house a twenty-two-inch telescope for public viewing. “The new facilities will not only maximize our service to the community and county, but support dynamic program growth [for] years to come,” says Mulrooney, who expects the farmhouse to open in the first half of 2019.

“The new facilities will not only maximize our service to the community and county, but support dynamic program growth [for] years to come.”
–Melissa Mulrooney, SMNC CEO and executive director